Lockdown: Popular Multiplayer Games You Can Play With Friends and Family During Coronavirus Outbreak

Here’re some popular multiplayer mobile, PC, and console games that you can play as cities go under lockdown. 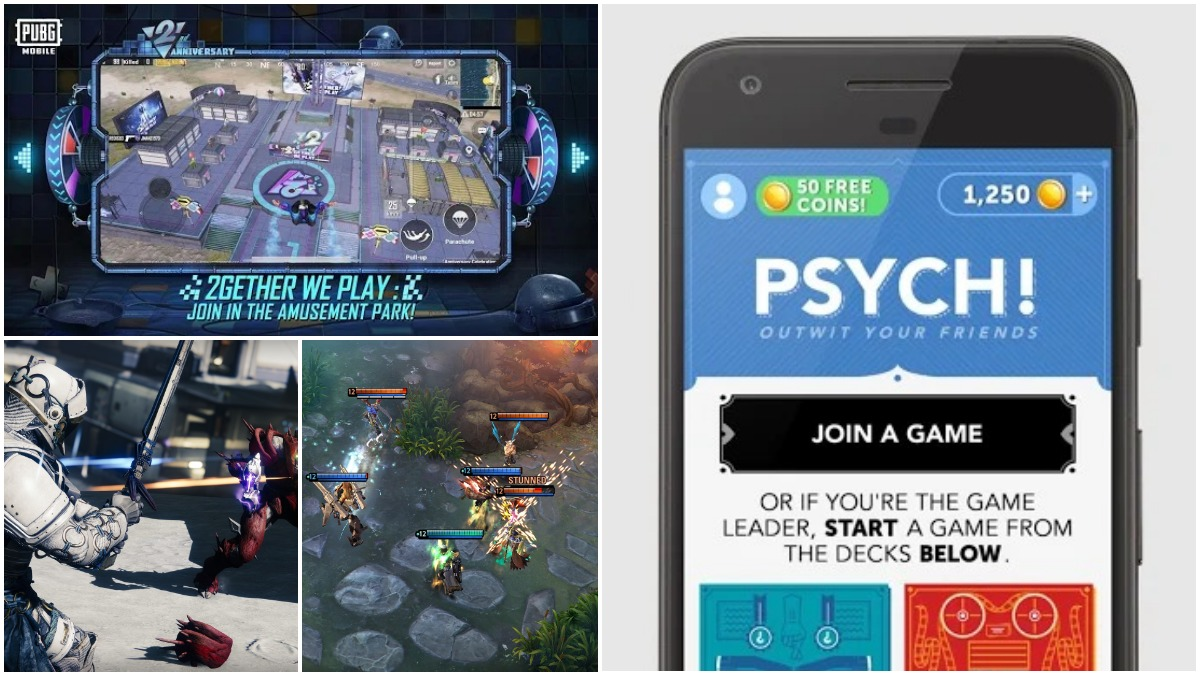 Coronavirus has disrupted the lives of people across the globe, forcing them to stay indoors. With India opting for lockdown in all major cities in an effort to stem the COVID-19 spread, people are unable to meet their friends, co-workers, and family, making digital communication the only way to reach out and catch up with others. While this is a necessary step towards fighting the outbreak, staying at home indefinitely can become monotonous and boring. So, here's a list of multiplayer games that you can enjoy with your friends during the lockdown:

PlayerUnknown's Battlegrounds is an extremely popular game and has a huge fan base. It follows the battle royale format where around 100 players are dropped in a huge map where they have to search for weapons and equipment, gear up, and eliminate other players to be the last one standing. The battle royale can be played in teams of four, two, or you can head to the battlefield solo. PUBG is available on PC on Steam, console, and mobile, and while the mobile version is free, you'll have to pay for the PC (Rs. 999, Lite version is free) and console version (Xbox – Rs. 1,300, PS4 – Rs. 1,999). PUBG Mobile can be downloaded from the Play Store on Android devices and App Store on iOS devices.

Warzone is another battle royale that you can play on both consoles and PC. Even though it is an added game mode to Call of Duty: Modern Warfare, Warzone can be downloaded for free. Since its release earlier this month, Warzone has seen more than 30 million players drop in to the game which means you'll easily find people to play along with. The game adds some new and interesting mechanics on top of the standard battle royale experience. Warzone also allows up to 150 players to be on the same map, making it even more intense. So, if you're interested in checking out Warzone on PC, head to Battle.net and download the game. Console players can visit the PlayStation store or the Windows store to get the game.

Portal 2 might be quite old, but it is among the most entertaining and at the same time challenging puzzle games. You can play it with one other friend so it's not a massive multiplayer experience like the others, but it can surely entice you the same. The puzzles are sometimes pretty straightforward but mostly tricky and both of you will have to work together to clear a multitude of levels. If you fail in the game, you won't have to start all over again or loose your progress as it just respawns you. Portal 2 is available on Steam for both Windows and Mac for the price of Rs. 349.

Psych is a very interesting and fun multiplayer party game on mobile. There are multiple categories in the game for you to explore. ‘Is that a fact' is where you have to make up facts to try and fool your friends into believing them. ‘Movie bluff' – you'll be given a movie title, but you and your friends will have to make up the plot, again trying to “psych” your friends. It is super simple to get into a match; jut share the code you get on screen and you're all set. Psych is available for free on both iOS and Android devices and can be downloaded from the respective stores.

Another mobile multiplayer game, Coup is all about deception and manipulation. It is based on a popular board game and involves eliminating other people's cards to be the last player alive. You will need to collect ‘influence' and strategise to effectively kill the opponent's cards but beware, the opponent is doing the same. Bluff about your cards to try and collect more influence but be ready with a backup plan in case you get caught. Check out Coup on iOS and Android for free.

Counter-Strike: Global Offensive is another popular PC first person shooter (FPS) that is consistently among the top played games. There are two teams, Terrorists and Counter Terrorists, and the main objective for the Terrorist is to plant the bomb at designated locations on the map. The Counter Terrorists have to either eliminate all Terrorists before they plant the bomb or defuse the bomb after it is planted. You will have to purchase weapons at the start of every round so spend your money wisely. Counter-Strike: Global Offensive is available for free on Steam for Windows and Mac users.

Mini Militia offers a 2D online multiplayer experience for up to 6 players where they have to fly around using a jetpack and kill their enemies using the weapons found in the map. It has both online and local multiplayer. You can team up or play free-for-all in the 20+ maps that you can choose from. The controls might take some getting used to but once you do, it's really fun. Be sure to do some offline practice before you head online. Mini Militia - Doodle Army 2 is available for free on the Play Store and the App Store.

Destiny 2 is another popular free-to-play first-person shooter game that has challenging co-op missions as well as PvP (player vs player) modes. You can play through the campaign with your friends and explore the beautiful mysterious locations spread across different planets. Level up with your team and find gear that will help you defeat the dark forces, as you try to defend humanity. Destiny 2 is available on Steam for PC players and the respective console stores for Xbox and PlayStation players.

Developed by a company called Super Evil Megacorp, Vainglory is a free-to-play MOBA (Multiplayer Online Battle Arena). It has a 3v3 and a 5v5 game mode where two teams start from either ends of the map and fight to destroy each other's base. There are turrets along the way that will have to be destroyed first, before you can reach the other team's base. Kill other players and minions to get gold and spend it to become stronger by upgrading your moves and armour. Vainglory is also available for free on Android and iOS, as well as on PC (Steam).

Released back in 2015, Tom Clancy's Rainbow Six Siege is a popular first-person shooter. It emphases on close quarter combat where both teams have to use their smarts and their tools to defeat the enemy team. It requires tactical decision making and strong coordination with your team to clutch a win. Tom Clancy's Rainbow Six Siege can get highly competitive as the two teams are placed in a small map, trying to outsmart each other. It is available on Steam for Rs. 399 and Rs. 1,999 on both Xbox One and PlayStation 4.