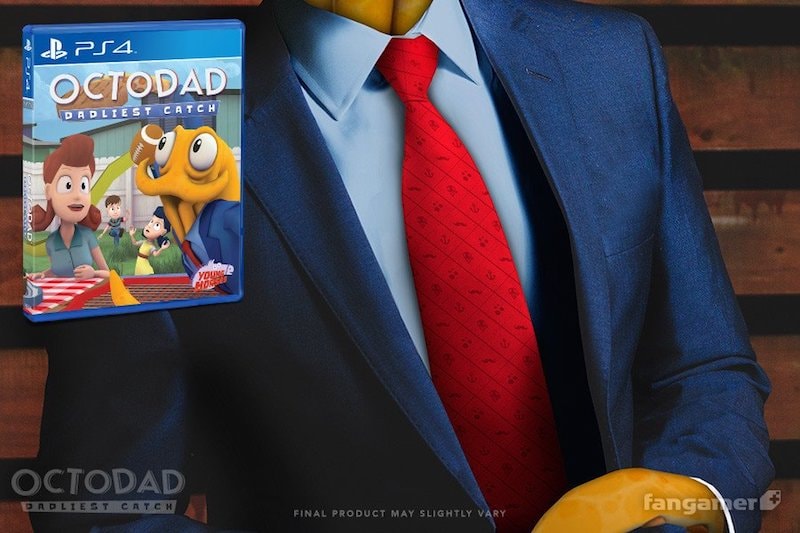 Video games have steadily embraced digital releases over discs or cartridges. Publishers and developers benefit from savings on production, boxes, printed manuals, and of course distribution. With incentives for gamers such as free games (pre-ordering Dishonored 2 for example, netted you the first game as well) and preloads allowing you to play the moment a game is out, it’s easy to see why the gaming has embraced digital downloads in a massive way.

And then there’s Limited Run Games. Founded by Josh Fairhurst and Douglas Bogart, it’s a two-man label that tries to bring the best digital releases to physical formats. As the name suggests, the games the label releases are finite in supply. What’s more, they can only be bought from the Limited Run website.

Limited Run’s catalogue include physical releases of modern day hits such as Firewatch for the PS4, and Volume for the PS Vita, as well as cult classics such as Lone Survivor on both consoles. We spoke to Fairhurst to know more and started off by asking how Limited Run selects the games it chooses to release.

“The games we’ve put out have been a combination of developers and publishers seeking us out and us seeking them out,” Fairhurst explains. “We tend to focus on games that we personally enjoy a lot – massive popularity isn’t a requirement as we feel like all good games deserve a shot at preservation on disc.”

A physical archive
Given how we’re seeing certain games being lost to the ether despite being on platforms like Steam and PSN, and in some cases, entire platforms being cancelled, we had to ask what his thoughts on the industry’s attitude towards video game preservation.

“I think we [as an industry] are actually quite reckless with preservation. The vast majority of games released now are digital only and when the servers they’re stored on get shut down, they’ll all be gone forever,” he said. “Sure, many of these games may not be super popular or even that great, but each game is still a part of the history of our medium. We need to be more vigilant about getting these games preserved in physical formats so future generations can enjoy them.”

Considering that digital distribution is so widespread, you’d think Limited Run caters to collectors alone. Fairhurst acknowledges its appeal to those looking to have all their games on physical media as a primary audience, but it goes beyond that.

“It’s mostly collectors, but there are also gamers who loved a specific game, and gamers who don’t have access to a high-speed Internet,” he admits. “We definitely have a wide variety of customers.”

Solving for discovery
Consumers and preservation aside, Limited Run appears to solve another concern. Previously Fairhurst had stated that according to Sony, some developers made more money via physical releases on Limited Run.

It made us wonder if this had to do with one of the more inherent flaws of digital distribution — discoverability. There’s only so much space platform holders like Valve and Sony would allot to an indie digital release for gamers to see a new title.

“Yes, absolutely – I think after release week, games get buried on PSN, only surfacing for sales here and there. Releasing through us gives developers a chance to resurface while still selling their games at the original price or higher,” he says. “We’ve helped a lot of developers reach a new audience of people who may have otherwise never seen their game.”

Interestingly, a majority of the firm’s successful releases have been for the PS Vita. While fans of Sony’s handheld are a rabid bunch, we wondered what will become of them - and Limited Run - the moment Sony announces the console’s inevitable end of life.

“I think Vita fans will stick with us until Sony tells us that Vita manufacturing is over. Once that happens, it’s my hope they’ll migrate over to our PS4 releases,” Fairhurst says.

Will Switch be the next home for Vita fans?
Fairhurst feels that with the advent of the Nintendo Switch, PS Vita owners may have a new platform to call home.

“I also see a lot of opportunity in the Nintendo Switch. I think many Vita fans will pick one up, maybe even begrudgingly, by the time the Vita is phased out. If we start publishing games there, I think that would be a nice place for Vita fans to relocate, should that become a necessity,” he says.

Nintendo stating it doesn’t plan on calling quits on the 3DS just yet, but Limited Run is trying to get the nuts and bolts in place for the Switch instead, rather than chase the 3DS.

“We’re really going to try and focus on going all-out on the Switch," says Fairhurst. "Moving to 3DS would be costly and time-consuming and by the time we figure it out, we might as well just have focused on the Switch.”

Steelbooks and other perks
Limited Run is also known for the unique embellishments adorning its physical releases, such as original soundtracks, colour manuals, and even gold foil covers. Although Fairhurst remained mum on what to expect next, we had to ask what was stopping Limited Run from adding steelbooks — metal cases that usually sport a cover art different from the standard edition of the game — to its repertoire. They seem like an obvious addition what with nearly every game publisher, and even movie studios using them for their physical releases in some form or another.

Fairhurst says there are two reasons why Limited Run isn't doing this, the first being pretty practical. “Steelbook has a pretty high minimum order quantity and they’re expensive,” he states. But there’s more to it.

“We’ve also noticed that collectors are pretty split on steelbooks since they kind of stick out on a shelf next to non-steelbook releases. If the right opportunity presents itself, we may do steelbooks, but we’d only do that in a situation where standard packaging could still exist.”

Complementing, not competing
The conversation shifts to the company’s release line-up. Some of the biggest indie games of 2016, such as Firewatch and Oxenfree have been released via Limited Run. In fact, 2016 was a widely regarded as a bumper year for indie development with the likes of Virginia, Inside, and The Witness also releasing to critical acclaim. However don’t hold your breath for a physical release through Limited Run just yet.

“We’d certainly like to do those games, but we haven’t signed anything. Unfortunately, we’ve heard that some traditional publishers see us as rivals or competition – so it may be unlikely to see something like Virginia, which was published by 505 Games, who have done several of their own physical releases,” Fairhurst reveals.

Nonetheless, he’s adamant that Limited Run is far from being competition to traditional publishers, rather it complements their efforts.

“On the competition thing – we really don’t see it that way. We’re a platform they can utilise to push physical versions of their games that they otherwise may not feel confident in taking to retail. We’re not here to compete with them,” he says.

Going back to its release line-up, earlier it was teased that March 2017 would see a release of a PS4 exclusive game, only available on PSN. Intense speculation suggested this could be Let It Die, an online third-person action game from Suda51, director of over the top titles like No More Heroes, and Killer Is Dead. Since Limited Run did release Silver Case, another game helmed by Suda51, this seemed like a distinct possibility. But Fairhurst says that's not it.

“It’s PS4-only in terms of us – the game is available on Vita, but we weren’t able to work on the licensing on that front so it’s PS4-only for our release. It’s a complicated license that we’re really excited to be doing a release for. It isn’t Let It Die,” he confesses.

Yakuza 5 English disc release
Though Fairhurst was tightlipped on what it could be, he left us with what could have been — an English physical release of Yakuza 5.

This entry of Sega’s long-running action crime drama series did not see a release on disc outside of Japan, despite the stellar Yakuza 0 getting a go.

“If I could literally have the chance to bring any digital game to disc, regardless of licensing and work – Yakuza 5. We’ve already gotten a firm no on that from Sega, but it is still a dream game!”