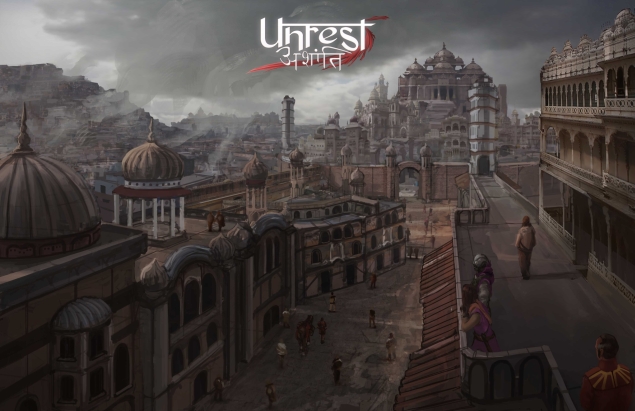 India's vast historical and cultural heritage has rarely made its way into PC games. The few games that are set in the country usually follow the lives of famous historical figures or events, such as the Rani of Jhansi in the Revolt of 1857, in Age of Empires III: Asian Dynasties.

Games that let you play as ordinary Indian people are virtually non-existent. Unrest, which is set to release for PC, Mac and Linux through Steam on July 23, is one such exception.

Pyrodactyl Games, the studio behind Unrest, took its pitch to crowdfunding website Kickstarter last year. The developers asked for $3,000 and raised $36,000, far more than expected. And that's how the Jaipur-based studio, founded in 2009 by Arvind Raja Yadav, who was studying at Manipal Institute of Technology at the time, got started on its latest game.

Unrest is a role-playing game, and your in-game decisions affect how the story plays out. Set in the fictional city of Bhimra, you play characters such as a woman being forced into an arranged marriage; or another woman who was once an heir to the throne but is now a nameless street urchin. "Unrest places a big emphasis on player freedom, and each scenario in the game can end in a lot of different ways depending on how the player interacts with other people and the world around them," Yadav told NDTV Gadgets in an email interview. 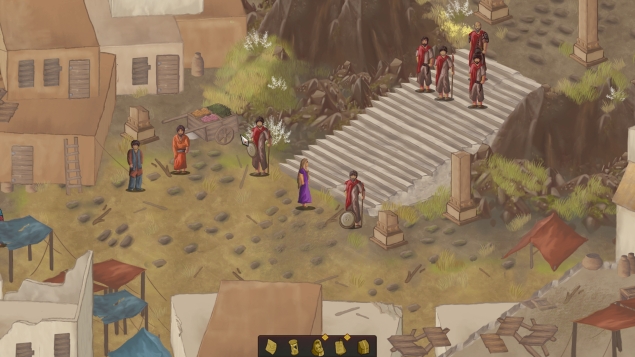 Unrest's art isn't the most polished you can find in today's games, but Yadav feels that the style - influenced by Indian miniature paintings - appeals strongly to the game's core target group. "I think Unrest's artwork will appeal to people who value gameplay over raw graphical horsepower. Different games have different visual styles, just like any visual medium," he says.

The game is clearly the product of a small team, and as a result, feels unique compared to the releases you get from big studios these days. The developers have made choices that will appeal to some players, and put others off, and the art style is just one of them.

For example, when we played Unrest, we noticed that the game lacks voice acting. Pyrodactyl Games didn't include voice in Unrest to avoid restricting the structure of the plot. "While voice acting can add character to your dialogue, it restricts the amount of dialogue you can write, as well as how open-ended the game can be," Yadav says.

And looking at Yadav's past works, it's clear that he is interested in making open ended narratives, and brings his individual stamp to the games he makes. He puts a lot of himself into the games he makes, and admits that the release of his first game left him in depression.

"There is often a period of post-release depression whenever I release something that I've worked on for a long time," he says, and adds, "Since it is my creation, it feels like something that was mine now belongs to the world, which leaves a void in its place (until the next project). On top of that, A.Typical RPG was my first game, and I was very inexperienced at that time."

All three games listed on Pyrodactyl Games' website (Unrest, A.Typical RPG and Will Fight For Food) fall under the role-playing genre. Yadav says he likes making role-playing games. "While growing up, several RPGs (Planescape: Torment and Deus Ex in particular) had a huge influence on me," he says. "Compared to other games at the time, the level of freedom they allowed and the way it seemed like the word would react to what I do made them almost magical to me." 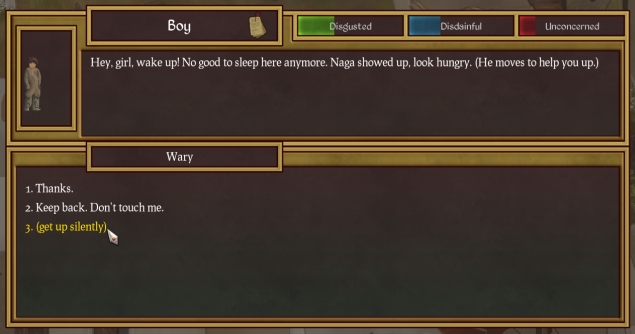 But becoming a game developer, one able to follow his own tastes, was a challenge. For one thing, pursuing game development as a career in India is not easy. Thus, it comes as no surprise when Yadav says his parents were initially sceptical of his career choice. "They were quite sceptical when I was in second year in college. My father didn't even let me use his laptop because he was afraid that 'beta bigad jayega (my son will get spoilt)'," Yadav says.

That didn't deter him from chasing his dream and he used an "archaic beat up netbook that was given to me by my college" to make A.Typical RPG. "[It] was one of five RPGs in IndieDB's Top 100 Anticipated Games of Next Year. That made my parents think that maybe this game development thing has potential," he says.

If getting into game development in India is a challenge, then finding backing to make a game that isn't a mobile game that follows the latest trends is an even bigger problem. But Yadav says the kind of game he wanted to make (Unrest) was best for PC. Because most Indian game publishers focus on mobile games, he didn't approach them.

"As for getting your own game published, I think it would be pretty difficult if you restricted yourself to India - I have had to either independently publish my games or use foreign publishers," he says. With the help of a few international developers who joined Pyrodactyl Games, Yadav took Unrest to Kickstarter. The gaming community responded and a year on, Unrest is nearly ready.