How to Keep Classic Video Games From Getting Lost Forever 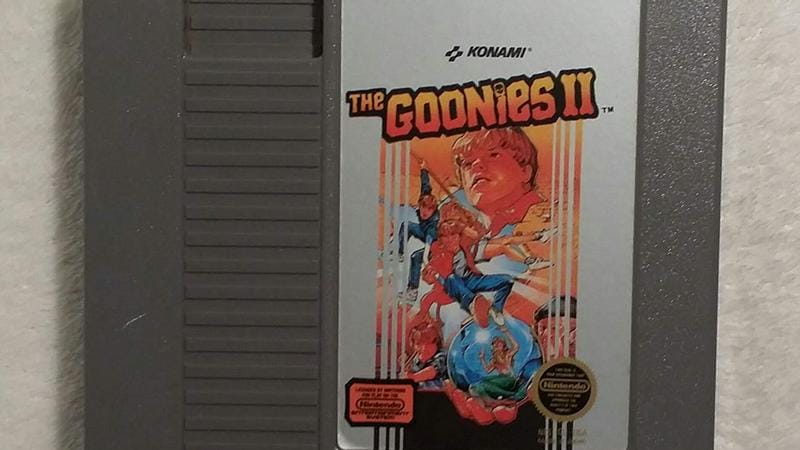 The copyright protections for more than 50,000 works of literature, music and film expired on January 1. Alas, sometimes the ravages of time ignore US copyright law.

Because of legislation enacted in 1998 that effectively placed a 20-year moratorium on copyright expirations, 2019 marked the first time in two decades that protected works came into the public domain. Unfortunately, for some compositions, "public availability" is no more than a legal fiction, as the last copies of some works were lost long before their copyright protections expired. If the video game industry isn't careful, many of its classic games - especially the ones that are only legal to play on rapidly ageing hardware - could suffer a similar fate.

Over the holidays, I thought about this problem while watching my 6-year-old daughter play Super Mario Bros. It's all so familiar - the green pipes, the pitfalls, the frustration. Mostly, she has the basics down, though star "power-ups" still cause her to panic.

Nintendo's 2016 throwback to its 1985 console, the NES Classic, has allowed me to share games special to my childhood with my daughter. Unfortunately, the NES Classic plays only a handful of games from the old system. The original game catalogue included more than 700 titles, and I'd love for my daughter to experience some that didn't make Nintendo's cut - namely, my childhood favourite, The Goonies II, in all its 8-bit synthesised Cyndi Lauper soundtrack glory.

To play most old games, though, you need the original system and game cartridges. Third-party vendors on Amazon and eBay still sell used NES consoles and games, but any 30-year-old electronic device will be at perpetual risk of malfunction.

Another way to play them is through Read-Only-Memory images, referred to as "ROMs" in the video game community. ROMs are digital game files converted from the original cartridges to run on computers. The process is entirely legal - if you own the original product. Otherwise, downloading a ROM is technically piracy.

Until recently, game companies mostly turned a blind eye to ROM downloads. This changed when Nintendo began releasing some of its back catalogue, first through the NES Classic, then the SNES Classic. Less than a year after the latter's release, Nintendo sued two of the most prominent US-based suppliers of ROM games, alleging millions of dollars in damages through intellectual property theft. Both websites shuttered.

The House of Mario has every right to protect its intellectual property, although this litigation raises some questions. In the digital age, how should the preservation of history be balanced with the rights of businesses? Artistic works and games tied to obsolete technology are in a particularly precarious situation. For proof, just peruse the Wikipedia page for "lost films."

Nintendo will continue converting old Mario, Metroid and Zelda games for play on future consoles. These are, after all, some of the biggest titles in gaming history, just as likely to fall "out of print" as, say, the Star Wars films or Jaws. But what about the more obscure games?

The Goonies II, of cherished memory, isn't legally available anywhere outside the original cartridge. What happens if the last working copy wears out before a digital rerelease? Unless they use the video game black market, scrupulous consumers, otherwise willing to pay game creators for their work, could no longer enjoy the game - nor could the game's developer collect royalties.

Admittedly, losing The Goonies II to the ash heap of history would not be a great tragedy. But it would be a small one, and I would lose the ability to share a small joy of my childhood with my daughter.

To avoid this problem, Congress could modify copyright law - or companies could respond to changing consumer habits. Both the NES and SNES Classic systems, with their small but mighty libraries, have been wildly successful, demonstrating that there's plenty of demand for legal access to old games. My daughter is just one beneficiary.

In the future, perhaps Nintendo Classic systems could come preloaded with hundreds of titles rather than dozens. Or, taking a cue from streaming companies such as Netflix, it could offer subscription services to its back catalogue. Another option: Video game companies could even legitimise the ROM industry through licensing agreements.

Sometime around 2070, consumers will begin celebrating "public domain days" for video games. Whether many of these games will still be playable depends, in large part, upon the actions of the companies who own the rights to their use. Nintendo's release of the Classic systems is a good start, but it shouldn't stop there.

Providing consumers with legal access to a deeper catalogue of old games would introduce a new generation to the innocent fun of '80s video games - and ensure my daughter, her daughter and her daughter's daughter all have access to games such as The Goonies II.