Fortnite Android Beta Is Out and Here are Our First Impressions 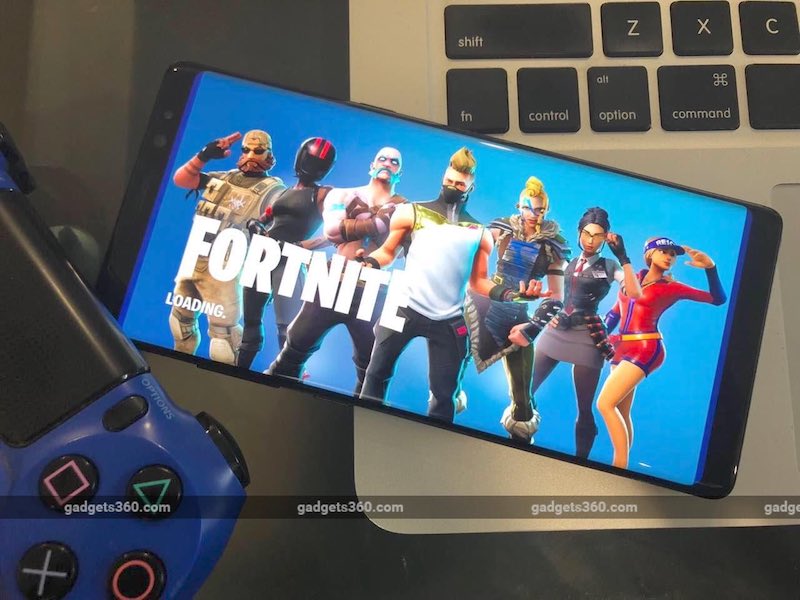 After the Fortnite Android beta download and a brief set up, we tinkered with the game's settings. The game has four graphics options - Low, Medium, High, and Epic. A fifth option allows you to let the game automatically select the best preset.

With reports suggesting that Fortnite Mobile for Android would not be too kind to any smartphone that wasn't on the bleeding edge in terms of specifications, it wasn't surprising that the High and Epic settings were inaccessible for us even on the high-end Galaxy Note 8, forcing us to opt for the game's Medium settings. Although when you consider the iPhone X and iPhone 8 Plus allowed us to play Fortnite at Epic preset, it was disappointing that the Samsung Galaxy Note 8 isn't afforded this luxury given that it fits in a similar price bracket.

In our time with Fortnite for Android, the touchscreen controls didn't feel as responsive as they should have been, making shooting and jumping more painful than they should have been. This was compounded with occasional instances of lag and stutter. Due to the Fortnite Android beta's online nature and high device requirements, it's tough to pinpoint the exact reasons for this. Dropping from Medium to Low didn't help matters either, just made the game look worse without smoother performance. Furthermore, the Galaxy Note 8 got pretty warm. The entire experience felt suboptimal.

Digging through the Samsung Galaxy Note 8's settings however, offered us some extra flexibility. Toggling the smartphone's resolution from the native 2960x1440 to a 2220x1080 resulted in slightly better performance with a near negligible hit in visual quality when using the Medium preset. Enabling the Samsung Game Launcher allowed us to override the game's preset to force settings for maximum performance. This was more enjoyable experience thanks to a stable frame rate, letting us line up our shots and take in the sights of Tomato Town and lush foliage of Wailing Woods without having to resort to the Low preset. Oh, and the Note 8 didn't get too hot either.

We then dropped the Note 8's display further down to 1480x720, and while it did make for a better experience, the game looked significantly blurrier on the smartphone's 6.3-inch display, making the choice of using a resolution of 2220x1080 with the Samsung Game Launcher and the Fortnite Android beta in-game settings locked to Medium for the best experience.

Considering that this is still in beta and is subject to more updates and fixes, Fortnite Android could see steady improvements over time, much like the iOS and Switch versions did post-launch.

Right now though, the kitchen sink approach to feature set of the Galaxy series is a perfect fit for a game that evolves with every update. You may not have to go through the hoops like we did to get the best out Fortnite, but if you have to, it's always handy to be able to change your resolution or force settings for better performance on the fly.

One might argue that this is counter-intuitive to how mobile games are supposed to be and adds a level of complexity that makes PC gaming so unappealing to many. And that's not wrong. That said, if you're sideloading Fortnite on your Android device, you're probably right at home with tweaking your settings to get the best out of your games and apps.

If you’re already playing it on the PS4, Xbox One, PC, Nintendo Switch, or iOS, at this juncture, Fortnite on Android is not without promise. Unless you're willing to dig into your phone's settings though, we'd recommend waiting until Epic optimises it further.