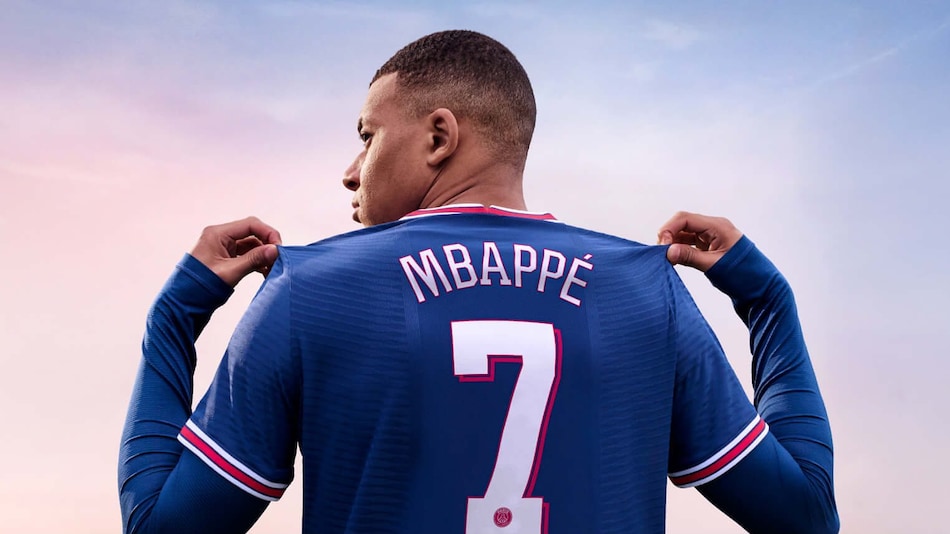 FIFA 22 is set to release on October 1. EA Sports' annual football simulator is back again with the latest squads, player ratings, and a first-in-the-franchise HyperMotion Technology that will exclusively be available on next-gen consoles and Stadia. If you've played the recent FIFA titles, you pretty much know what to expect in terms of gameplay and match formats. Over 17,000 players, over 700 clubs, and over 30 officially licensed leagues will be available to you on FIFA 22 to test your skills against AI, online players, and your friends in couch multiplayer like all previous titles. Indian football fans have a reason to rejoice as FIFA 22 will also feature the Indian Super League and its 11 clubs, for the first time ever. The recently founded UEFA Europa Conference League will also be featured in FIFA 22.

From the release date to its various editions and their prices, here's everything you need to know about FIFA 22.

FIFA 22 will be available in two editions. FIFA 22 Standard Edition will offer a Kylian Mbappé Loan Item, FIFA Ultimate Team (FUT) Ambassador Loan Player Pick, Team of the Week 1 Player item, and Career Mode Homegrown talent. FIFA 22 Ultimate Edition, on the other hand, will bring all the perks of the Standard Edition, along with Untradeable Ones to Watch Player Item, four days early access, and 4,600 FIFA Points.

Just like earlier instalments, FIFA 22 will come with a Career Mode as well, but this time you'll get to build a team from scratch, customising everything from its home stadium to the kits. In Ultimate Team, apart from a new seasonal progression, there will be more FUT Heroes in the roster, including the likes of David Ginola, Freddie Ljungberg, Ole Gunnar Solskjaer, and Robbie Keane. FUT 22 Icons this time will feature a plethora of stars, including Wayne Rooney, Iker Casillas, Robin van Persie, and Cafu. Volta will also make a return and this time players will be able to trigger special abilities during a match to boost certain attributes.

Players on PS5, Xbox Series S/X, and Stadia will get to experience HyperMotion Technology, which brings in an improve AI, notably better player animations, and a touch of more realism in the game.

FIFA 22 features updated player rankings for all athletes in the game, which EA Sports say has been “powered by The Ratings Collective” talent scouting network. As per the game's official database, Paris Saint-Germain's newest star Lionel Messi continues to dominate the tables with an overall rating of 93. Robert Lewandowski and Cristiano Ronaldo are ranked second and third with 92 and 91 points, respectively. Kevin De Bruyne and cover star Kylian Mbappé round up the top 5 rankings with 91 points each at fourth and fifth spots, respectively.

If you're subscribed to EA Play, you can access a 10-hour free demo of FIFA 22. The early access trial kicked off on September 22 and will last up to the release day.

As mentioned earlier, FIFA 22 Ultimate Edition customers will get a four-day early access to the full game, starting September 27.

You can also keep a tab on FUT Club on mobiles, tablets, or any Web browser with the FUT 22 Web App. You can access it on your Web browser here, or download it via App Store or Google Play.

As per a recent leak, FIFA 22 review embargo lifts on September 27. Expect reviews from all leading publications to start pouring in soon.