Eight Years Later, Microsoft Gearing Up to Launch Another Xbox in India 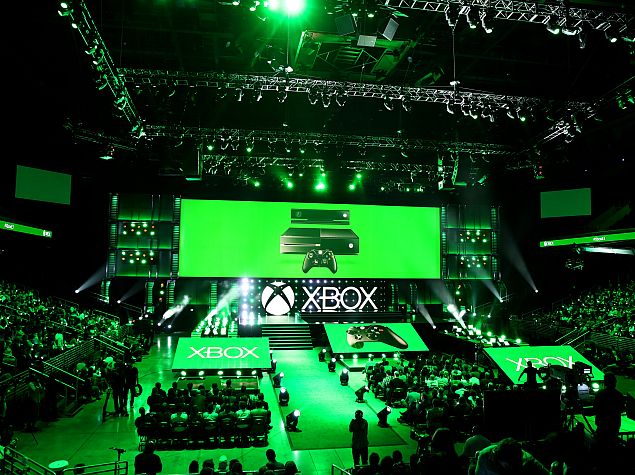 While Microsoft launch the last console generation in India with bang, the entry of its new device the Xbox One has been a slower process. Sony has enjoyed around a eight month head-start since bringing the PlayStation 4 to India, while the Xbox One has only recently gone up for pre-orders in the country.

This is a complete reversal of the launch order since the previous generation, where Microsoft stole the spotlight by beating Sony to the market by an identical eight-month period that it's lagging behind in the current generation. Sony could also not match Microsoft in terms of price, launching the PS3 at Rs. 39,990 in a market where the Xbox 360 was available at Rs. 23,900 for the entry-level model.

Interestingly, while the PS4 has been launched carrying the same price tag as its predecessor nearly 7 years later, this time around the base model of the Xbox One has caught up with Sony's offering, while the model with Kinect sensor will set you back by Rs. 45,990.

We talked to Anshu Mor, Director - Interactive Entertainment Business, Microsoft India, to get a sense of how things have changed for Microsoft beyond the price tag of its console.

The biggest change we spoke to Mor about was ithe change in distribution model of the new Xbox. While Xbox 360 was widely available at retail locations in 2006, this time though, Microsoft is only selling the Xbox One online and that too via just one vendor, Amazon.in.

Unlike others who talk about the importance of an in-store presence helping drive awareness about consoles, and in turn sales, Mor's belief is that Amazon can help Microsoft more accurately track and sell its consoles.

"There are multiple reasons [behind the move], " says Mor, "fundamental one being that the gaming industry overall hasn't really scaled and e-commerce helps us to address the right people. A lot of the people who're going to buy an Xbox One are digital natives, they shop online usually anyway, and we wanted there to be a single destination."

At the same time, he talks about the problems related to selling consoles at retail outlets - Internet connections (which are required to show many of the functions) are unreliable, and high staff turnover leads to limited awareness of a product with broad capabilities.

"We're still going to be doing ground level demonstrations, but it will be in malls and other locations, instead of in stores," Mor adds.

More targeted marketing
Another big difference for Microsoft in this generation is that the Xbox "brand" is not an unknown thing anymore, and the outreach can fully focus on the new One. When the company launched Xbox in 2006, it was with a huge ad campaign in both print and on television, starring Yuvraj Singh and Akshay Kumar. Eight years later, Microsoft has barely done anything to reach out to customers at this late date.

"Back then, we had to introduce the brand, it was our first console in India," says Mor. "Today, we're digitally connected to the consumers, and social media and digital marketing is core to the model. Closer to the launch, we'll bring a lot of Xbox One experiences offline - but it will be outside the stores. We will have a presence in malls and places where we think that the audience will be present."

Another change since the last launch, according to Mor, is that mobile devices have opened up a new audience of gamers that the company can speak to.

"For one thing, there are the 360 owners [to address], and then there are the new gamers," says Mor. "People are more attuned to gaming right now - thanks to smartphones and tablets."

Amazon has been doing its bit to market the console with banners on the home page, amongst other things. All is seems to have paid off, at least for now. According to Mor, the pre-orders for the Xbox One on Amazon have been "phenomenal", in his own words. With eight years between the two devices, it's not fair to compare the launch of the Xbox One to the Xbox 360, but when pressed for details Mor merely says that the Xbox One is faring much better than its predecessor.

Also, contrary to what one might expect, the more expensive variant is selling better in India.

"The Kinect SKU sales are much higher than the standalone console, it's about 75 percent to 25 percent," says Mor. "The second controller is also being bought, we're seeing an 80-90% attach rate. The FIFA bundle is being appreciated, but that was to be expected because it is by far the number one game being played on our platform for many years."

Closing off the grey market
Consoles by both Sony and Microsoft are a lot more expensive in India than other countries. In Hong Kong, the Xbox One and PlayStation 4 are both priced at HKD 3,380, approximately Rs. 26,000, compared to the Rs. 39,990 in India; the temptation to import a console, or buy one from Palika Bazaar is obvious. However, Microsoft is clear that it will not support these devices, and that is one of the reasons why it is taking the online route.

The retail sellers of the Xbox 360 on the other hand often sold grey market imports, something Microsoft couldn't track unlike online sales.

"The prices are higher in India than ideal thanks to duty structures and taxation," says Mor. "We wanted to be competitive, and added more games, [thus] the value on offer with the pre-order is much higher than you would see in the market."

Unlike Sony, which will provide service to devices imported from other PAL regions, Mor is clear that Microsoft will provide neither warranty nor support to devices which are not bought in India.

"The warranty is only applicable if you buy the console in the country," says Mor. With the Xbox 360, there were times when customers believed they were buying an Indian unit, he adds.

"We don't know anything about the customers details either - online lets us know that customer and engage with them," says Mor. "This model keeps the grey market out of the loop entirely."

We asked him if this switch to an online model simplified logistics to a point where some savings could be passed on to the customers, but Mor says that the market has not got that kind of scale.

"The scale of the business is still quite small," says Mor, "it's not like mobile phones for example. At this size, changes in the supply chain doesn't result in the kind of efficiencies that can affect prices, whereas taxes and duties make a very big difference."

India-specific
The biggest change between the Xbox 360 and the Xbox One is that over the years consoles have shifted to being far more focused on Web-based services. When the Xbox 360 launched in India we faced poor broadband penetration and/ or unreliable connectivity.

Eight years later the Web is becoming a lot more accessible and Mor says that Xbox Live Gold subscriptions - which let you play multiplayer games online and also give you access to discounts and two free games a month, similar to PS+ on the PlayStation - have risen by 300 percent in the last 18 months across the country.

The Xbox One takes Web-connectivity a lot further than the Xbox 360 ever did, and there's a lot of value beyond games. Services like Hulu or Netflix, a big part of Microsoft positioning the Xbox One as the centre of the home entertainment experiences in US and other regions, are of little use to Indian users though . Mor however says that a number of Indian content partnerships are going to be announced when the console releases later this month.

"We're building a comprehensive entertainment portfolio for the Xbox One with India-specific services," says Mor. "We're looking at making sure that there is content around movies and music, both local and international, and also sports. We're also bringing voice control to the country for the first time, and it's a really great experience. The Xbox One isn't just for gaming and we're making sure that our Indian buyers get the full value from their consoles."

Aside from this, Mor says one can expect some localisation around games with an upsurge of indie-developers in the country.

I don't have any projects to announce," he says, but adds, "but there has been some real development of late, and in time, we're going to see some pretty exciting titles."