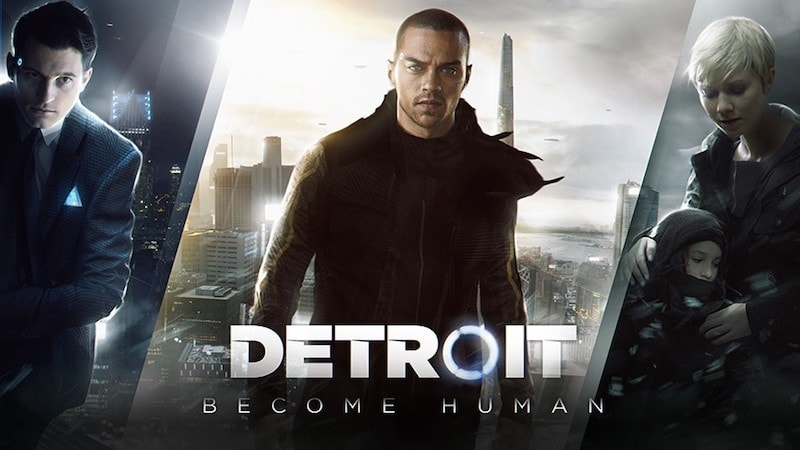 PS4-exclusive Detroit: Become Human is far from perfect but its probably the longest game from developer Quantic Dream. It takes around 20 hours on normal difficulty to get through the story and around 40 hours to see everything. You’ll control Markus, Connor, and Kara — three androids in a futuristic rendition of Detroit — in events leading up to a possible war between humans and androids. Detroit: Become Human’s plot has a host of revelations that extend beyond its initial few hours of play. Keep in mind this is by no means an exhaustive list, but a simple showcase of outcomes we’ve seen in our time with the game — depending on what you do, you may not see all of these choices play out in your playthrough.

A word of warning here — if you haven’t played Detroit: Become Human yet, we highly recommend you play it first before going any further, unless you’re fine with spoiling the experience for yourself. If the title didn’t give it away, there will be spoilers galore from here on out. Don’t say you weren’t warned.

Alice is an android
As the game wears on, you’ll notice that Alice — the little girl who protagonist Kara swears to protect — doesn’t eat despite food offered to her several times over the course of Kara’s story arc. If that wasn’t obvious enough Luther — another Android who joins Kara and Alice on their journey — hints several times that all isn’t what it seems with Alice. On reaching Jericho — the base of the android uprising — Kara stumbles upon a girl who looks just like Alice, then realising that Alice is a part of a series of androids designed to look and behave like children.

Connor keeps coming back from the dead
As you play through the story arc of deviant hunter Connor, your time will be fraught with choices that put you in fatal situations. From negotiating with a rogue android holding a human hostage to saving lives from gunfire, there are multiple instances where Connor can die. However, he can come back from almost all of them. Reason being, he’s from Cyberlife — the company responsible for creating nearly all the androids in Detroit: Become Human’s game world. His memories are backed up regularly and on death, they’re moved to a new body, allowing him to come back as and when needed.

Connor can turn deviant and give you the game’s best ending
Yes, you read right. The game’s fabled deviant hunter can gain consciousness and choose to stand with the android uprising instead of serving Cyberlife. Early on he divulges that he “tests himself regularly” to check for deviancy, though that accounts for little towards the end. On meeting Markus, the leader of the android movement, you can, through a series of easy to pull off button prompts, have Connor switch sides. Doing so opens up another story segment wherein Connor infiltrates Cyberlife to free thousands of androids to tip the balance of power in Markus’ favour and allowing for a peaceful reconciliation with the US government over android rights.

Cyberlife’s Amanda is the game’s big bad villain
Despite an overwhelming number of game’s androids seeking freedoms, it appears there are a few who want to follow the laws of robotics down to the letter. One such android is Amanda. She’s Connor’s handler who speaks to him in a zen garden after specific missions for debriefings. Amanda's modelled after Cyberlife founder Elijah Kamski’s university professor and she’s never really happy when Connor exhibits signs of deviancy or fails cases. If you decide to have Connor turn deviant, she tries to regain control of him remotely in order to have him assassinate Markus but fails if you escape the zen garden in time.

Elijah Kamski created Markus and knows the location of Jericho
As you proceed through the game, you’ll notice that Markus isn’t like other androids. He has the power to grant the rest of them a consciousness (or as Cyberlife believes, turning them deviant) by simply touching them. In the course of Connor’s investigations you come across Markus’ model number which reveals he was an experimental prototype made by Cyberlife founder Elijah Kamski as a gift to Carl, Markus’ owner. Later on, playing as Connor, you’ll meet Kamski himself. He’ll let you ask one question pertaining to the deviant investigation if you partake in the Kamski test — a small experiment designed to see if an android has empathy — by asking you to kill one of his androids. If you do this, you can ask about Jericho and through him, get the location of where Markus and his crew are hiding out.

Markus can trigger a nuclear blast in Detroit
With the android movement catching on, a deviant hid a van housing a dirty bomb in Detroit. After North — one of Markus’ companions convinces it to not use it, she passes on the detonator to Markus. This can be used to trigger a bad ending where humanity is at war with androids.

What did you think of Detroit: Become Human? Let us know via the comments.