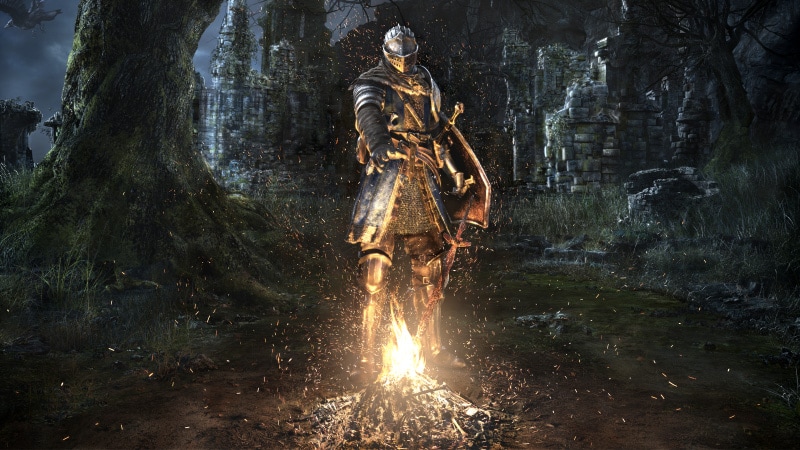 With the sweltering summer sun and the start of the vacation season, it’s a great reason to be indoors. Good thing this month is packed to the brim with game releases, then. We’re just a month away from E3 that will decide how well our holiday season would go, but before that we have Link going on a hack and slash adventure with his friends, a new game from Quantic Dream - a studio that is known for making interactive cinematic experiences - and also an immersive world doomed by the zombie apocalypse.

We start with the game that should hopefully put an end to the drought of Xbox One games. State of Decay 2 puts you in the middle of a zombie apocalypse, but it’s not just all about shooting down the undead with your buddies. Here you have to build outposts, start a community and fortify it to the best of your abilities against everything that stands outside the gates. All this while making harsh decisions about survival. Think of it as the Walking Dead without the chatter.

Get ready to die… a lot! The most punishing game in recent history is making a comeback with better visuals and 60fps gameplay. It comes with the Artorias of the Abyss DLC included with the main game, hitting the right masochistic spots that make this series a favourite with fans. The Dark Souls series and its predecessor, the PS3-exclusive Demons’ Souls, spawned a whole new subgenre commonly referred to as Souls-like and influenced a broad range of titles from indies like Salt and Sanctuary to big budget monster hits like God of War, so if you’re curious to see where it all began, Dark Souls Remastered is a good place to start.

From the makers of Heavy Rain and Beyond Two Souls comes yet another cinematic gameplay experience that’s all about the story. With limited gameplay mechanics, Detroit: Become Human encourages you to play through its numerous sub-plots to get a different outcome each time. We tried out the demo and even though we found the controls a bit un-intuitive, exploring multiple outcomes for a scenario seems like an interesting mechanic. With mind maps that branch out with each decision, it will be interesting to see if the final game would be engaging or a glorified check-list.

This one’s the closest to its release date and we found it to be a solid instalment in our review. The latest entry in the long-running Total War franchise has you forging alliances, managing your ever-growing settlements, and laying siege to invading armies in Britain in 878 AD.
You have 10 playable factions to choose from including Anglo-Saxons, Vikings, Welsh, and Gaelic clans that will determine the fate of Britain in true Total War style.

May has some great musou action headed your way in the form of Hyrule Warriors: Definitive Edition, which is finally getting its much awaited Switch release. Instead of strategically taking on enemies one at a time, here you have Link and his friends from the Zelda universe taking on hordes of enemies with each slash of the sword.

Nintendo’s favourite monkey who’s referred to as ‘Donkey’ makes his entry to the Switch for the first time as well in May. The challenging platformer is making its way to the Switch and it comes loaded with a new playable character - Funky Kong. Funky helps you ease into the game by taking down the challenging bits a few notches. Saves you from the rage that may make you throw your Switch across the room.

The masters of RPGs Obsidian Entertainment are getting the sequel to the highly acclaimed PC game Pillars of Eternity this month. It’s been a long wait for fans but Pillars of Eternity 2: Deadfire, which is a direct sequel to the first game retains the isometric view of the original and even continues the story of the Watcher, while bringing you new locations and a promise of improved gameplay with less filler-based combat. It’s also making its way to the Xbox One, PS4, and the Switch later this year.

Still hooked to the Elder Scrolls Online? You have an expansion to look forward to with Summerset - the second chapter for the MMORPG. Besides the massive region of Summerset at your disposal, the expansion also adds a new trial - Cloudrest, jewellery crafting skill, and the option to join the Psijic Order and level up the new skill line. It’s coming only on PC this month, but the console release will follow shortly in early June.

This isn’t all, if you have a PlayStation Plus subscription or Xbox Live Gold, here’s what you can play this month.

PlayStation Plus Games for May 2018

What are you playing this May? Let us know via the comments.