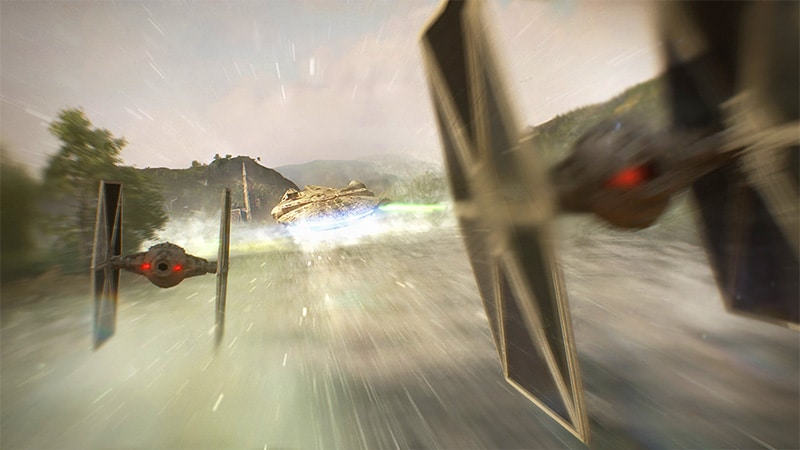 After a hectic October we’re finally descending into the last two months of 2017. With it, we get the last bits of AAA releases of the year. This month’s list of releases is quite like the saving the best for last in many ways, with some incredible shooters, a Need For Speed game and possibly the biggest Star Wars game ever. Read on for all this, and more games we’re excited for this November.

Call of Duty started with World War 2-based shooters , evolved into Modern Combat, played around with cybernetic augments, and now comes a full circle back to World War 2. Sledgehammer Games, the developer behind Advanced Warfare helms this one, and it seems that there’s impeccable attention to detail in portraying the events of the war with as much realism as possible in a Call of Duty game. Needless to say, expect brilliant multiplayer as well.

Call of Duty: World War 2 - Everything You Need to Know

It’s been a pretty good quarter for racing fans. We’re spoilt for choice with the release of Forza 7, Project Cars 2, Gran Turismo Sport {LINK REVIEWS WE HAVE DONE} and this month with the new Need for Speed Payback. Of course, being true to its nature NFS will be more action driven more than just a pure racing experience. From what we’ve seen in the trailers so far, the game looks set with some adrenaline pumping action sequences and fast arcade-like driving. Just the way we like our NFS games.

The first Star Wars Battlefront was grand in scale, but it missed out on a couple of things - a single player campaign and a space battle. Both of those have been rectified in the sequel. Taking place right after the events of Episode VI: Return of the Jedi, the game is packed with characters from the original trilogy and the new episodes. Looks like you’re never getting a prequel character in Battlefront, but honestly, do you miss it?

Need a family game to play with kids? This one’s for you. This cute platformer with an upbeat squirrel protagonist, it has all the makings of a fun game for all ages. Packed with mini games, puzzles and a whacky sense of humour, this looks like a fun option for the weekend.

While the Nintendo Switch users still await a Pokemon game on the platform, 3DS users are getting a new Pokemon adventure this month. But this time it’s a much darker game – literally! Taking off from Pokemon Sun/Moon, the tropical island has been robbed of all its light, and it’s up to the Pokemon trainers to get it back. Expect a stronger focus on narration this time around, along with a new breed of Ultra Beasts.

This isn’t all either, if you’re using Xbox Live Gold, here’s what you can play this month.

What are you playing this November? Let us know via the comments