Making BioShock in Mumbai: How Indiagames Developed the Feature Phone Version of the Landmark Game 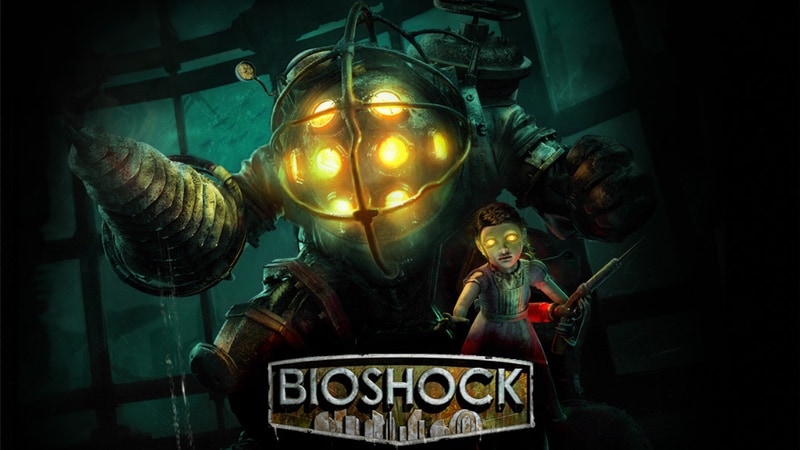 First-person shooter BioShock was a landmark title, marrying engaging story-telling with tight gameplay mechanics, and a unique setting. A large part of the game's appeal lay in its presentation. From slick water effects to its art deco aesthetic, it was a showcase of what the PC, Xbox 360, and later, the PS3 was capable of. So much so that it got remastered for the PC, Xbox One, and PS4.

With its heritage on PCs and consoles, you’d think that the cancelled PS Vita version of BioShock Infinite, and the now removed iOS port of the first game, are the only portable games in the franchise. And that’s where you’d be mistaken.

Before Android and iOS over the mobile world, Java and Brew phones still dominated the landscape. At the time, 2K Games - the company behind BioShock - licensed it out to Mumbai-based Indiagames to develop mobile versions of the classic shooter in both 2D and 3D.

Titled BioShock Mobile, and BioShock Mobile 3D, the two games were released on carrier app stores such as Verizon in the US in 2010, well after the original BioShock was released on August 21, 2007. Work began on the mobile games about a year later, with two separate studios within Indiagames involved. Issues around planning lead to an extended development period compared to most feature phone games that were done in three to six months.

Gadgets 360 chatted with Hrishi Oberoi and Srinivasan Veeraraghavan, two of the people who worked on BioShock at Indiagames, as they took us behind the scenes of bringing the game to feature phones.

“As with any license we had to submit a GDD [Game Design Document] of what we're going to do," said Hrishi Oberoi, who was the games' director at Indiagames. "We submitted it and they [2K] didn't say anything. I don't know if they said anything to anyone else. The only thing they came up with was 'forget this, just do exactly the same thing we've done. Figure it out how to do it on a mobile phone and do that’.”

“Initially [on Indiagames’ initial design document] there were a lot of level cuts [we had made versus the original design] which we had to get in as they were unacceptable," said Srinivasan Veeraraghavan, who was a Senior Producer at Indiagames at the time.

While this might seem odd to those outside the games industry, Oberoi said this was par for the course. He added that licence holders at the time were quite sparse with information.

“You get barely anything. With BioShock it was exactly the same thing," he told Gadgets 360. "They didn't give us much at all. We never saw their GDD. All we got was - 'that's the game, go play the game', we got a couple of calls from one of the producers and the other only snippets we got were 'oh if you want a better sense of what the game should be like, play System Shock 2, play some of Ken Levine's old games.' Nothing more than that.”

Unfortunately for the team over at Indiagames, these warning signs came too late. “This was after we acquired the license [so] we couldn't back out,” Veeraraghavan explained.

The technical challenges of bring BioShock to feature phones
Challenges with the design document and guidance weren't the only issues that Indiagames had to handle however. The company soon ran into another wall, which was the technological limitations of the hardware at the time.

“It was a 40MB file size. We had to split it into parts to tell the story of BioShock on feature phones,” said Veeraraghavan.

At the time a 40MB game on feature phones was unheard of. In order to ensure the game was accessible to its audience, the team at Indiagames had to look at workarounds, because downloading that much data in one go was not possible for many people. The Indiagames team froze on the solution of downloading each level individually, which was a novel solution at the time.

“All levels were downloaded off the server as you played the level, so you unlocked the first level, then as you played the second level, you'd download it over the air,” Veeraraghavan said. “The initial download was around 4MB or 5MB, and then it used to download every five meg over a period of time, five meg used to take about 2.5 minutes then.”

BioShock Mobile - working around dimensions
With a game in 2D and 3D on devices with a fraction of the technical prowess it was originally released on, certain aspects of BioShock Mobile had to be toned down.

A part of the reason of this was the frame rate and other limitations that came with devices of the era.

“You had to do it because you were running a game a low 15fps to 20fps, which you struggled to maintain as well," Veeraraghavan said. "Autolock was very important. You didn't have a mouse, even if you could move, you had round buttons [on certain phones] that you could use to walk.”

The 2D version of BioShock Mobile in particular had other concerns, such as bringing in the element of horror the original was known for.

“We had to play around with blacking out the screen in 2D and showing certain parts of it and we were using this game engine which we had make considerable changes to, to make sure we got the same feeling of the 3D experience,” Oberoi admitted.

Naturally, this resulted in games that were in development for a longer than expected. At the time most games were developed in a window of three to six month. BioShock Mobile and its 3D version took 18 to 20 months, according to Oberoi and Veeraraghavan.

“We had to do that to fit the full console game onto the mobile platforms - that was the only way to do it," said Oberoi. "It was episodic. Gave us the opportunity to sell more SKUs.”

However, given the extended time it took to get the first part of the game, BioShock Mobile was left hanging, and Indiagames never released the follow ups it was supposed to. Time wasn't the only constraint either, as the rising cost of development didn’t make sense to the company.

"We made 50 percent revenue share of each game sold, which was a lot of money for us,” Oberoi added. “Revenue wise, one of the best that we had done till then, unfortunately we had spent a lot of money because of the amount of time that we ended up spending on the game, overall it probably broke even… we ended up spending a lot more time so it cost a lot but the revenue we made was quite a bit. I want to say a half a million to a million dollars, but I can’t remember right now.”

In many ways, BioShock Mobile and BioShock Mobile 3D can be thought of as officially sanctioned demakes - remakes of a modern game for classic platforms. Although 2K’s efforts for portable versions of the franchise on modern mobile devices like the iPhone seem to be over, what with pulling the 2K China-developed BioShock from the App Store, it will be interesting to see if we can ever visit Rapture on the small screen again.

We spoke at length about the development of two BioShock games in India on Transition, our weekly gaming and pop culture podcast. You can listen to it via Apple Podcasts or RSS or just listen to this episode by hitting the play button below.