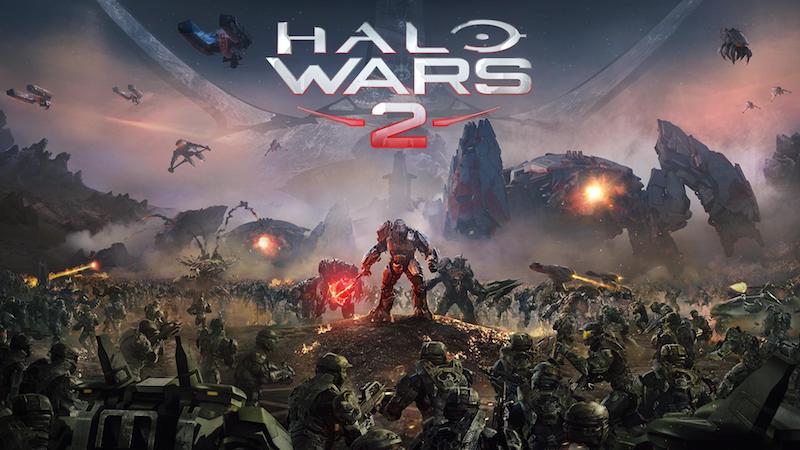 The Xbox One has had a lean year. With the cancellation of Scalebound, and delays for Crackdown 3, Microsoft’s console has seen better days than 2017. It's mostly managed to stay relevant thanks to the Xbox One X, which launched near the end of the year, heralded as the "world's most powerful console". We called it "Microsoft's greatest triumph", so you know what we feel about it.

On the software front, Sony definitely had a better year for exclusives, but if you were a part of Team Xbox, things weren't all bad either. There were still some great games in 2017 - both exclusives and third party games - for those who own an Xbox One. Here are our favourites.

Halo Wars 2
Taking place shortly after what happened in Halo 5, this sequel is set 28 years the proceedings of the first Halo Wars game. You’re in control of the troops of a giant space cruiser known as the Spirit of Fire. And while its the same ship and characters from Halo Wars, you now find yourself on the Ark — a sprawling planet-like installation from other games - against a new alien faction known as the Banished.

Halo Wars 2 may be a sequel to 2009’s Halo Wars real-time strategy game (RTS), but in tone it's much closer to the first person shooter (FPS) that started it all - Halo: Combat Evolved. This is because of slick story-telling, but also intuitive controls, that help bring out the potential of the RTS genre on consoles.

Cuphead
The moment we started playing Cuphead, we were instantly reminded of indie platformers such as Super Meat Boy. That's never a bad thing, though Cuphead is really a run and gun shoot 'em up. In these games, death follows quickly if you land just one pixel in the wrong direction, and the only way to win is by honing your reflexes to get better with each try.

Cuphead is exactly that kind of game. If you enjoy challenging games, you will love Cuphead. It has all the elements of a great shoot ‘em up— fun music, great level design, nice collection of weapons, and a rewarding difficulty curve. Long loading times aside, Cuphead gets pretty much everything right.

Wolfenstein 2: The New Colossus
This shooter is set in an alternate universe where the Axis forces won the Second World War. You're back in the role of series protagonist William "B.J." Blazkowicz, and are tasked with setting up a revolution in America, to fight against the Nazi regime that was set up after the dropping of an atomic bomb in Manhattan. Wolfenstein 2: The New Colossus does not seem to be a game from 2017 - in a good way.

It’s an oddity in an industry that is currently obsessed with open-worlds, micro-transactions, and always online play. It has none of those, and instead sticks to being one of the best single-player experiences we’ve had this generation, and that alone makes it a game that needs to be experienced. That's particularly true on the Xbox One X thanks to enhanced visuals at 4K and 60fps, making it one of the better games to buy on the One X.

Tacoma
Tacoma is a first-person narrative adventure set in the depths of space aboard a space station by the same name. It’s developed by Fullbright, the studio behind Gone Home. Much like in that game, here too, you play a solitary explorer in an abandoned environment. You’re in the role of Amy Ferrier, a contractor tasked with retrieving Odin - Tacoma’s AI - for its owner, the Venturis corporation. You’ll explore the various areas within the ship, such as the medical bay, engineering, and even the personal spaces of the now evacuated staff. Along the way, you’ll piece together what happened in the hours and days before Tacoma’s inhabitants fled. The game stirs up some interesting arguments about AI, privacy, and loyalty, and has a fantastic set of characters along solid execution of its plot, that make it worth a purchase.

Tokyo 42
In isometric open-world action game Tokyo 42, you’re wanted for a murder you didn’t commit. To clear your name, you become an assassin and murder a huge number of people - video game logic at its finest. Tokyo 42 is a game that wears its inspirations on its sleeve. The art direction is reminiscent of Monument Valley, while its open-world and interactions are derived from earlier Grand Theft Auto games, and its combat has a lot in common with Hotline Miami. However it’s just as entertaining as its inspirations if not more so.

Although these were our top picks for the best games available on the Xbox One in 2017, there were some other games that we enjoyed a lot as well Honorable mentions include PUBG in Xbox Game Preview, Halo 5 bringing back the Oddball game mode and Forza Horizon 3’s Hotwheels expansion to name a few. 2018 should see Crackdown 3, Sea of Thieves, State of Decay 2, and The Last Night hit the Xbox One.

E3 2018 should see some big announcements too. Halo 6 and Gears of War 5 maybe? Only time will tell. What are your favourite Xbox One Games from 2017? Let us know via the comments.