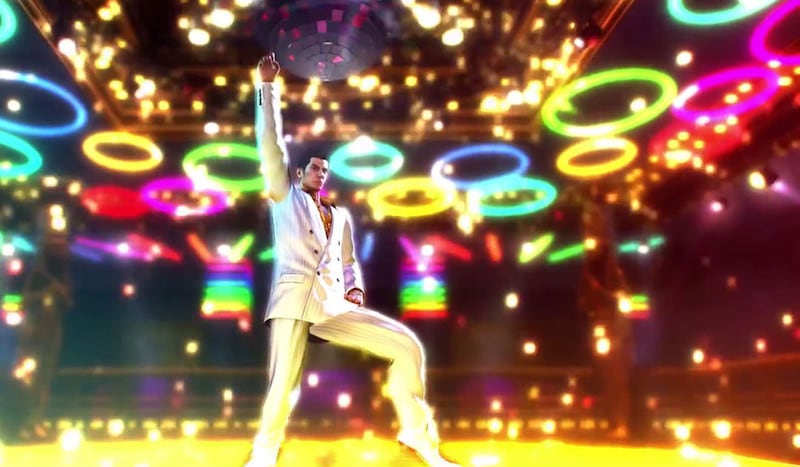 2017 has been a monster year for the PS4. We’ve seen a solid number of exclusives for Sony’s black rhombus. There have been some high-profile duds like Drawn to Death from God of War creator David Jaffe and poor curation from Sony's part that's allowed for games like Life of Black Tiger and 5-Star 1000 Top Rated to exist on the PS Store. These failings aside, from racing sims to role-playing games, there’s something great for everyone. In no particular order, here are our favourite games on the PS4 and PS4 Pro.

Yakuza 0
This open-world gangster-themed adventure game is a winner for a number of reasons.There’s a strong, engaging story that’s fantastically paced, a ton of side activities to bother with, and solid core combat. The series as a whole possesses similar elements but in Yakuza 0 it comes together in a fashion that’s exceptionally polished and well-paced. It's essential for PS4 owners and for the rest, is a perfect reason to get the console.

Persona 5
Persona 5 has you as a student by day, a supernatural Phantom Thief at night. From its presentation to gameplay systems and its many plot twists, there isn’t quite anything like it. It's must-play role-playing game for fans of the series and newcomers alike. Persona 5 marries traditional dungeon crawling with deep social mechanics. You’ll learn to balance fighting monsters, staying awake and attentive in class, and making a perfect cup of coffee. Don’t let the ‘5’ in its name fool you though, you don’t have to play previous games in the series to understand what’s going on. If you still haven't bought a PS4, this is one you can play on the PS3 too.

Gran Turismo Sport
Racing games are aplenty this generation, but few of them simulate the fine art of learning how to drive as well as Gran Turismo Sport. Stunning visuals accentuate an excellent racing experience, and it’s VR mode makes us wish we could play the game in its entirety with the PS VR. There’s not much more you can ask from a simulation racing game. If you’re a PlayStation 4 owner who’s been waiting for a great racing game, look no further than Gran Turismo Sport.

Gravity Rush 2
Gravity Rush 2 is an open-world action adventure set in a fantasy world. You’re Kat — a gravity shifter. As you'd expect, this has you turning the world upside down, quite literally. It builds upon the original premise in a host of ways. There’s a larger, more expansive world, a plethora of side-missions to undertake, and a host of allies to aid you in your quest to take down the rich and corrupt instead of the usual trope of saving the world. It stands out with its unique anime stylings, intricate and fresh traversal, and detailed world that’s memorable enough to stick with you long after you’re done.

Uncharted: The Lost Legacy
Aping Indiana Jones and Tomb Raider, the long-running Uncharted series is now has an entry set in India, with new protagonists — Nadine Ross and Chloe Fraser - as they search for the mythical trident of Ganesh. With near perfect explanations of Hindu Mythology, collectibles aplenty, and an entertaining duo, Uncharted: The Lost Legacy is more enjoyable than past entries in the series. It shows that developer Naughty Dog can carry on the franchise and succeed without long-time protagonist, Nathan Drake.

Horizon Zero Dawn
Horizon Zero Dawn is welcome addition to a generation of games that’s seen developers push open-world tropes into many a title, some with barely any reason. The end result is a game that easily surpasses Guerrilla Games’ other works - yes, even Killzone 2. Thanks to a gorgeous setting and world, likeable protagonist, and a slick set of game mechanics, it’s worth a purchase for PS4 owners and role-playing game fans alike.

Nier: Automata
Crammed with a wealth of wonderfully crafted ideas and existential questions, Nier is much more than your usual role-playing game. When you see the end credits roll for the first time in Nier you’re far from done. Multiple playthroughs don’t just simply change a single scene to give you a slightly different ending as has been the case in other games. Rather, each route you take impacts your perspective on characters and events. It is as enthralling as its predecessor was in this regard, and it extends replayability tenfold, making it great value for money. It's on the PC as well, but it isn't as polished or optimised as it is on the PS4, making the PS4 version the one to play.

2018 seems to carry on where 2017 left off with Detroit: Become Human, Days Gone, and God of War to name a few. What are your favourite PS4 games of 2017? Let us know via the comments.