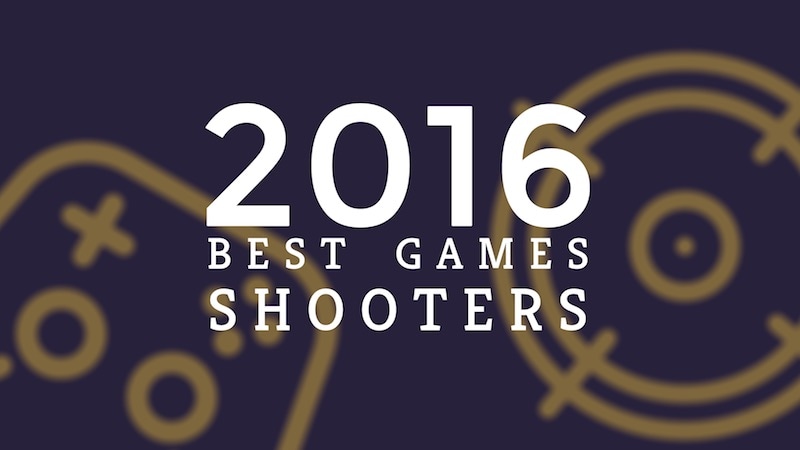 2016 has been a massive year for gaming. Particularly in the genre of shooters. From the return of old classics to the introduction of new ones, here are the best shooters of 2016 in no particular order.

1. Doom
Without a doubt the biggest surprise of the year, Doom fuses old school run and gun sensibilities with modern day graphics, and stellar level design. It doesn’t have a deep and thoughtful plot, but when you’re having so much fun shooting demons in the face, it doesn’t matter.

2. Overwatch
Blizzard may not consider India to be worthy of getting Overwatch officially — at least on disc - but that hasn’t stopped it from being one of the most popular multiplayer shooters in the longest time. It’s a shinier, more polished version of Team Fortress 2 and is just as addictive. New modes, characters, and updates ensure it stays fresh. Safe to say, we’ll be playing this well into 2017.

3. Gears of War 4
This Xbox One (and Windows 10) exclusive features heady set pieces, massive bosses, and is quite possibly the best looking game of the year. While the plot is sequel bait, it's paced well-enough to keep you on your toes for the entire duration. And when you’re done with that, there’s multiplayer, which holds up surprisingly well.

4. Battlefield 1
Battlefield 1’s single-player campaign is a series of episodes, each with a sense of variety and freshness that the franchise desperately needs. The multiplayer sees some welcome changes with Operations mode being a massive plus point. Throw in developer Dice’s commitment to supporting its games for long spells, and you have a shooter worth investing in.

5. Dishonored 2
It’s technically not a shooter, but this stealth adventure turns into one the moment you opt for violence over sneaking. From summoning shadows to get rid of your foes, to gunning them down with a pistol, it’s visceral, satisfying, and most importantly, fun.

These are our favourite shooters of 2016. What are yours? Let us know via the comments.