Assassin's Creed Syndicate Is a Mixed Bag on the PC 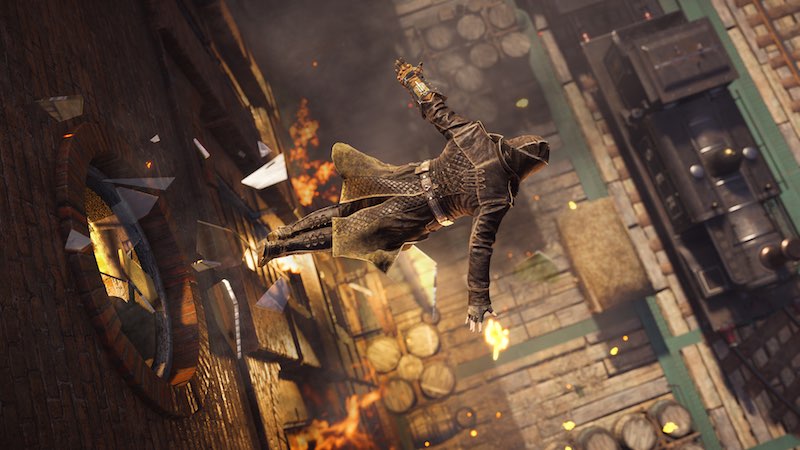 Somewhat modest requirements
According to Ubisoft, in order to run Assassin's Creed Syndicate at the bare minimum settings, you'll need the following:

In the event you want to get the best out of it, you'll want:

Bear in mind that in both cases, you'll need 50GB of hard drive space to install the game. The recommended specifications should let you play the game at a 1920x1080 resolution at medium settings, assuming you're using an Nvidia GeForce GTX 760. As such, the game has reasonable requirements, which means that you don't need to have a fully tricked out machine to enjoy it.

Limited options
This has been more than decent year for PC gamers. Titles like Call of Duty: Black Ops 3, Grand Theft Auto V, Metal Gear Solid V: The Phantom Pain, Star Wars Battlefront, and The Witcher 3: Wild Hunt have all had great PC ports sporting a wealth of customisation options to ensure the best possible performance. It's against this backdrop that Assassin's Creed Syndicate's graphics options seem threadbare. You won't be able to adjust your field of view (FoV) and you can't cap your frame rate either.

Don't expect generous, native, in-game downsampling options like Black Ops 3 either. The first screen lets you toggle necessities like v-sync and change your resolution while the second screen has a bunch of presets: low, medium, high, very high, and ultra high. Each of these is related to a options you can further tweak like environment, shadows, and textures. It's the bare minimum you'd expect, though one nice touch is that the top right bar tells you how much video memory the game will use at each preset. 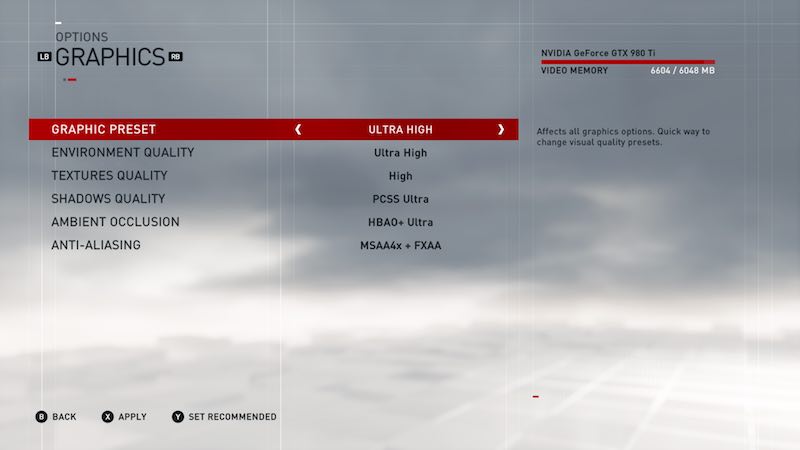 How does it play?
Our test machine has an i5 3470 processor(3.2Ghz), 16GB RAM, Nvidia GTX 980Ti, Asus PB279Q monitor and a 500GB SSD on Windows 10. At a resolution of 3840x2160 (4K) at ultra high we managed to eke out a minimum of 17 frames per second and a maximum of 32, with an average of around 19 to 25 frames. Needless to say, it wasn't the most playable experience. Dropping down to the very high preset did bump it up by a three to four frames but did little to make it as playable as it should be. Playing Assassin's Creed Syndicate at 4K was only possible when we dropped the preset to high. This allowed us a comfortable 27 to 34fps.

At 2560x1440, playing at ultra high was more than feasible, with the game running at a steady 35fps, hitting around 28 frames in the its busier, bustling sections. Dropping to the very high present netted around 42fps. Suffice to say, hitting 60fps at 1920x1080 on ultra high settings was a cakewalk. Anyone using an Nvidia GeForce GTX 970 - one of the most popular video cards right now - and a decent i5 CPU should be able to hit thereabout 60 frames at 1920x1080 with the high preset at the very least. Anyone with a better GPU could look at 2560x1440 or beyond.

It's quite the looker
In spite of its scant options, Assassin's Creed Syndicate looks great at ultra and very high presets. Small details like reflections from puddles on cobblestoned roads and beams of light floating through cracks in a wall are noticeable and add a welcome sense of immersion. The open-world of London, while missing Assassin Creed Unity's sense of busyness, looks fantastic. From structures like the Big Ben to the smokey chimney rooftops of the city's many boroughs, it's eye candy in no small part thanks to improved lighting, shadows, and better textures. Furthermore, the game's fast-paced combat benefits from the higher frame rate as compared to the console versions as well. But as you move down to high and medium options, it doesn't look as enthralling and jagged edges brought on by middling anti-aliasing options. 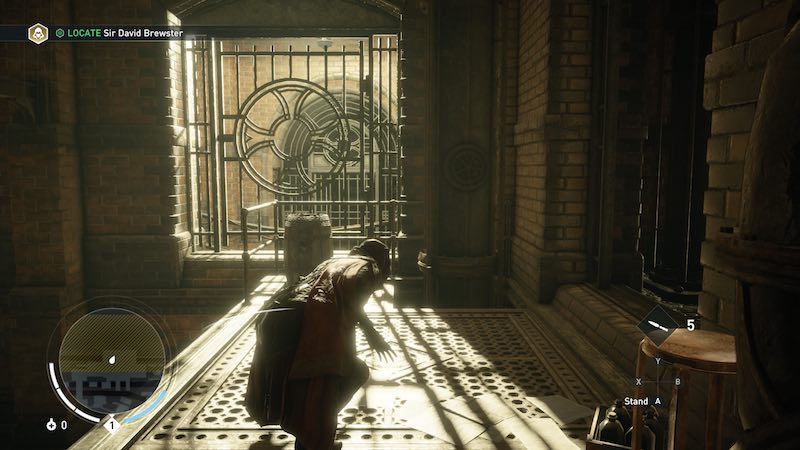 Recommended with reservations
For most part, Ubisoft's delay of Assassin's Creed Syndicate on PC seems justified. It's undoubtedly a dramatic improvement over Assassin's Creed Unity. However we can't help but feel that a little more control in terms of various graphics options would have been a welcome addition. If you haven't played Assassin's Creed Syndicate and have a decent enough PC, it's worth checking out thanks to the improved frame rate and better image quality, albeit only at ultra and very high settings.

If you have the right hardware, which in this case means nothing below the recommended specifications, it's worth checking out simply due to the notable improvements at its maximum settings. Otherwise, if possible, play Assassin's Creed Syndicate on consoles.

Life on the Cloud? I'm Staying Offline Where I Can
Google Starts Testing SMS-Based Alerts for Shopping Deals