Alien: Isolation Game an Homage to the Original Film 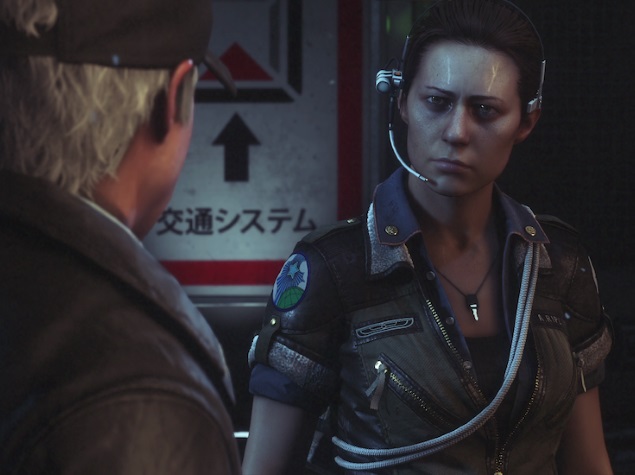 By the end of the original "Alien" film, warrant officer Ellen Ripley had been attacked by an android, stalked by an extraterrestrial and stranded in space. That's just the beginning of the interstellar mayhem that awaits Ripley's daughter in "Alien: Isolation," a video game out Tuesday that aims to pay interactive tribute to filmmaker Ridley Scott's seminal 1979 sci-fi horror movie.

Other than a brief flashback, the game casts players strictly as Amanda Ripley, who was mentioned in a scene from the 1986 sequel "Aliens." In "Isolation," Amanda is a matter-of-fact engineer solely focused on tracking down the flight recorder from her long-gone mama's ship 15 years after it disappeared.

"For us, there was really only one choice," said the game's creative lead Alistair Hope of the protagonist. "The fact that Ellen Ripley had this daughter and that story hadn't really been told was an amazing opportunity. We wanted to take this character who had never been at the forefront and put her in the spotlight." 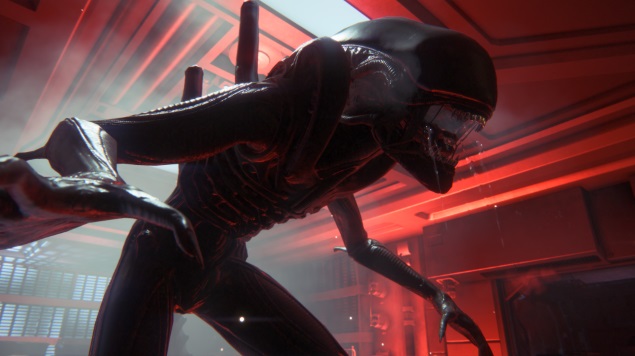 The game, from British developer Creative Assembly, mostly takes place on the recently decommissioned Sevastopol , a sprawling space station much larger than the original film's setting, the space ship Nostromo. The hub's enclaves, including a medical facility and a multi-level mall, maintain the retro-futuristic aesthetic of "Alien" - right down to bulky computers that whir to life when they're turned on.

Unlike previous games based on the "Alien" franchise, where alien xenomorphs and facehuggers served as cannon fodder, "Isolation" is strictly a moody first-person tale of survival. If an alien spots Amanda as she maneuvers throughout the space station, there's little she can do to survive an attack. Instead, Amanda must create distractions with gadgets and sneak around.

Sigourney Weaver, who played Ellen Ripley in four "Alien" films, not only gave her blessing to the "Isolation" creators, but also her likeness and voice, a first for a game based on the 20th Century Fox series. She reprises her role as Ripley in bonus levels that allow players to portray Nostromo crew members as they explore the doomed ship and attempt to lure the menacing alien into space. 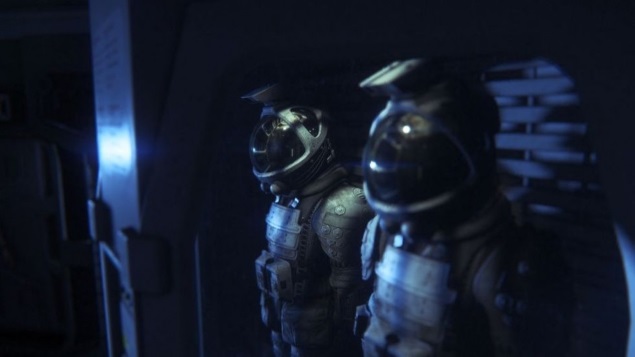 "I'm always astonished by the depth of feeling people have for these movies," said Weaver. "It's wonderful. I'm not always aware of it, but I'm always touched by it. The idea that they would take this tangent idea, run with it and make an interactive game of it, I thought that's cool because it's breaking new ground, not going over the same old conventions."

While the extraterrestrial species in "Alien" has gone on to wreak havoc in other movies and mediums, Weaver acknowledged the original saga didn't satisfactorily conclude with 1997's "Alien Resurrection," the fourth film that ended with Ripley's clone arriving on Earth. (The original Ripley scarified herself in 1992's "Aliens 3.") Weaver is game for another extraterrestrial encounter.

"Ultimately, we never really finished the story," she said while promoting the 35th anniversary release of the original film on Blu-ray. "That was partially my choice. I really didn't want to go to Earth and have the alien pop out of a haystack. I feel that the story belongs in outer space where no one should be, but it's been an amazing role to get to come back to every few years."