After Gamergate, Female Video Game Developers on the Rise 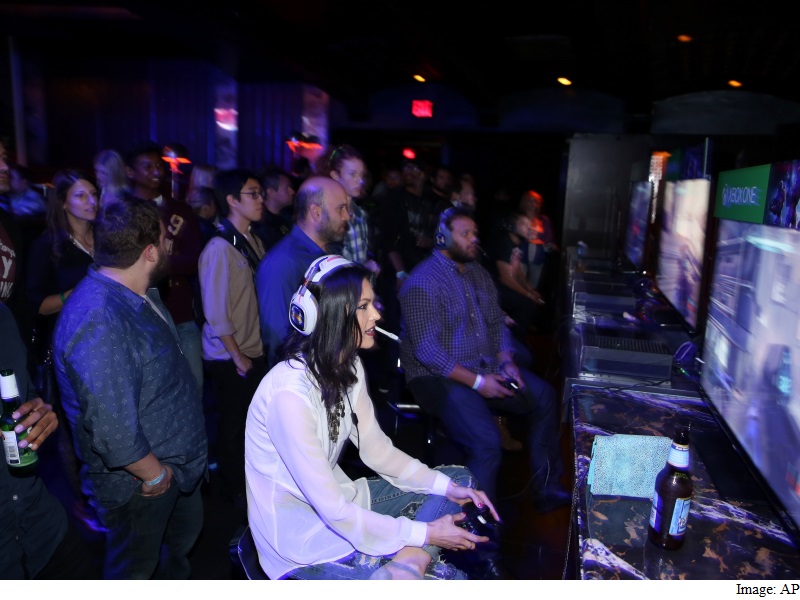 Highlights
Students from an all-female arts college in Philadelphia attended a conference for video game developers last year and, without even trying, they stood out.

"We were basically the only girls in the room," recalled Lindsey O'Brien, 21, a rising senior at Philadelphia's Moore College of Art & Design.

The male-dominated video game industry is changing as more women develop games, play games and take jobs reviewing games. While the ongoing cyber harassment of female gamers known as "Gamergate" indicates a reluctance by some to accept the growing number of women in the industry, mainstream institutions are welcoming all to the console.

"There's going to be a huge boom of women entering the industry in the next 10 years," said Stephen Wood, Moore's gaming arts professor, who took over the fledging program when he joined the faculty in 2014. "In the '80s and '90s, video games were seen as things boys do. But in the '90s and early 2000s, girls said, 'We're going to play, too.' Now those girls are going to college and studying video games. We're helping close that gender gap and being part of the solution."

According to a 2015 survey by the International Game Developers Association, the number of female video game developers has doubled in the past seven years, from 11 percent in 2009 to about 21 percent now. About 79 percent of the survey's 2,000 respondents agreed diversity in the industry is "very" or "somewhat" important.

"Much dialogue has occurred in the past couple of years around the topic, (with) a strong majority recognizing that greater diversity on development teams . creates a stronger foundation for the team to create games that may maximize their global appeal," said Kate Edwards, executive director of the association.

Since joining Moore, Wood has seen the gaming arts program grow from eight students to about 40. He acknowledges he had some bias against female game creators until he saw his students' work.

O'Brien learned the ins and outs of gaming from her mother, who could tear up the Atari. O'Brien started out on Sega Genesis and PlayStation systems, bonding with her older brother as they played games like "Mortal Kombat."

"I have tons of female friends who like shooter games, like 'Call of Duty,'" she said. "A lot of people who aren't part of the community are shocked when they hear that."

"Gamergate" began in 2013 when anonymous online commenters claimed a female video game developer was getting an unjust amount of attention for a new product. She was the victim of cyber harassment that then spread to other women in the industry, including Edwards, the executive director of the Game Developers Association.

Edwards said the incidents have raised important industry issues. Intel, for example, pledged $300 million in 2015 to fund a three-year effort to increase the number of under-represented groups - including women, Hispanics and African-Americans - by 14 percent.

Wood said he talks to his students about the potential for abuse. The good thing, he said, is Moore students have a tight bond and can stand together against such threats. O'Brien, too, said she expects some negative responses, but she's ready for them.

"There are some people who say girls don't know about games, that girls can't make games," O'Brien said. "I think if somebody has the skills to do the job, they should do the job."