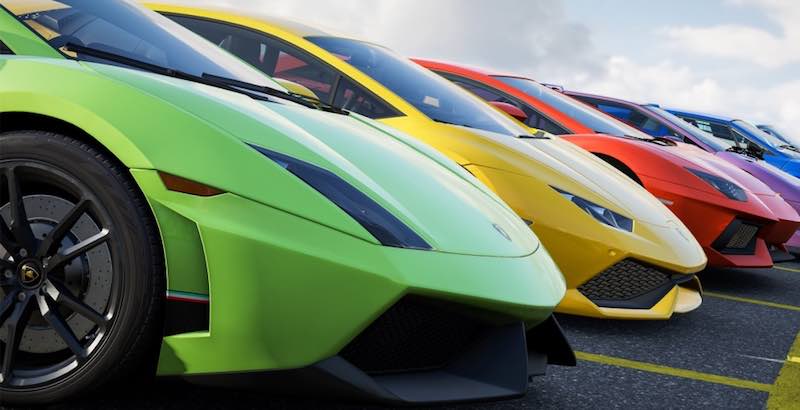 With every major conference from E3 2016 out of the way, it's time to take a look at the games that are worth paying attention to right now. A fair number of the games were leaked prior to being officially revealed, but that's done little to put a damper on our enthusiasm. This time around though, rather than include everything that was shown off, we're restricting this list to games with a concrete release date. After all, there's no point to highlighting something that's nowhere close to coming out, even if it is God of War.

1. Forza Horizon 3
A lush open-world, plenty of cars to choose from, cross-play between Windows 10 and Xbox One, there's a lot to love about the latest entry in Playground Game's open-world racing series. Perhaps the most intriguing feature is the ability to use your friends' online personas (or drivatars as the game calls them) to help you win fans and progress in-game and more amusingly, fire them if they're not up to snuff. With a September 27 release date we can't wait to tear up Australia with friends in tow.

2. Dishonored 2
With a staggering amount of lore and fresh locales to uncover, Dishonored 2 isn't simply a case of having more for the sake of it, but in a direction that's warranted. The story that has you choosing between two characters, each of whom has unique abilities. Violent and stealth options to finishing missions return as do the first game's assassination missions. Needless to say, this narrative-driven stealth game helmed by Deus Ex lead designer on Harvey Smith is shaping up to be a suitably epic follow up to its predecessor. Look out for it on November 11.

3. For Honor
While Ubisoft's E3 2016 event was filled to the brim with new entries to existing franchises, there was one non-sequel that stood out. For Honor pits vikings versus samurais versus knights in a gory free for all, thanks to the machinations of the god of war Apollyon and her mysterious Black Legion. It's an amusing premise that actually has a surprisingly entertaining single-player campaign if its presentation is to be believed. From brutal combat to missions that have you laying siege to fortresses and beaches, For Honor could possibly be the medieval melee fantasy you never knew you wanted. It's out on February 14 next year.

4. Titanfall 2
Prior to its EA Play event, EA inadvertently leaked that Titanfall 2 would have a single-player campaign, but that did little to dampen our expectations. New mechs, traversal options, and game modes all ensured that the sequel to 2014's sci-fi shooter is one to look out for when it hits on October 28 this year. Though we're wondering if releasing it between Battlefield 1 and Call of Duty: Infinite Warfare is the smartest idea.

What were your favourite games of E3 2016? Let us know via the comments.

Want to know which were the best games announced at E3 2016 and not just those available soon? You can listen to our podcast via iTunes or just hit the play button below to find out.

OnePlus 3 Vs. Xiaomi Mi 5: Which One Should You Get?
Motorola Moto Mods Price Leaked on Verizon App