We Are Lady Parts

Share
Comedy Musical
2021 Season 1 English 18+
An all Muslim-women punk rock band based in the United Kingdom try to recruit a shy girl as its lead guitarist.

About We Are Lady Parts Web Series

An all-Muslim-women punk road band based in the UK is desperately looking for a lead guitarist. A painfully shy Amina Hussein (Anjana Vasan) seems the perfect candidate who could help the band win an upcoming music competition.

But to convince her is a seemingly impossible task, given her extreme stage fright which seems to trigger nausea and puking as the anxiety levels shoot up.

Among the band are four more women from different walks of life — Saira (Sarah Kameela Impey), the lead singer who hacks meat at the butcher shop; drummer Ayesha (Juliette Motamed) drives for Uber; brand manager Momtaz (Lucie Shorthouse) sells lingerie, and bassist Bisma (Faith Omole) is a struggling cartoonist and a mother of one, who is trying to get her comic published. 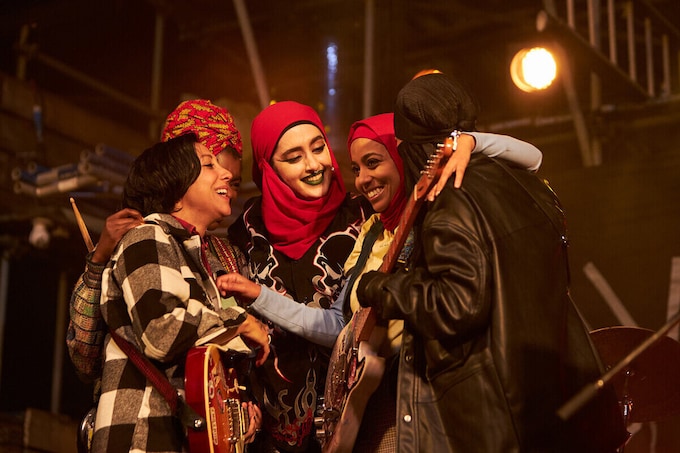