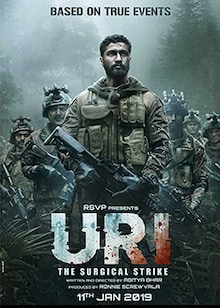 Uri: The Surgical Strike is a Hindi movie that is based on true incidences. The plot of the story is based on the 2016 Uri attack which was given a befitting reply by conducting the surgical strike operation that was being carried out by Indian Special Forces against the suspected Pakistani militants who forcefully occupied Kashmir. It's one of the most successful covert operations that were taken up with the only one objective of avenging their fallen heroes.

The movie opens up with the demolishment of the Indian Army troops in Chandel, Manipur by the NSCN(K) militants. Then in retaliation, Major Vihaan Singh Shergill (Vicky Kaushal) who is a Protagonist, PARA SF and Team Leader along with his unit that includes his brother-in-law, Major Karan Kashyap (Mohit Raina). They not only attack the location of the Northeastern militants but also kills the key leader who was responsible for the Manipur ambush. After a successful strike, the Prime Minister of India (Rajit Kapur) invites the entire unit to a formal dinner to congratulates him and his whole unit. Vihaan requests PM an early retirement explaining that his mother is suffering from Stage VI Alzheimer's so he wants to stay close with her. Prime Minister agrees and asks his officials to provide Vihaan with a full-time Jasmine D'Almeida (Yami Gautam) and offers him a desk job at New Delhi, where he meets an Indian Air Force pilot named Flight Lieutenant Seerat Kaur (Kirti Kulhari).

Major Karan is posted at the brigade headquarters at Uri, Jammu and Kashmir are fighting with the four heavily armed militants who have attacked the headquarters at dawn. Karan and his unit manage to kill all the terrorists but, during that, Karan accidentally pulls the grenade pin and dies in the explosion. Learning about his death, the whole family becomes devastated, including Vihaan. That's when he decides to become a part of the surgical strike, an idea suggested by Govind Bharadwaj (Paresh Rawal), National Security Advisor. During the planning, he also comes across Jasmine, who then reveals her true name Pallavi Sharma to Vihaan, who shall help extract the information about the attackers to accomplish their surgical strike mission. 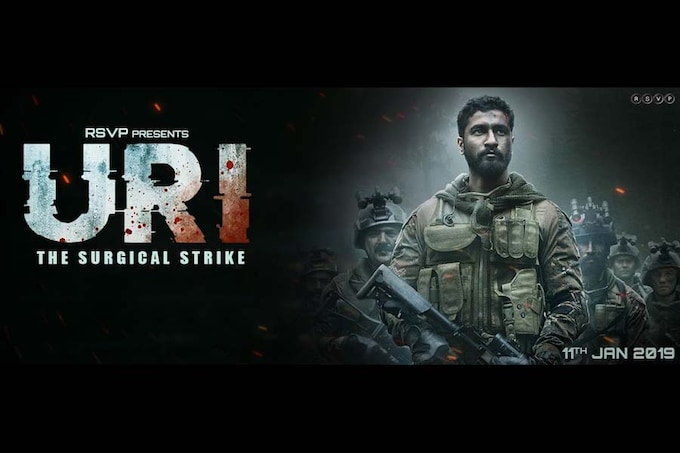 Uri: The Surgical Strike Trailer was released on 29th Dec 2019 which then became the most-anticipated movies of 2019. Vicky Kaushal gave hits back to back this year both in support as well as the lead, therefore, we expect that this movie shall break the Blockbuster records on the chart in the year 2019.

The songs of the Uri: The Surgical Strike where composed by Shashwat Sachdev. Famous Kumaar, Raj Shekhar and Abhiruchi Chand are the lyricists and who have penned down the lyrics.