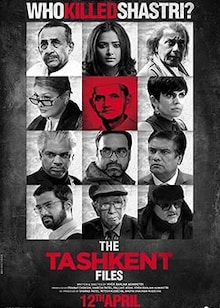 About The Tashkent Files Movie (2019)

Tashkent files is a political drama that takes a dig on the controversy reading the death of Lal Bahadur Shastri, India’s second Prime Minister who dies during his visit to the USSR. The film is based in modern times with an ambitious journalist namely Raagini Phule (Shweta Basu Prasad) receiving an anonymous tip regarding the matter. After she publishes a detailed story on the subject and re-ignites the debate, a special committee is formed to look into the matter. The committee has a bunch of distinguished experts including a political guru (Mithun Chakraborty), a historian (Pallavi Joshi), a scientist (Pankaj Tripathi), a minister (Naseeruddin Shah, and an NGO head and activist (Mandira Bedi). The film brings forth a host of controversial theories on the subject, that have been compiled by the director Vivek Agnihotri in his book titled Who Killed Shastri?: The Tashkent Files. The film received two national awards in the Best Supporting Actress (Pallavi Joshi) and Best Dialogues (Vivek Ranjan Agnihotri) categories. 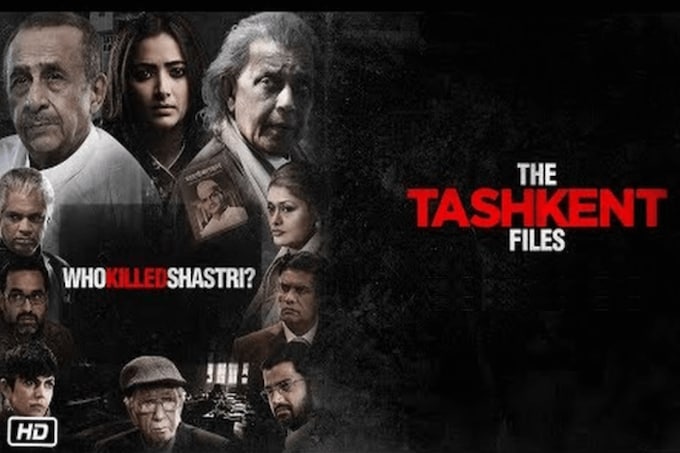 Popular critics of the Bollywood industry have refused to provide the reviews of the movies stating it as a propaganda movie behind which lies no truth. Giving the hypocrisy of film critics industry a big shout out, here we begin to come up with the review of The Tashkent Files movie.

Vivek Agnihotri has come up with a deep researched worked which includes no drama and only but the truth behind the death of the Late Lal Bahadur Shashtri. The movie catches your attention in the way that you would not want to blink your eyes with the fear of losing a moment of the truth. The movie throws light on how the citizen of the country has been fooled till date when it comes to the truth behind the conspirational death of Lal Bahadur Shashtri. The movie showcases the facts with authentic written proves which are all available in buried history. One-liner punches by Pankaj Tripathi and a phenomenal performance by Mithun and Naseeruddin Shah, Shweta Basu Prasad, Mandira Bedi and Pallavi Joshi keeps you glued till the end. Giving Karan Johar's movie Kalank a ditch, people are heading to watch The Tashkent Files movie. If not fond of typical Bollywood drama and really value the masterpiece content then this movie is for you. Tell us your thoughts about the movie and do not forget to push in your rating, why no make a change by yourself.