Super 30 is a 2019 Bollywood biopic drama in which you will see the journey of the renowned mathematician Anand Kumar who runs a famous educational program Super 30 in Patna for the underprivileged but deserving students and coaches them for IIT entrance exams.

Anand Kumar (Hrithik Roshan) is son of a postman. He is a supremely talented boy who is passionate about mathematics that he can describe "beauty" with an equation. Anand Kumar with his intelligence he manages to acquire admission to Cambridge University by solving a difficult problem but couldn't make it through due to lack of money. The movie showcases some of his major life incidences that shapes him to become a maths teacher at an IIT coaching centre. Seeing the unfair practices with the lesser privileged students at the coaching centre, he then decides to educate the slum students who only lacks money and not intelligence. With all the ups and downs, he then starts the Super 30 program to educate impoverished children and make them capable enough to get through the IIT. 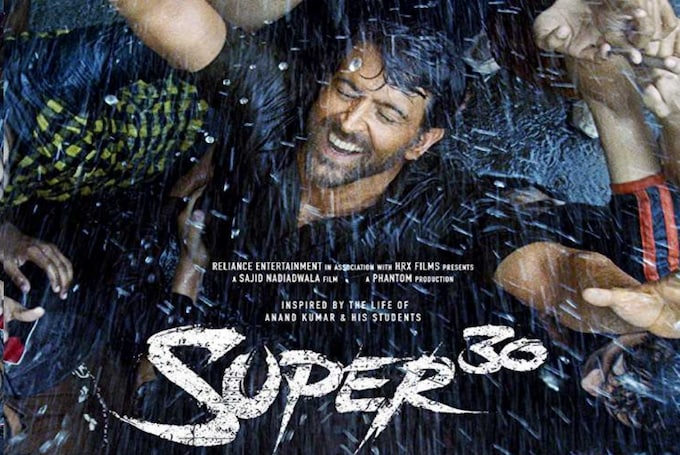