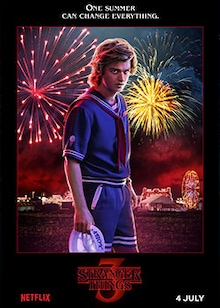 Share
Season 3
Drama Fantasy Horror Mystery Sci-Fi
2.5 ★ 2019 Season 3 English
As a dash of romance begins to build up in the air, a Russian broadcast twists things Upside Down.

It’s summer time in the town of Hawkins and new opportunities surround the young, but the light mood lifts as Will (Noah Schnapp) senses something wrong. Meanwhile Eleven (Millie Bobby Brown) is busy with her boyfriend Mike (Mike Wheeler). And there's a new attraction in Hawkins: a mall. 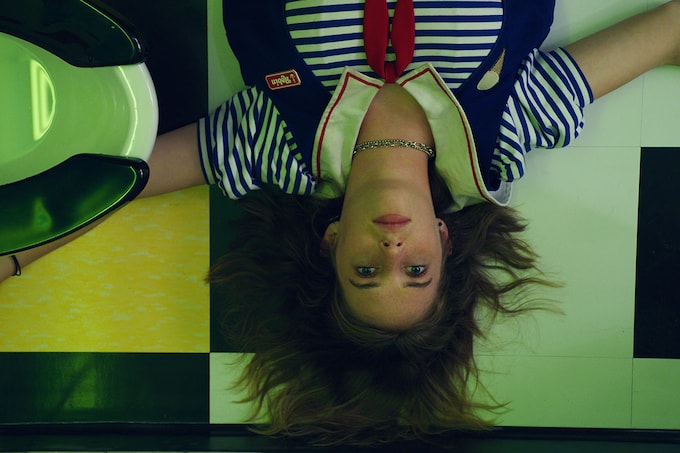 The Hawkins crew is growing up — and apart. In Stranger Things season 3 — out Thursday, July 4 on Netflix — the kids are now teenagers, which in turn affects not just the dynamic between the group but also the show on the whole. Mike (Finn Wolfhard) and Eleven (Millie Bobby Brown) are spending most of their time with each other, to the displeasure of the rest of the gang and her adopted father Chief Hopper (David Harbour). Having lost over a year of his childhood to the monsters, all Will (Noah Schnapp) wants is to play Dungeons & Dragons like the boys used to, but Mike and Lucas (Caleb McLaughlin) — who also has a girlfriend in Max (Sadie Sink) — aren't really into it anymore. And Dustin (Gaten Matarazzo), feeling ignored by everyone, starts to spend more time with Steve (Joe Keery), which further suggests that the AV Club is ready for a split.