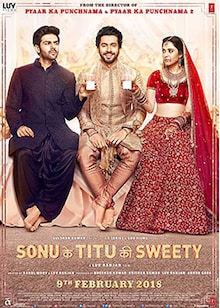 Sonu Ke Titu Ki Sweety is a Bollywood romantic comedy-drama flick that is trying to seek a balance between bromance and romance.

Sonu Ke Titu Ki Sweety is mainly about two childhood friends Sonu (Kartik Aaryan), Titu (Sunny Singh) where Titu falls easily for any girl and then suffer heartbreaks while on the other hand Sonu keeps protecting him and convinces him to stay single. The family wants Titu to get married and that's when he comes across quintessential good girl Sweety (Nushrat Bharucha) and immediately falls for her. Sonu finds Sweety suspicious due to her too good behaviour and later he discovers her true intention. Sonu then starts to convince Titu that neither she is showing her true nature nor she is good enough for him as a lifetime companion. When Sonu fails to convince Titu, Sonu plans a bachelorette party in Amsterdam where he askes Pihu (Ishita Raj) to step in and please Titu so that Titu feels for her again and breaks the marriage. After continuous fail attempts, during the garland ceremony, Sonu makes a final attempt where he is asked to choose one from the two.

Below take a look at the Sonu Ke Titu Ki Sweety official trailer, songs and more. 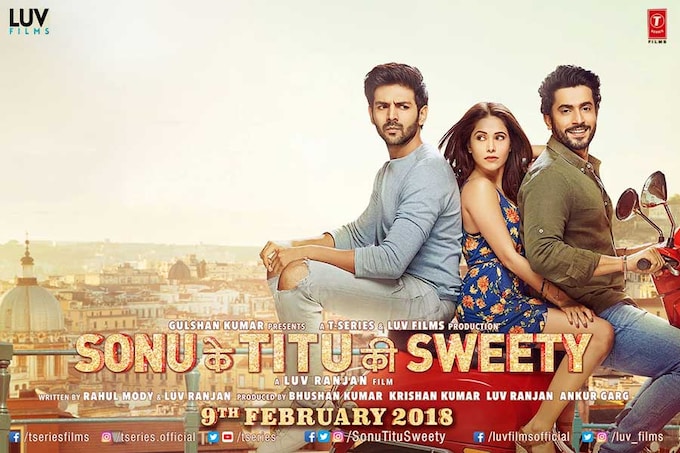 The music of the Sonu Ke Titu Ki Sweety movie is composed by Rochak Kohli, Amaal Mallik, Guru Randhawa, Yo Yo Honey Singh, Saurabh-Vaibhav, Zack Knight and Rajat Nagpal. The lyrics have been written by Yo Yo Honey Singh, Swapnil Tiwari, Kumaar, Singhsta, Zack Knight, Guru Randhawa and Oye Sheraa. The score is of the movie is composed by Hitesh Sonik. Take a look at all the songs from Sonu Ke Titu Ki Sweety movie below.