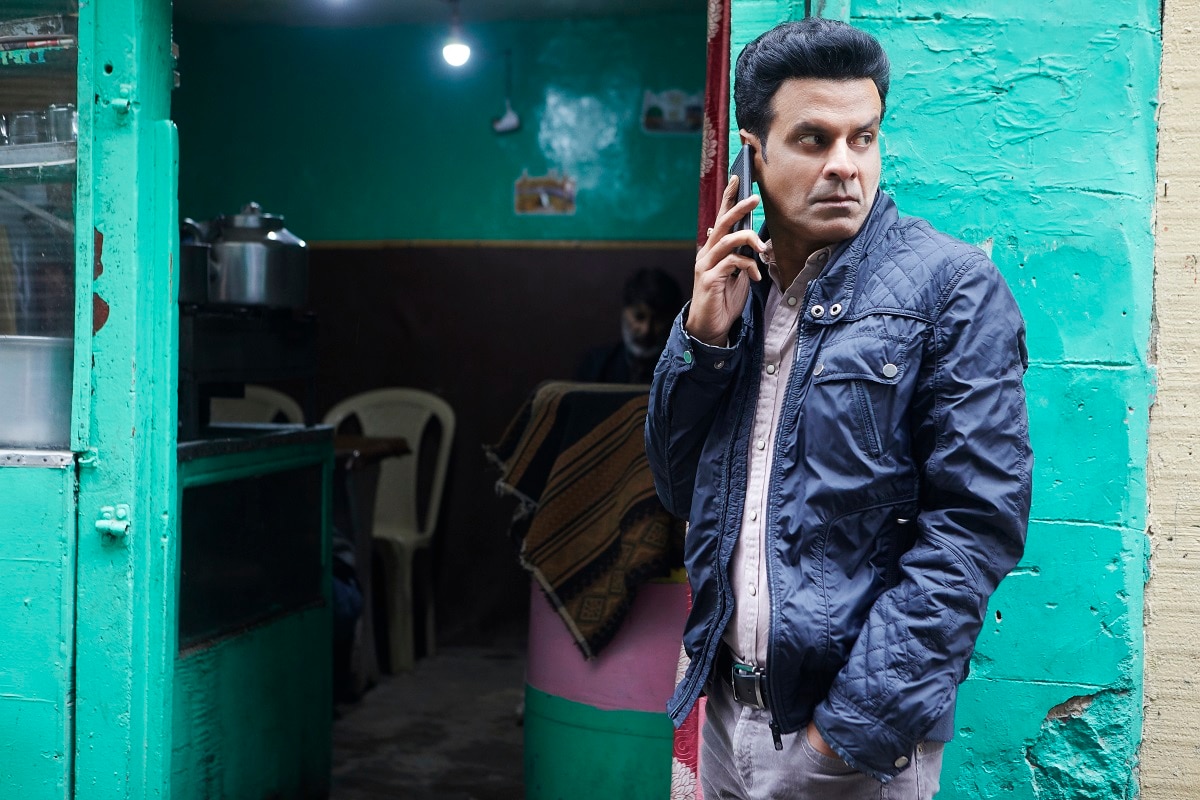 Manoj Bajpayee as Srikant Tiwari in The Family Man

The Family Man — Amazon's newest original series from India, out now on Prime Video — really wants you to know that it's inspired by real events. That's why it's not happy with just having a title card that says as much. To further drill home that point, the first episode ends with (somewhat unnecessary) newspaper clippings that showcase its various sources of inspiration, centred around Islamic radicalisation, Hindu nationalism, cow vigilantism and mob lynchings, mass surveillance, intelligence agencies' logistical problems, and its agents' financial worries and misuse of power. One part of its story deals with the insurgency in Jammu & Kashmir, a timeless topic that gains an added tinge in the wake of recent political decisions.

But merely knowing which relevant topics to deal with does not a good series make. TV shows — like any piece of entertainment — are about presentation and execution, and The Family Man falters more than is acceptable. The Amazon series struggles out of the gate, with the first two episodes failing in terms of pacing, narrative, and character work. It does slightly improve on those fronts from episode three, but other problems remain. Multiple scenes across The Family Man — we've seen seven of the 10 episodes in total — feel both weightless and emotionless due to stilted deliveries and rushed direction or editing. It's almost as if the actors had to mug up the dialogues on the spot and were then asked to spew them on screen. Strange that the creators didn't pick up on that.

Speaking of the creators, The Family Man comes from the minds of Raj Nidimoru and Krishna D.K. — better known as Raj & D.K. — who also served as the producers, directors, and co-writers on the show, the last of those alongside stand-up comedian Suman Kumar. (D.K. has a cameo as well.) Raj & D.K. have kept a tight control on nearly everything in their career so far, which has featured more misses than hits. That includes the likes of zombie comedy Go Goa Gone and action comedy A Gentleman. Their most successful script, the horror comedy Stree, wasn't directed by them. The Family Man follows the pattern of their filmography, ending up with more misses than hits.

Though it's largely competent in handling its aforementioned political material, The Family Man does stumble now and then, either in having to service its action thriller chops or navigating the lies that are peddled by jingoistic governments. That pushes it closer to the territory of a show like the Kiefer Sutherland-starrer 24, which essentially justified anti-terrorist and intelligence agencies' whatever-it-takes approach, thereby pleasing many conservative fans in the US. The Family Man is nowhere as alarming, mind you. But it doesn't help that it justifies police misconduct by suggesting their methods produce results and not having the good guys properly call it out.

Manoj Bajpayee (Gangs of Wasseypur) plays the title character of The Family Man, a government agent called Srikant “Sri” Tiwari who works for the fictional Threat Analysis and Surveillance Cell, which reports to the very-real counter-terrorism agency National Investigation Agency. But his family — his wife Suchitra “Suchi” Tiwari (Priyamani, from Paruthiveeran) and their two kids — thinks he's just a file-pusher. This threatens to turn into a parody of itself, given Srikant is always running around at odd hours, very curious for someone who's supposed to, you know, “push files” during office hours. The Family Man never really embraces that, with its half-successful humour largely drawing from everyday situations that involve rebellious kids, spouse conflict, and his own insecurities and failures.

Thanks to 10 episodes that last about an hour each, The Family Man can also allot time to Suchi's life that exists outside Srikant's. Suchi has spent nine years in the same teacher's job at a college, largely to ensure she could look after the kids while Srikant has avoided his share of responsibilities. Now, Suchi wants to try something different that excites her professionally, and she finds that opportunity thanks to a start-up co-founded by her former colleague Arvind (Sharad Kelkar). As a self-centred man, Srikant objects. He not only questions Suchi's want for a breath of fresh air but also starts to imagine that she's possibly cheating on him with Arvind, despite sharing a loveless marriage and not catering to her wishes in any way. He's not emblematic of toxic masculinity, but the shades are clearly there.

In short, Srikant is not a “family man” by any stretch of the imagination. The Family Man makes this clear as day just before the midpoint of the season, as Srikant gets into a heated argument wife Suchi, where he ends up reflecting his anger and frustrations over a professional failure onto her. He then turns into a hypocrite, before dissolving into self-pity and painting the mother as crazy in front of the kids. The Family Man's character study extends to the other side — the antagonists — as well, though it's not as richly consistent. It gives us a character we can relate to, only to kill him, and then sticks us with a cardboard villain as part of a twist. For what it's worth, his counterpart is set up much better, as it puts a rare spin on a long-held Bollywood trope.

Unfortunately, The Family Man's moderately-good work in this respect is spoiled by its various, more prominent problems elsewhere. The Amazon series has no clue how to smartly deliver its exposition, and it ends up turning characters into exposition machines, especially Srikant. Bajpayee is stuck with the job of giving context to the audience, which involves him proclaiming how such and such character is on the FBI and CIA's most-wanted list. It's laughably ridiculous that his fellow officers wouldn't know that already. And at one point, it tasks Gul Panag's NIA agent Saloni Bhatt to sum up the entire Kashmir geopolitical situation in less than 30 seconds. Rather than summarise a history lesson, The Family Man should have done a better job of alluding to it through its events.

Though Srikant is far from James Bond, he does turn into that late into the season as he barges recklessly into an enemy-controlled area against everyone's advice to apprehend a suspect when it could all so easily go wrong. In fact, his modus operandi is same as Bond's: walk through the front gate. And just because he's the hero of the story, Srikant is always the one calling the shots and knows more than those around him, even at the cost of the intelligence apparatus. All that is in addition to defiance of logic at the expense of drama. Naturally, as with most spy shows, The Family Man displays a callous disregard for how technology works, be it hacking or encryption, and throws in references to Darknet while showing no understanding of what it means.

On top of the execution troubles, The Family Man suffers from presentation issues as well, with sound being the main culprit. The foley work is particularly poor, and the background music — by composer Ketan Sodha (Talvar, Stree) — doesn't gel with the tone of the series too often. The visuals give off the feeling of a cable TV drama, not what you expect from a series made on Amazon's budget. The only real technical craft on display are the multiple long takes, two of which run into five and 11 minutes, respectively. The former creates genuine tension for the first time on The Family Man, while the latter is a bit self-indulgent and slows the scene down unnecessarily. It only feels worthwhile in its second half, but when it works, it's gripping.

All that comes together to make a show that's less than the sum of its parts. On one hand, The Family Man shows itself to be very socially and politically aware but its inelegant handling of exposition, and inability to be tonally cohesive lets it down. Its attempts at humour are welcome because they serve as a break from the lacklustre drama, but it's rare that said attempts work, and come across as a show of incompetence when applied in the professional environment. And it never feels like that its stars — Bajpayee and Priyamani, mainly — are being given enough to cut their teeth into. In fact, the show could use a better handle overall. To paraphrase the show's own tagline, The Family Man has (nearly) world-class ideas, but (decidedly) middle-class craft.