It reportedly cost $15 million per episode. 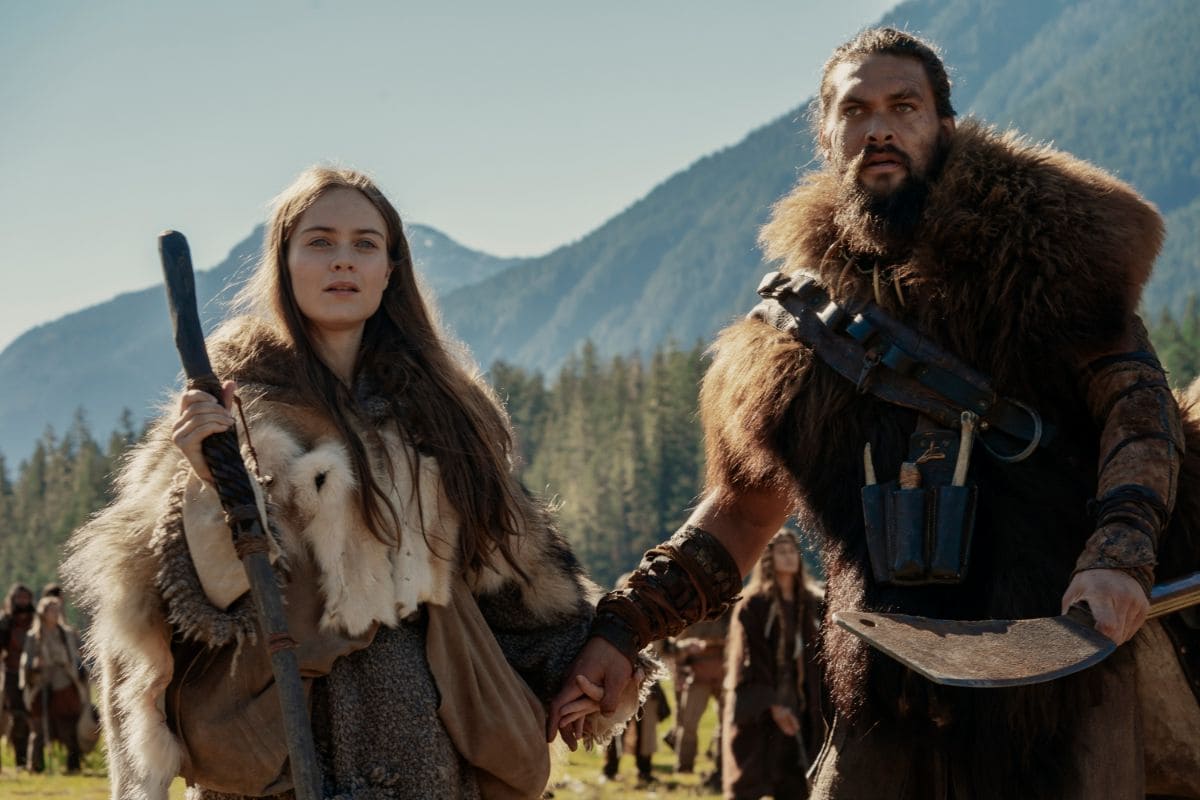 Last year, as Apple was lining up programming for its new streaming service, Apple TV+, reports emerged claiming its content offerings would largely be family-friendly, eschewing blood and gory violence, profanity-laden dialogues, and adult-oriented themes that have powered most of the biggest TV dramas of all time. Essentially, Apple was going to do a Disney. But last month's unveiling of the initial slate revealed those reports were seemingly unfounded. Set aside those shows aimed at children, the six others at launch or shortly upcoming — post-apocalyptic fantasy See, alt-history sci-fi For All Mankind, news drama The Morning Show, psychological thriller Servant, biographical comedy Dickinson, and true-crime drama Truth Be Told — are all certified “A” in India (TV-MA or TV-14 in the US).

See is possibly the most adult of them all, considering it's clearly trying to be the new Game of Thrones. (Apple reportedly spent $15 million, about Rs. 106 crores, per episode on See, equivalent to what HBO did for Thrones' final season, which is laughable for an unproven show with no existing fanbase.) Peaky Blinders creator Steven Knight is at the helm — that explains the graphic throat slits amongst other brutal scenes — of See, which is set centuries after a virus decimated the human population and deprived the survivors of the ability to see. Now, vision exists only as a myth and anyone who talks about it is dubbed a heretic. For the Apple series, that's simply an excuse to force its world back to the Dark Ages, even before Game of Thrones' equivalent setting of the Middle Ages.

But the comparisons to the hit HBO series are superficial, as with the inclusion of a possible incestual relationship between a nephew and his aunt. See has nothing to offer beyond its surface-level premise and violence — no gripping plot, no interesting characters, and no relevant messaging. It's an empty husk of a show. The only ideas that are touched upon in the first three episodes of the total eight — that's what critics, including us, had access to — are motherhood, family bonds, and tribe mentality, but See doesn't know how to craft emotional scenes or build them up. (Francis Lawrence, behind three of the four Hunger Games films, is the director.) Moreover, the Apple series is dry, self-serious, and humourless, which makes it more reminiscent of Britannia than Game of Thrones.

See opens with a woman named Maghra (Hera Hilmar) giving birth to twins — a boy and a girl — in a cave, with help from a mysterious midwife called Paris (Alfre Woodard). Maghra's husband — but not the father of her children — Baba Voss (Jason Momoa), meanwhile, is off on the frontlines with other members of his tribe, the Alkenny. He's trying to thwart an assault by the Witchfinders led by Tamacti Jun (Christian Camargo), who has been tipped off by an Alkenny snitch called Gether Bax (Mojean Aria) that the babies' father is Jerlamarel (Joshua Henry), a lone warrior who can see. Jun has been tasked with finding and capturing him at the behest of Queen Kane (Sylvia Hoeks), and his children become prime targets as well after they are born with sight.

With help from Jerlamarel, the Alkenny escape from the Witchfinders' clutches and settle in a new land, where Baba Voss cuts them off from the rest of the world to protect his children, now named Kofun (Archie Madekwe) and Haniwa (Nesta Cooper). After Maghra, Baba, and Paris learn the kids can see, they decide to hide the truth from the rest of their tribe, since some of them were willing to hand the babies over to save their own skin. And that was before the Alkenny knew the children were “heretics”. For nearly two decades, the kids then grow up in isolation and secret, using their eyesight to help others and themselves. Meanwhile, Gether, who bears ill will towards Baba and Paris for having burnt his mother at the stake, keeps trying to sabotage the whole thing.

Off in lands far away, Queen Kane — leader of the Payan tribe — is battling dissenting subordinate voices and hence intentionally preaches contrasting philosophies to retain power. Publicly, she blames vision for causing the apocalypse in the first place, claiming men did evil deeds because they could see. Empty words considering the pain and destruction caused by the Witchfinders. Privately, Kane reveals she wants to find Jerlamarel so she can use him to bring more babies with sight into the world, which would help make her stronger. Her palace, which is set inside an abandoned dam that generates hydroelectricity, is one of a few remnants of the futuristic past on See, alongside a record player — the only piece of technology on-screen — owned by Kane.

The biggest problem with See is on a script level, as the writing virtually gives us no insight into its characters, who seemingly exist to move the narrative forward. Forget hinting at potential character arcs, we know barely anything about most of the protagonists and antagonists after the first three episodes. Baba Voss, Queen Kane, and Gether Bax are the most developed of the lot — and by most, we mean “very little” — while we are given next to nothing for Paris and Maghra, who can be described as simply the mother. As further proof of how little it has to say, characters repeat the same thing over and over when it comes to their primary motivation or stance on a topic. It's almost as if See thinks its audience can't be bothered to focus on what's happening on screen.

Beyond the lacklustre writing, See also fails to deliver on action sequences, which are usually reliant on the stupidity of villains to allow the heroes to come out as victors. They also betray a lack of scale at times, all the more surprising if Apple has really spent the reported figure of $15 million per episode on See. Game of Thrones shot its initial seasons at half of that average budget, and the HBO show still managed to look more impressive. See's character roster is much smaller than Thrones as well, where there were so many families that it could repeatedly kill primary characters for much of its runtime without crippling the narrative. That means there are less stakes to its action too, since See can't afford to kill off any of its core group of characters.

Additionally, See's central conceit — a virus that killed most and blinded the rest — does turn into a bit of a joke now and then since everyone is a bit of a Daredevil on the Apple series. Relying on the scientific backing of how losing one sense rewires the brain and boosts others, See essentially grants superpowers to its characters. With everyone on the show being blind, that means everyone has more acute hearing, with different applications ranging from detecting lies, estimating the size of an incoming threat, and sensing movement beyond the horizon. (A select few others have more equipped noses that allows them to pick up on abstract things such as fear, which isn't as helpful, naturally.) But the lack of variety lessens the appeal.

All that comes together to make up a show that has clearly nothing going for it. Strangely, Apple has already renewed See for a second season before it has even released, though a report claims that the series will see “a change at the top”, which means either of Knight or Lawrence — or both — are set to make way for someone else. Whether that will improve See is debatable though, given its current status as a disastrous, utterly forgettable attempt to be the next Game of Thrones. There's no shortage of contenders in the space too, what with Amazon, Netflix, and HBO itself all trying to fill that void. But for Apple, the quality of its originals is paramount since it's not going to offer anything else, unlike others. Sure, it has money to throw at TV+, but See is proof that its customers should think twice.