More expensive than Netflix? Get out of here. 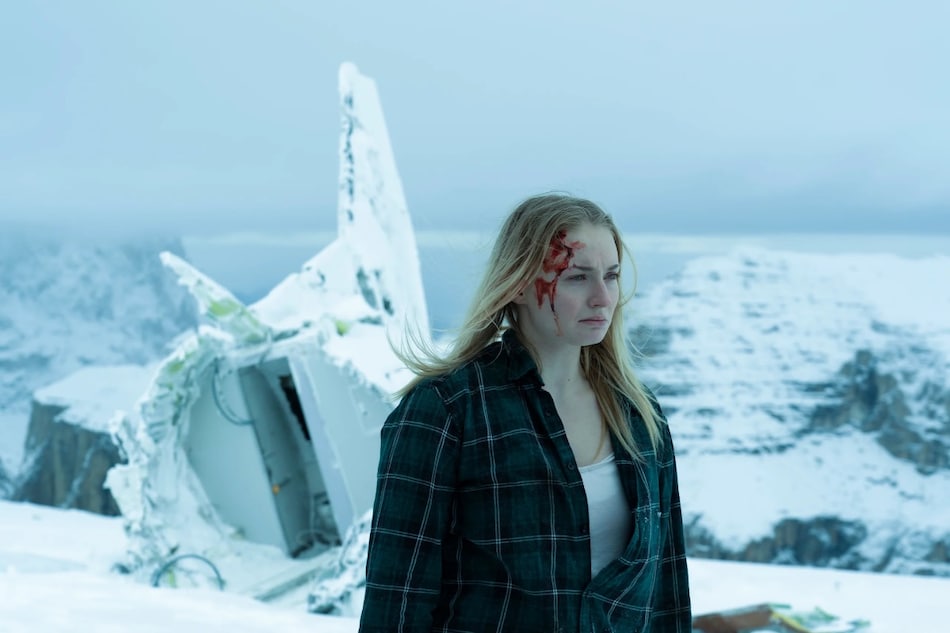 I've binge-watched 16 episodes and four quarter-movies since morning. Why do I have such free time? Because it was work. The better question though is, how? Well, that's because I've been using Quibi — a portmanteau of “quick bites” — a new streaming service with the tagline: “watch in 10 minutes or less.” Launched Monday globally with over 24 shows featuring the likes of Jennifer Lopez, Nick Jonas, and Game of Thrones' Sophie Turner, Quibi offers a variety of content, spanning mystery dramas, action thrillers, prank shows, cooking competitions, courtroom comedies, nature documentaries, late night, dating, and even news.

Having bite-sized episodes — most are between five and 10 minutes — isn't the only way Quibi is trying to set itself apart from its competition. For one, its content is formatted for both landscape- and portrait-viewing, which means you'll never see any black bars no matter how you hold your phone: horizontally or vertically. (This works even if you chose to download for offline viewing, if you're wondering.) As you can tell, Quibi is built for mobile and that's why it only has apps for (Android and Apple) mobile devices. Except Quibi's decision to intentionally reframe has very real side effects.

In an early shot of Turner's drama, Survive — one of four premium entries Quibi is calling “lighthouse”, which are essentially one long movie split into several 10-minute chapters — her character Jane wakes up from a nightmare. If you watch this in landscape, Jane is on the right-hand side of the screen, and you can see someone else sleeping on the left-hand side. But in portrait, it only offers an extreme close-up of Turner's face. The other character only comes into the picture 18 seconds later in portrait, while they are shown to have woken up in landscape during that time. Those two versions, of the same scene, give us different information and a very different idea.

This reformatting is much easier to digest with unscripted content, which forms the bulk of Quibi's slate at launch. LeBron James talks up his Ohio public school in the docu-series I Promise. Grammy-winner Chance the Rapper leads a new take on MTV's Punk'd. Kristen Bell, Lopez, and Jonas kick off a gifting chain in Thanks A Million. Chrissy Teigen hosts the aforementioned courtroom comedy, Chrissy's Court, where she weighs in on cases with the help of others, including Oscar-, Grammy, and Emmy-winning husband John Legend. Idris Elba and Ken Block challenge each other at crazy car stunts in Elba Vs. Block, which arrives next Monday on Quibi.

Speaking of what's coming up, in two weeks, Anna Kendrick stars as an aspiring writer who tries to become friends with her boyfriend's (Dan Harmon) sex doll in the buddy comedy Dummy. A man stalks and tries to murder his female rideshare cab driver in thriller The Stranger, out next Monday, which sounds like another take on Netflix's You. In Fight Like A Girl, women WWE Superstars mentor and transform 10 women in need. And in the reality series Barkitecture, premiering May 11, dog parents build lavish and extravagant homes for their furry friends.

All these shows will drop with three episodes on release date, followed by new episodes every weekday. Unfortunately, that's where the excitement, if any, comes to a halt. Quibi says it's made for mobile, which equates to being more personal and hence, no profiles and simultaneous viewing. Accounts are limited to a single user and screen. That means everyone needs their own subscription.

And it's certainly not helping itself with its pricing. While Quibi has two tiers in the US — one with ads at $5 (about Rs. 380) and another ad-free at $8 (about Rs. 610) — with the latter priced below most competition, it's botched that elsewhere. For one, it's not offering the ad-free tier to users outside the US. Not having an ad-supported tier is basically bonkers in a market like India, where that continues to be the way to grow. Case in point: Hotstar and Voot. To make matters worse, not only has Quibi not localised pricing, it's in fact charging more in India at Rs. 669 a month.

The fact that Quibi costs more than any service out there, including Netflix, is laughable. Just look at its tiny slate. It's essentially a death knell for any potential growth here, even if it could've convinced precious few English-speaking customers to pay for another entertainment subscription. For what it's worth, Quibi offers a three-month trial — unheard of in the video streaming space — that came into place after the pandemic. (It was two weeks earlier.) But you're not likely to find anyone tuning in after their trial ends. I know I won't be.