Mulan Review: Disney Movie Is Not Bold — or Smart — Enough

It panders too much to Chinese interests, and squanders the potential it had. 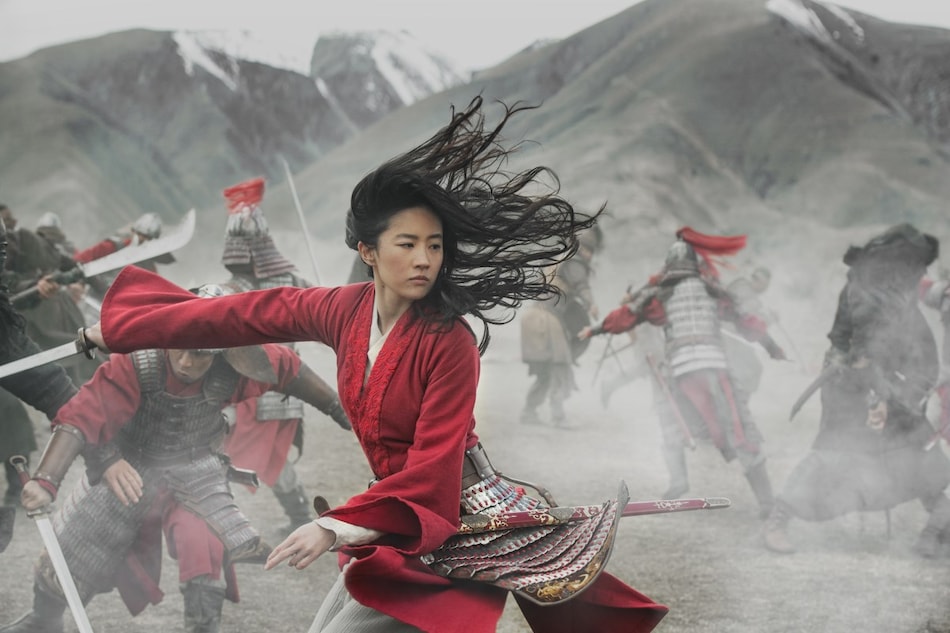 In some ways, Mulan represents a major departure from Disney's approach to live-action remakes of its beloved traditionally-animated movies. Unlike the Emma Watson-led Beauty and the Beast, the Will Smith-starring Aladdin, or Jon Favreau's The Lion King (technically not live-action), the new Mulan is not a musical. Yes, it's not the first one; Disney allowed Favreau to do the same for The Jungle Book (more or less, it had a couple of songs). But Mulan has also excised characters and introduced new ones. Out goes the small pet dragon Mushu — voiced by Eddie Murphy, who served as a comic relief — because it wasn't received well in China, and in comes a shapeshifting witch called Xianniang, played by Gong Li, considered the best actress in China today.

At the same time, Mulan is not bold enough. The axing of Mushu is just one way Disney is catering to Chinese interests. For instance, the villains in Mulan have been changed from the Huns (as they were in the animated version) to the Rourans, to make the film more historically accurate. But Mulan herself is still shown to be a citizen of Imperial Han China, even though the original tale — “The Ballad of Mulan” — states that she was part of the Northern Wei dynasty. Why? Maybe because the Han make up of 92 percent of China's population today. The Emperor in Mulan instructs his people to “defend the Silk Road” which makes no sense because the region wasn't part of China then.

The problem is, Mulan isn't a good movie. And what makes it all the more annoying is that it had potential to be a good movie.

Mulan sets out its world quite plainly in the opening minute itself. Hua Zhou (Tzi Ma, also infrequent narrator), Mulan's father and a war veteran, tells us that her daughter is capable of something only men are allowed to wield. It's called Qi (pronounced Chi), and it's described as an energy that pervades all living things, but only some individuals can harness its power. Qi is a central principle in Chinese martial arts, and it's been virtually used everywhere by Hollywood (from Iron Fist to the upcoming Shang-Chi). Mulan's definition of Qi makes it sound like the Force, and it's not the only parallel to Star Wars here. Zhou adds that Qi is only for warriors, and that's not something daughters can become. Still, he's happy to indulge her, even though those around them do not approve.

Hua Li (Rosalind Chao), Mulan's mother agrees. She's concerned because daughters need to conform in society to find a good husband. Pressured from all sides, Zhou asks the young Mulan (Crystal Rao) to “hide her gift away and silence its voice” — this makes the film open to interpretation, as even a LGBTQ story — and do what is expected of her: bring honour to the family through marriage. Mulan is crushed, and though she generally does what she's told, she doesn't entirely give up as she matures into a young woman (Yifei Liu). So when the Emperor (Jet Li) decrees that one man from every family should serve on the Imperial Army to fight off the invading Rourans, Mulan believes it ought to be her. Her father is in no state (he walks with a cane) and is forced to enlist only because he has no sons.

Powerless to stop her dad from leaving and knowing that he would most likely not return, Mulan does the unthinkable: she takes her father's place in the Imperial Army. With women not allowed to serve, this means Mulan must disguise herself as a man. It's easier said than done. Being in the army involves being around other men at all times, in the showers and at night. Of course, what they are really there to do is to train, and Mulan proves herself to be more than an equal at everything.

And they better train, for they are up against no ordinary enemy. The Rourans are led by Böri Khan (Jason Scott Lee), a capable and smart warrior leader who has united 12 nomadic tribes and who's looking to avenge his father's death at the hands of the Emperor. But they have an ace up their sleeve, in the aforementioned shapeshifting witch. Xianniang (Gong Li) — she's credited as such, but never named during the film — is extremely powerful. She can take over her enemies' bodies, or turn herself into a bird: a solitary eagle or a murder of crows. Xianniang has allied herself with Böri Khan because she wants to live in a world where she's not vilified and called a witch. Mulan's world, which doesn't afford any power to women, has never accepted her.

From Tenet to Mulan, What to Watch in December

Spoilers ahead for Mulan.

Xianniang is a fascinating introduction to the world of Mulan, in not only what she represents but how she challenges the foundation of the narrative. Deep into the film when Mulan reveals herself to be a woman, she's expelled from the army, even though she's single-handedly delivered a victory against the Rourans and shown herself to be better than all the men in her battalion. Later, she has to risk her neck, and needs the support of her fellow officers, to convince Commander Tung (Donnie Yen) that there's a credible threat to the Emperor's life. And Mulan is only accepted back home by society after she saves the Emperor's life, and in turn, the kingdom itself. That's a lot. You shouldn't have to prove you're so exceptional just to be granted the most basic right: equality.

Women get a raw deal in Mulan's world (ours too) and Xianniang has understood that the world has no place for people like them, and that she must remake it in her image. And that's what she proposes when she confronts Mulan, that she come over to her side: “Join me, we will take our place together.” She's the Kylo Ren to Mulan's Rey, if I were to draw another parallel to Star Wars, which makes Xianniang much more of an anti-hero than a villain. Their dynamic ought to be the heart of the film, and for a brief moment it is. But Mulan ultimately wastes all that potential as it cuts short Xianniang's arc for the most meaningless of plot points, and lays bare how clueless the film's writing team is. It's a shame because Mulan had the opportunity to improve upon the original.

Disney is intent on turning its beloved animated movies into live-action franchises. The Lion King 2 already has a director. Prequels to Aladdin and Cinderella are in the works. We've already had two Alice and Maleficent movies. And a dozen more remakes are in various stages of development. Disney tried being safe with Mulan and its China pandering failed. Being safe has worked elsewhere. Both Aladdin and The Lion King made over a billion each, despite being terrible movies. If it's going to give us these movies, Disney may as well start being bolder. Because as it stands, Mulan is a bland feminist fable that dispels some gender stereotypes but fails to do much more.

Mulan is out December 4 on Disney+ Hotstar. It's also now available outside Disney+ “Premier Access”, without the need to pay a $30 additional fee.