Mrs. Serial Killer Review: Jacqueline Fernandez Competes With Herself for the Title of Netflix’s Worst Movie 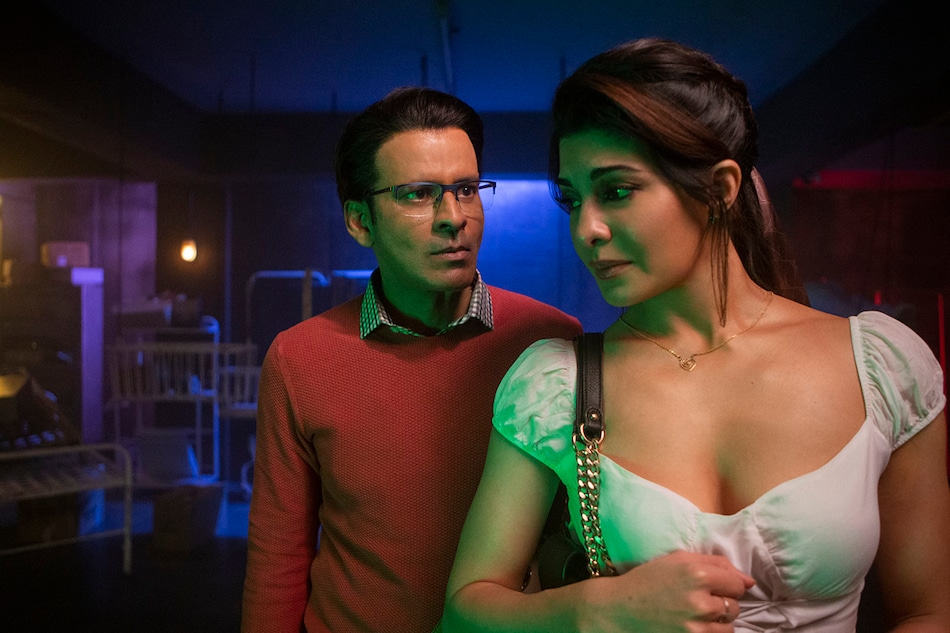 Mrs. Serial Killer is one of the stupidest movies of all time. I wish I was exaggerating, but if anything, that feels like an understatement. Its characters act unbelievably stupidly to serve the plot. They fall for someone doing a terrible job at pretending. They are intentionally terrible at their actual jobs. Or they don't object to someone doing their job terribly. And at times, they try to stalk people a few feet away while driving a giant SUV on empty, narrow lanes in the middle of the night. They aren't actually characters, but instead caricatures. Nearly all of this is down to laughable writing — or direction — from Shirish Kunder, whose previous credits include the 2012 Akshay Kumar-starrer joke-of-a-film Joker (as writer-director) and the 2010 Kumar-led dumpster-fire Tees Maar Khan (as writer).

The Netflix film would have been a good starting point for a serial killer parody movie, if it wasn't being so serious. It's a comedy when it doesn't mean to be, and it's entirely unfunny when it attempts any kind of humour. Additionally, Kunder is completely oblivious of the word “nuance” itself. Every dialogue, every note, every expression, and every step of a narrative thread is overplayed. Even the set design (Shashank Tere), the cinematography (from Ravi K. Chandran and Kiran Deohans), and the background score (also from Kunder) are as over-elaborate and farcical as everything else around it. In its current form, the only acceptable way to view Mrs. Serial Killer is inside an episode of Mystery Science Theater 3000, where comedians poke fun at B-movies.

Mrs. Serial Killer seems to be in on the joke when it opens, with a scene pulled from the middle of the film coming across as amateur playacting. I kept waiting for an out-of-shot character to say “Cut!” and for the actors to snap out of it, because that's how over-the-top it was. Mrs. Serial Killer then instead jumps back a few days to introduce schoolteacher Sona Mukherjee (Jacqueline Fernandez, from Race 3) and her gynaecologist husband Dr. Mrityunjoy “Joy” Mukherjee (Manoj Bajpayee, from Gangs of Wasseypur). Their early interactions reveal that both have a flair for the dramatic — they are no competition for the Netflix movie though — as Sona reveals she's pregnant in a playful manner.

Mrs. Serial Killer, The Imitation Game, Room, and More on Netflix in May

Shortly after, Sona's drunk ex-boyfriend and Inspector Imran Shahid (Mohit Raina, from Devon Ke Dev... Mahadev) comes knocking, claiming he's investigating a missing-persons case involving young pregnant women. With Joy not around, Imran casually picks up and bags items used by the husband, having not produced a warrant of any sorts. Said “evidence” is then used to frame and imprison Joy. A despondent Sona meets with the lawyer, who suggests an illegal scheme to prove Joy's innocence: commit a murder in the style of the serial killer. Only one candidate matches the profile (presumably because of how narrow the field is, as six have been killed already, and they live in a small Uttarakhand town) — Sona's student Anushka Tiwari (debutante Zayn Marie Khan).

Learning this, Sona shouts to herself: “Why are all the conflicts in my story?” In a smarter film, that would read as a kind of fourth wall-breaking humour from a self-aware writer. But that's giving too much credit to Kunder and the team. Here, the joke is Mrs. Serial Killer itself. Speaking of jokes, Fernandez is all over the place. Sure, she's not helped by the fact that Kunder is pushing for high notes out of all his actors — they gasp at the smallest of things like they are in a horror movie spoof — but Fernandez's strained performance will make you wish you were one of the killer's early victims. Bajpayee is the only one who resists Kunder's notes and makes Mrs. Serial Killer a tad tolerable by his mere presence, but he's sadly missing from most of the Netflix film's runtime.

Instead, we are treated to Fernandez hamming her way into being a first-time criminal with some extremely silly physical comedy, paired with generic horror movie music lording over scenes and camerawork that zooms and pans like it's nostalgic for low-budget supernatural Indian cable series from the early 2000s. Seriously, what's with the unnecessary Dutch angles everywhere? But what else should one have expected from the pedigree of Kunder as writer-director, and his wife Farah Khan as producer? Their last collaboration was, after all, the aforementioned Tees Maar Khan. Mrs. Serial Killer is Khan's first production venture in eight years (after Joker), and Kunder's first feature film in as much time.

You'd think someone would have thought twice before offering Kunder and Khan sole control over a movie. Netflix must be running real low on offers if this — in addition to Fernandez's previous film, Drive, also a Netflix original and as laughably bad as Mrs. Serial Killer — is the kind of projects it's happy to put on its platform.

Mrs. Serial Killer is now streaming on Netflix in India in Hindi, Tamil, and Telugu.