A relic from another era of sitcoms. 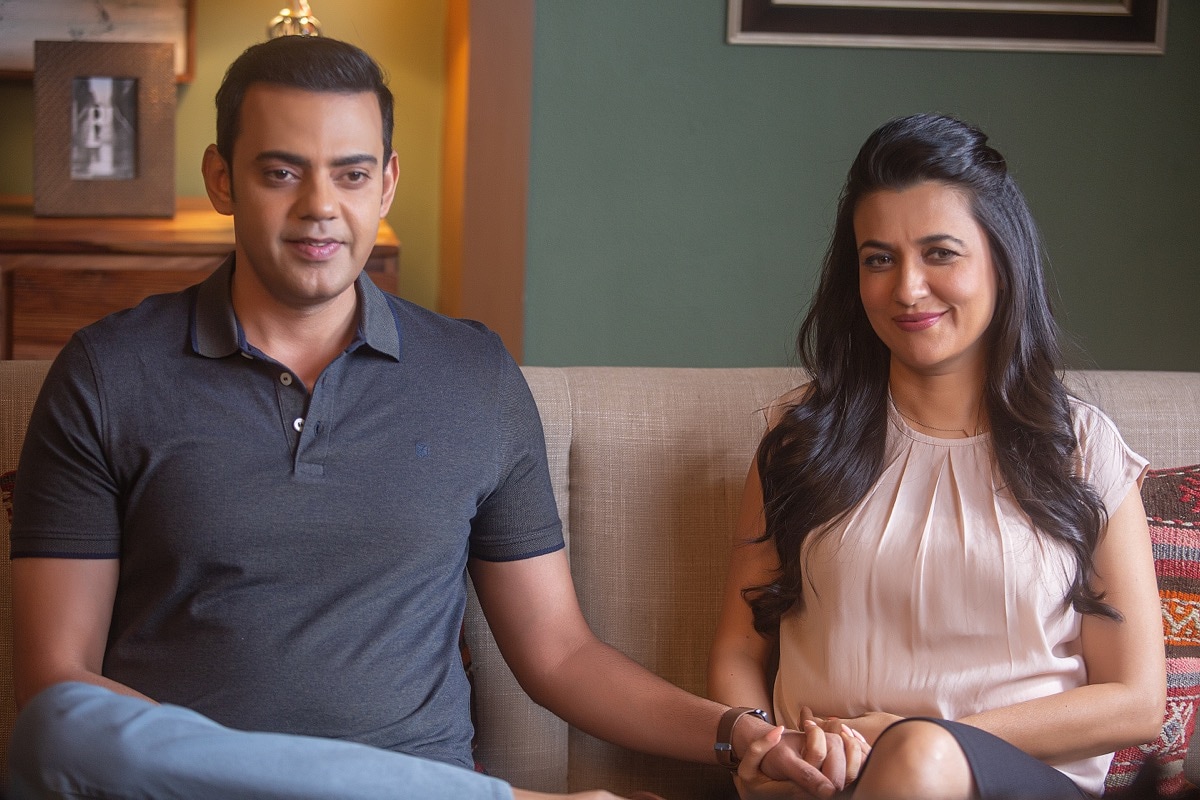 Cyrus Sahukar as Rishabh, Mini Mathur as Shefali in Mind the Malhotras

Remakes are a tricky business. Once you've licensed an existing property, there's really not much stopping you from making a carbon copy of the whole thing. But there are a few unwritten rules, especially with a sitcom, if the writers are worried about concepts such as originality and relevance. One, you must minimise the number of jokes that are lifted altogether. And two, you must transfer the on-screen universe to your own culture and time. Mind the Malhotras — Amazon's newest Indian original series, out now on Prime Video — does partly cater to the latter point, but it's shameless in disregarding the first one. Most of its jokes — at least those in the first two episodes that critics had access to — have simply been lifted from the Israeli original, La Famiglia.

But a shot-by-shot remake is kind of what you expect from co-writers Sahil Sangha and Karan Shrikant Sharma, who have respectively penned the drab and uninspired rom-com Love Breakups Zindagi, and the soulless biopic series Karenjit Kaur – The Untold Story of Sunny Leone. (Sharma did also write the earnest Marathi biopic Anandi Gopal, for what it's worth.) Sangha also developed Mind the Malhotras with Applause Entertainment, the content arm of the Aditya Birla Group that has given us the Hotstar originals — Criminal Justice, City of Dreams, and Hostages — in recent months. And he's also a director on the series alongside Ajay Bhuyan (Dhada), and one of the producers with wife Dia Mirza.

Those combined sensibilities mean Mind the Malhotras feels like a show stuck in the previous generation of sitcoms, with over-the-top drama complementing moments that are unnecessarily on the nose. All that is backgrounded by sounds that aim to dictate the tone of a scene and in turn, tell the audience how they are supposed to feel. And it doesn't help that the Amazon series has an unmistakably on-set feel, with the lighting just too perfect and not natural enough. It's understandable that sitcoms can't always film on location, but that's not a requisite to get rid of the artificial on-set look.

Put together, these facets undermine even those gags that have been copy-pasted at times, hacking away at the inherent awkwardness. And the retention of those gags that didn't work in the original shows the writers were too lazy to bother to tweak them. Other jokes are either too silly or simply don't have enough layers to them. The actual funny moments in Mind the Malhotras are those that quietly showcase the differences between the lead characters, without harping upon them with background sound.

Like the Israeli original, Mind the Malhotras follows a middle-aged, married couple: Shefali (Mini Mathur) and Rishabh Malhotra (Cyrus Sahukar). After learning that yet another couple friend of theirs have decided to get a divorce, the two immediately decide to enter therapy, concerned about the effects on their own marriage.

Through their counselling sessions with Dr. Gulfam Rastogi (Denzil Smith), the pilot episode introduces us to the various obstacles in their lives: a lack of communication, a dwindling sex life, bringing up three kids — Dia (Nikki Sharma), Jia (Anandita Pagnis), and Yohan (Jason D'Souza) — and Rishabh's mother, Seema (Sushmita Mukherjee). Sangha and Sharma do make one change in particular, in that the fourth child — a baby — is missing in the remake.

Naturally, these surface troubles are a sign of something deeper. For one, Shefali and Rishabh are rarely on the same page with each other, perceiving the same event in different ways and then getting upset with the other party for their point-of-view. And they are so scared to communicate with each other that their responses shift the moment someone probes deeper.

In the first episode, Rishabh's supposedly ‘great' day turns into a ‘good' and then an ‘okay' one in the span of a few seconds, after Shefali asks for details. There's no element of self-examination too, which would be more in place with young teenage lovers than a married couple with three kids, as they jump to the comfort of superficial small talk, be it their favourite past-time (watching TV) or discussing the weather.

All this generates conflict between the Malhotras, which is turn leads to comedy for viewers, who will be able to recognise others and — the show hopes — themselves in the central pairing. Further vignettes reveal the hypocrisy of the two, although it's possible they are unaware that they are lying to themselves.

Rishabh claims he's open-minded and considerate in one scene, only to quickly blame his wife moments after. In another scene, Shefali says that she's not someone who can fake or hide things, but she's then displeased with Rishabh after he is straightforward about something that she was trying to bend to suit her narrative. And they claim to be good parents, even as they rip each other's relatives to shred, or botch the lives of their kids' friends to have their way.

Shefali and Rishabh are present in nearly every frame of Mind the Malhotras, with the rest of the cast having bit part roles. The kids barely feature in the first episode, and we learn more about them through their parents than themselves. Jia wants to be the popular kid in school and loves traditional-romance stories, while Dia is more concerned with her studies and prefers something untypical. The youngest Yohan has become a school prankster and menace of sorts, while his two elder sisters are expert manipulators of their grandmother (Mukherjee). And Seema herself only gets a proper introduction in the second episode, as the show presents the myriad ways in which she affects the family dynamic.

None of the performances are really memorable, but they aren't exactly to blame in what is ultimately a run-of-the-mill adaptation that simply doesn't ever look up, let alone aim high. In creating such a faithful remake of an unknown international series, Mind the Malhotras squanders the opportunity to comment on the unique problems faced by Indian suburban families today. And in doing so, it comes across as a relic that belongs on Indian cable television. In fact, that's starting to feel like a trend for shows made by the production company, Applause Entertainment, and a sign that streaming services in India — if they care about quality over quantity — ought to be more careful with the partners they choose to tie up with, as they seek to bolster their original offerings.

Mind the Malhotras is now streaming on Amazon Prime Video.