Men in Black: International Movie Review — the Thor: Ragnarok ‘Spin-Off’ Has None of Its Magic

Time to ‘neuralyse’ the franchise? 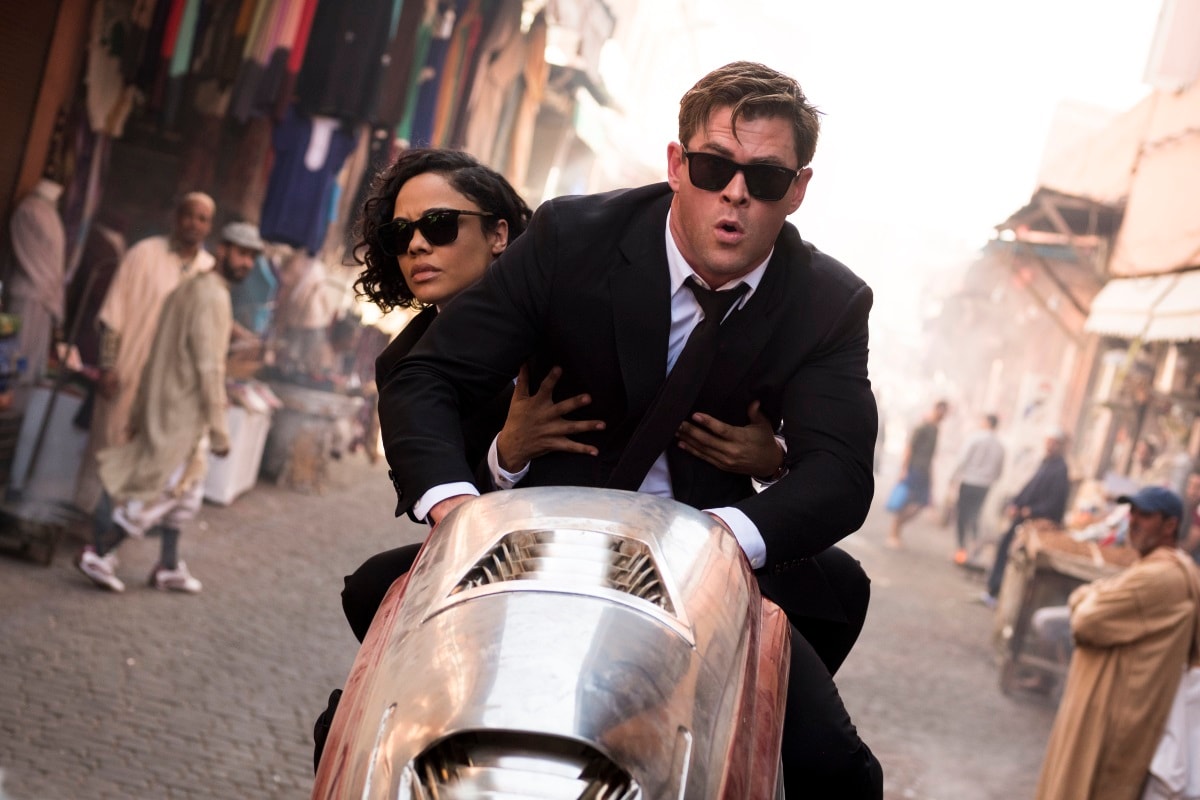 Tessa Thompson as M, Chris Hemsworth as H in Men in Black: International

In November 2017, Thor: Ragnarok rolled into cinemas worldwide, which apart from excelling in many aspects also showcased the wonderful chemistry between stars Chris Hemsworth and Tessa Thompson. This is conjecture on our end, but it's likely that a few Sony Pictures executives also picked up on that, given both Hemsworth and Thomspon were cast a few months later to lead the next Men in Black film. On paper, that must have sounded great. The two were moving from a franchise that had recently become highly self-aware and found success in doing so, to a franchise that has been self-aware from the start 22 years ago, when Will Smith and Tommy Lee Jones brought the comic book to life. But though actors can make or break or a movie, it's still a lot more than its leads.

More soft reboot than sequel, Men in Black: International offers what its subtitle promises, as the plot takes the action to London, Marrakesh, Naples, New York, and Paris. Along the way, it throws in a bunch of eccentric creature designs for comic effect, alongside shiny futuristic weapons and flying vehicles (some of which are product placements) that are meant to wow audiences, but amount to nothing in the narrative sense. And its humour only shines in parts, whose crowning moment ends up being a Thor reference that's already been revealed in the trailers. In fact, it's Kumail Nanjiani (Silicon Valley) playing a tiny alien who ends up being the life of Men in Black: International, and he should have been involved more in the film, even though his character has no real importance to the story.

Speaking of the story — which comes from Iron Man co-writers and Transformers: The Last Knight writing duo Art Marcum and Matt Holloway — Men in Black: International suffers from perennial low stakes that makes it unengaging, even as there's so much happening in the film one after another. That problem is compounded by the fact there's a lack of cohesion to it all, with several scenes serving no larger purpose, which suggests that scenes that previously existed and connected to those have been taken out during the edit process. (There are three credited editors — Zene Baker, Christian Wagner, and Matt Willard — on Men in Black: International, so that might be a sign in itself.)

Because of this, some moments come out of nowhere. Others are simply inserted to add a new twist or send the story off in another direction. And thanks to false endings, there's a stop-start feeling to Men in Black: International's third act, which also suffers from flashback inserts, likely put in to appease confused test audiences.

After establishing Hemsworth as Agent H, one of MiB's top agents from the London branch, Men in Black: International jumps two decades prior to New York to introduce us to Molly (Thompson). She has been obsessed with the titular organisation ever since two agents ‘neuralysed' her parents for encountering an alien but forgot to do the same to her. The grown-up Molly eventually figures out a way to land at their headquarters, where she's questioned by the branch head, Agent O (Emma Thompson, reprising her role from 2012's Men in Black 3), and told that the MiB life comes at a price. With no love or attachments in her life, Molly talks her way into being recruited as Agent M and she's quickly dispatched to London, where she lies her way to team up with Agent H on his next mission.

Men in Black: International lays the groundwork for two things by the end of its first act. The more obvious one is the dynamic between Agents H and M, which draws off pretty standard check-boxes. H behaves recklessly and is unaware of his shortcomings, which is essentially Hemsworth riffing on Thor. M is the more calculative and logical one, but she tends to slip up in her desperation to prove herself. And though he prefers to work on his own, he accepts M as a partner after she shames him, which kick starts an unlikely mentor-mentee thing, with the veteran H showing the newbie the ropes.

But the more important one, or at least it would be if the film cared, is Agent O's point about how being in the MiB isn't all fun and games. Men in Black: International introduces that message in the beginning, then largely forgets it until the very end, except for one scene in the middle that delves into Agent H's love life and in turn, touches upon the emptiness of Agent M's. Aside from that, there's also a running subplot regarding Agent H, with everyone remarking that he has changed and he's not who he used to be. It's meant to link into a larger mystery, but it's so threadbare that it has nowhere to go.

Agent H and M's mission soon brings them into contact with the alien villains, nicknamed The Twins (Laurent and Larry Bourgeois) naturally for the French dancing duo that plays them. The Twins are imagined as a shape-shifting nebula, who can appear from and disappear into thin air, and possess the ability to transform and mould any piece of metal in their environment. They feel menacing and are a much-needed threat in Men in Black: International, but they are also forgotten and inserted into the story at the writers' whims.

Men in Black: International largely wastes the rest of the ensemble cast at its disposal, including the aforementioned Thompson, as well as new entrants Liam Neeson, Rafe Spall (Jurassic World: Fallen Kingdom), and Rebecca Ferguson (Mission: Impossible – Fallout). Neeson plays High T, the head of the London branch, and has little to do. Spall has a one-note character in Agent C, who only exists to behave as the rival to Hemsworth's H. And Ferguson, playing an intergalactic arms dealer named Riza who has prior history with H, is randomly thrown into the mix. One could argue that's also the case for Nanjiani, playing an alien pawn from a royal family made up of chess pieces — dubbed Pawny by Agent M — but he's so enjoyable to have around that it's hard to complain.

One of his best scenes, where Nanjiani expertly plays around with his inflection, is incidentally also one that coincides with a terrific showcase of the on-screen chemistry shared by Hemsworth and Thompson. With a glance, a well-timed pause, and a knowing smile, the duo validates Sony Pictures' confidence in them to lead the film. But Men in Black: International can't recapture the Thor: Ragnarok magic, because the two stars weren't solely responsible for it. Much of Ragnarok's success was down to the irreverence of director Taika Waititi, and Sony should have hired him too while they were out poaching Marvel talent. Unfortunately, F. Gary Gray — best known for directing Fast and Furious 8, and The Italian Job — can't catch that lightning in a bottle.

Men in Black: International is now playing in cinemas across India.

OnePlus 7 vs Google Pixel 3a Camera, Performance, Battery Life Comparison: Which One Should You Buy?
Will Aggressive Pricing Help OnePlus 7 and Oppo Reno 10X Zoom Succeed in India?