Maska Review: Netflix’s Coming-of-Age Comedy Is a Lazy, Frivolous Joke of a Movie

And it treats women as accessories to the male protagonist’s journey. 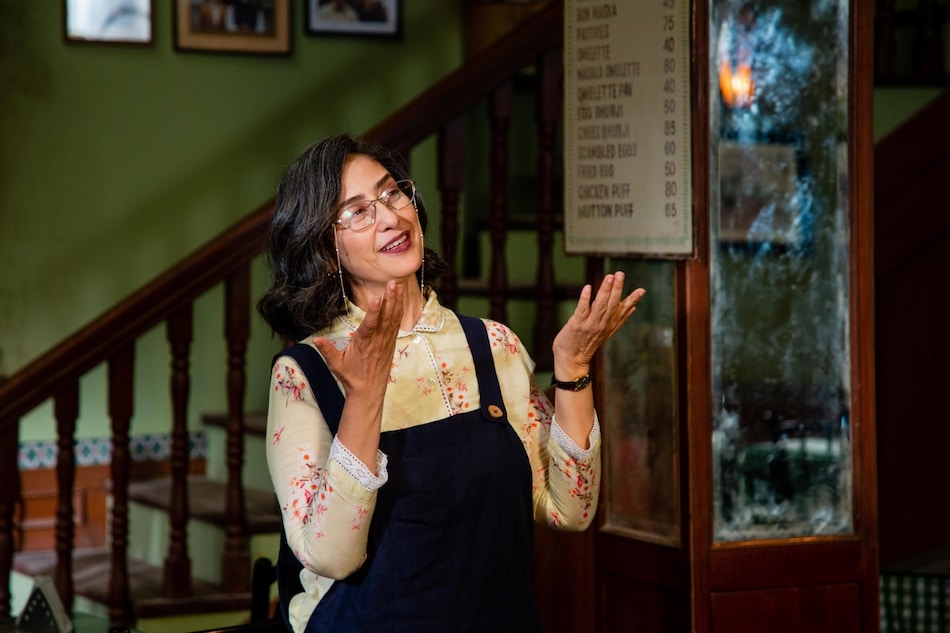 Maska, Netflix's newest film from India — written and directed by feature debutante Neeraj Udhwani, best known for directing over a hundred episodes of the anthology series, Yeh Hai Aashiqui — is fascinated with the Irani café bread-and-butter staple it's named after: bun maska. It shows up in multiple musical montages, which push the movie into food porn territory. It's the last wish of a dying character. And it's shared by the lead couple at the very end. Strangely then, it has no bigger relevance. It's merely a prop. There's no reason that bun maska is part of Maska other than the fact that Udhwani clearly loves it. (We wondered if it would tackle the other use of the term maska, which means to butter someone up, but that doesn't happen either.)

Look, it might have been fine if Maska would have been called something else. But if the title of your movie has no thematic underpinnings to it, it doesn't bode well. On top of that, it's not even close to the Netflix film's biggest fault. Maska follows an extremely privileged male teen (Prit Kamani, from Hum Chaar) who's completely unaware of said privilege. It's okay for the character to be that, but it's not okay for the film to never call it out. To make matters worse, all its female characters — played by Manisha Koirala (Dil Se..), singer Shirley Setia, and Nikita Dutta (Ek Duje Ke Vaaste) — exist only as accessories to the journey of the male lead, with the younger ones throwing themselves at men. In doing the latter, it not only defies their characterisations, but feels like wish-fulfilment.

Maska opens on the nineteenth birthday of the aforementioned privileged teen Rumi Irani (Kamani), who is gifted his dad Rustom's (Jaaved Jaaferi, from Dhamaal) hand-me-downs by his mother Diana (Koirala). The Irani family — which lives in an upscale south Mumbai neighbourhood — owns an Irani café called Cafe Rustom. Diana wants Rumi to follow in his father's footsteps and take over operations, but those plans are waylaid after the acting bug bites him. Rumi literally daydreams of winning an award, regularly practising his acceptance speech in front of a mirror with a deodorant bottle or something else in hand. On the insistence of his acting school fellow and small-town divorcée Mallika Chopra (Dutta), the mama's boy leaves home and ventures out.

As someone who's also had everything come easy to him — the Netflix movie deliberately plays into that to build that perception — Rumi is not ready for rejection-heavy Bollywood. More so given he has trouble letting go of his mother, makes everything about him, and doesn't see the importance of real-life stories. The last of those occurs in a conversation with Persis Mistry (Setia), a blogger who lives in the same upscale SoBo neighbourhood as Rumi and runs Bombay People Project, essentially a fictional version of Humans of Bombay. Sorry for not introducing Persis earlier, but it's not like the Netflix film cares about her either, given she's brought in and forgotten as and when Maska pleases. Though she's the female lead, Persis is nowhere in the movie for an hour.

More importantly, neither Mallika nor Persis have any agency or arcs of their own. Both are merely vessels for the advice Udhwani wants to espouse to people like Rumi. At one point out of the blue, one of them claims she's not a prude, but Maska is. Its visuals can't commit to its characters' words. It throws out logic in an attempt to be poetic and instead ends up looking ludicrous. The Netflix film is also a terrific example of a writer-director failing to heed the tenet of “show, not tell”. Maska expects the audience to believe something because it said it, not because it's given us any proof of it. (At times, it even says things we can observe for ourselves.) That results in its themes and revelations abruptly spat out in dialogue, rather than be woven in.

Elsewhere, rather than relying on the actors and the editing, Maska lets the background score dictate the pace of scenes. This also leads to tonal imbalance on the Netflix film, with the score unable to carry or justify characters switching between two opposite emotions in the span of a few seconds. Its heavy use of background music also drives its love of montages, whose frequency ultimately reads like laziness, in lieu of writing meaty scenes that would deepen the characters and storytelling. But going by what's on offer, that may be a task beyond Udhwani's capabilities. Scenes are so loosely written and put up that it almost feels like the makers couldn't wait to be done with it. Maska is a frivolous and farcical joke of a movie, and with Netflix making a habit of this, the joke is on those who hit play.

Maska is out Friday, March 27 on Netflix worldwide.