Luke Cage Review: Is This Netflix-Marvel's Best Superhero Series Yet? 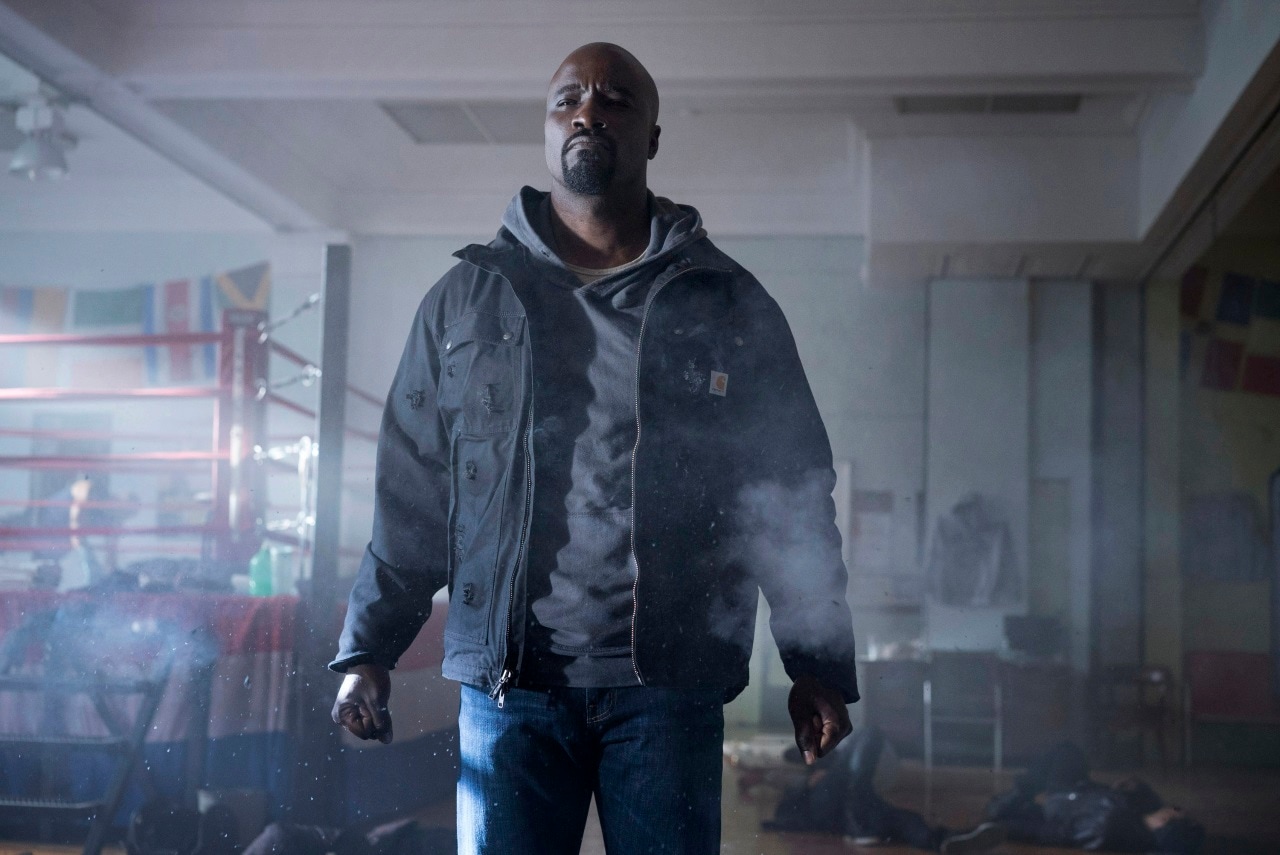 Stripped down to the bare essentials, all superheroes meet this particular criteria: locked in a war with a determined villain, their presence and involvement has repercussions on the people closest to them. This holds true for Marvel's collaborations with Netflix as well – Matt Murdock's two co-workers are continually in the line of fire on Daredevil, while Jessica Jones worked overtime to keep the ones she cared about safe.

In Jones' case that included Luke Cage – a super-strong man with bullet-deflecting skin, played by Mike Colter – who appeared in a few episodes of that story, before getting the chance to headline his own eponymous series, also on Netflix.

Thr new show starts on Netflix from September 30. As is usual for Netflix shows, all the episodes will be available together. Gadgets 360 got an early look at the episodes, and we were impressed by what we saw. At the start of the first episode, taking place some months after the events shown in Jessica Jones, Cage is trying to rebuild his life in the New York City neighbourhood of Harlem, after moving from Hell's Kitchen.

As an ex-convict and fugitive, full-time employment with benefits is hard to come by. So Cage is forced to work two jobs. He sweeps floors at the local barber shop Pop's, named after and run by Henry “Pop” Hunter (Frankie Faison, of The Wire fame), who is also father-in-law to Cage. And at nights, he's a dishwasher at a Harlem nightclub owned by mobster Cornell Stokes (Mahershala Ali) aka Cottonmouth.

Just don't call him that, because Stokes has a tendency to go off the rails. The man has a short fuse, as shown in the early episodes, which tends to often get in his own way. To tone down his wild side and help legitimatise his revenue streams, his cousin and councilwoman Mariah Dillard (Alfre Woodard) serves as the counter-balance – regularly effusing the bright future and creative juices flowing through Harlem and its people.

The last bit is what differentiates Marvel's Luke Cage from Daredevil and Jessica Jones. Where the other two largely focused on the interplay between the protagonist and the antagonist, Luke Cage looks beyond that to encompass the populace. The element of community is at the heart of the show, with creator Cheo Hodari Coker doing his best to infuse a living-and-breathing Harlem into its every frame.

That bigger community presence also results in a different approach for the villains, one that eschews the classic hide-and-seek thriller build-up for much more open banter all around, with both Cage and Cottonmouth having to maintain their name as the season goes on. The two function as tugs at the opposite end of the rope, defined not just by their actions but how they are perceived at large by the society. What could become an isolated straight-up fight (and does for other superheroes) becomes a push and pull mechanism in Luke Cage, involving most of Harlem.

That is to say, Marvel's third Netflix series is primarily about the people of Harlem, and the permeating themes of identity, self-expression, respect, honour, and group mentality. At the same time, the show is also more for the black community, who have lacked vigilantes with abilities fighting in their skin colour for the longest time. Marvel is only now making moves both on the small and big screens – with Luke Cage here, and upcoming Black Panther film. And so the show's characters regularly discuss their own personal heroes, whether it be basketball heroes from Michael Jordan to LeBron James, Muhammad Ali, and even authors such as Walter Mosely and Donald Goines.

This comes across even in other manners, with scenes taking place on Malcolm X Boulevard and a community centre named after Crispus Attucks. Or through its music, which forms an important part of the show, right down to every episode named after a Gang Starr song. So it's only natural that Cottonmouth owns a nightclub, hosting the likes of Raphael Saadiq (Good Man), Faith Evans (Mesmerized), Charles Bradley (Ain't It A Sin) across the episodes. And with Adrian Younge and A Tribe Called Quest's Ali Shaheed Muhammad providing the background score for the show, hip hop becomes the natural baseline for most moments in Marvel's Luke Cage, with the likes of Wu-Tang Clan's Bring Da Ruckus layering another one-sided fight sequence.

The show's primary cast extends beyond Colter, Ali, and Dillard. There's police detective Misty Knight (Simone Missick), who is running her own by-the-books operation to bring down Cottonmouth, and is drawn into Cage's activities. Missick is great in the role, and it helps that the character isn't written as a support mechanism for our hero. And then there's “Shades” Alvarez (Theo Rossi), who is sent by a bigger criminal to advise Cottonmouth after a minor debacle.

All of these characters respect the pillars of the black community, but their values and modus operandi vary. Knight is clear about her view on vigilantes, who are unaccountable and cannot be trusted. Cage in turn distrusts the system, and feels the legal roundabout of arrests and plea bargains allows crime to foster. Where Cottonmouth sees an opportunity for money and power, Dillard wants to build Harlem of the future. And yet as long as her cousin's methods get the desired results, she's ready to look the other way.

Coker and his team of writers are able to craft really engaging dialogues between these sets of characters, which forms an essential part of the show for its first half (seven episodes were provided for early access). Be it Luke Cage and Pop, Misty Knight and her partner, or Cottonmouth and a Harlem rival, the conversations manage to hold you by a combination of regular pauses that add weight and light editing work.

The show's problems are similar to those of other superhero shows, by either playing into unjustifiable motives or doling out archetypes. Characters get pushed to their limits only because the episode demands for it, and story elements are too strongly hinted at in the same episode before being confirmed towards the end. Cage's origin story suffers too, hitting the requisite notes for a good guy punished for doing no wrong angle, and the usual reluctant-hero attitude of leave-me-alone.

The references to their big-screen counterparts – Luke Cage is part of the Marvel Cinematic Universe – is routine stuff too, with people talking about the green guy (the Hulk) or the one with the silver hammer (Thor), while also mentioning Cage's “girlfriend” in Hell's Kitchen (Jessica Jones) or name-dropping Wilson Fisk from Daredevil. Trish Walker, Jones' adoptive sister and radio show host, also makes an appearance.

There are nods to Luke Cage's comic book past as well, from Colter saying “I'm not for hire,” at the end of first episode – Cage is a founding members of a team called Heroes for Hire – to the old fashioned metal tiara won by the character in another episode.

All of that is secondary to what the show is largely about, though. With Luke Cage at its centre – a man with unbreakable skin and near invincibility in combat – Coker gets time to explore the other variables that affect him and the community at large: a potent mix of prejudice, societal conditions, hierarchy, and police neglect. While Cage grapples with his new-found hero status post an event or two, the consequences of his personal agenda against Cottonmouth sends ripples for everyone living in Harlem.

It can be a tough act to balance, and seeing him navigate those treacherous waters is what makes Marvel's Luke Cage a great fixture to follow, even more so for its progressive and inclusive nature.