Krypton Review: Superman Meets Game of Thrones in a Prequel No One Asked For 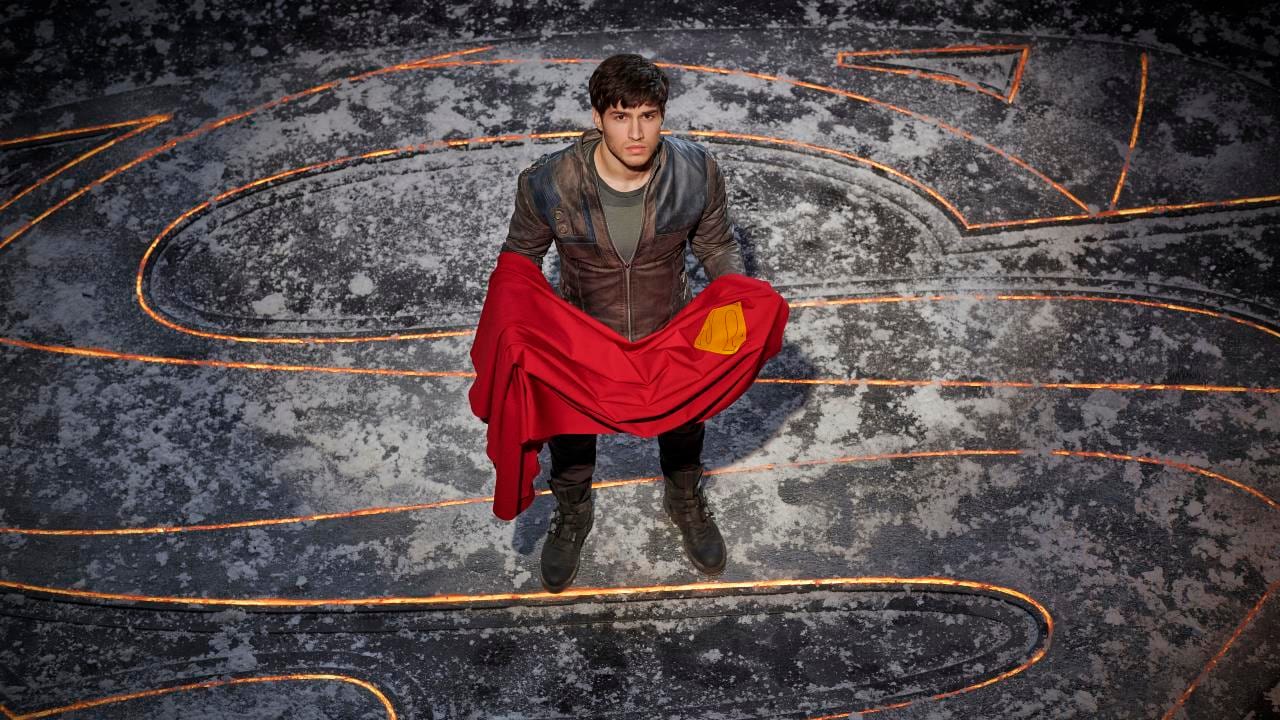 A minute into the pilot episode of Krypton, when Ian McElhinney (Game of Thrones) steps into the frame donning a blue suit and a red cape emblazoned with the iconic Superman logo, you could be forgiven for thinking he was playing an older version of the superhero. But this is not a show about Superman. In fact, this is not even a show about his father. Set on the titular planet two generations prior to its cataclysmic end and his birth, Krypton – premièring Wednesday on Syfy, and available for purchase elsewhere – follows Superman's grandfather, Seg-El (Cameron Cuffe), in his twenties.

As such, Krypton demands a keen interest in Superman canon right from the start, like with the ongoing Supergirl and Smallville before it, minus the expectations of watching someone fly and display superhuman strength. Instead, Krypton focuses on the politics being played by the great houses in the capital city of Kandor, and the lives of those caught up in that world, be it the ruling class living amongst the clouds, or the unfortunate – pejoratively termed "rankless" – that barely survive in the depths below, all the while grappling with the rise of a new theocratic ruler, the Voice of Rao.

McElhinney, who plays Seg's scientist grandfather Val-El, is an early victim of the new form of government, owing to his belief in extra-terrestrial life and the study of potential off-world threats despite the ruler's disapproval. For his actions, his family – the House of El – is stripped of its rank (and in turn, the iconic insignia), and Val is executed for treason. The story picks up fourteen years later with a grown-up Seg, who's scratching out a living fighting in bars. He's still got a friend or two in high places, including his lover Lyta Zod (Georgina Campbell, from Black Mirror), who serves in Kandor's militarised police force.

Cameron Cuffe as Seg-El and Georgina Campbell as Lyta Zod in a still from Krypton
Photo Credit: Gavin Bond/Syfy

Things take a turn for the worse after a man shows up from Earth, Adam Strange (Shaun Sipos), who hands him a crystal with the Superman logo on it, and claims he's travelled from the future with a message from Seg's grandson: someone wants to get rid of Superman by preventing his birth on Krypton. That someone turns out to be Brainiac (Blake Ritson), the supervillain best known to Superman fans as the one who miniaturised Kandor and put it in a bottle. Seg's search for answers becomes the engine for the 10-epsiode Krypton season one, as he tries to save Kandor and keep himself alive.

Created by David S. Goyer – screenwriter on the 2013 reboot Man of Steel, and co-writer on the 2016 follow-up Batman v Superman: Dawn of Justice – it's easy to imagine Krypton being pitched as Superman meets Game of Thrones. Much of it revolves around the inequality in society, and how the in-fighting, bickering and manoeuvring of the elite leads to suffering for the common folk. Krypton makes political and social commentary along the way too, drawing parallels with the militarisation of police in the US, and how technological advances can make life both easier and impersonal, with childbirth completely independent of women's bodies on Krypton.

Despite those technological advances, and other visible signs of a futuristic society, Kandor's turn to theocracy means it's backwards in other areas, which makes Krypton unique in sci-fi fare. Citizens are accused of treason with little to no proof, with no recourse for a proper trial, and the punishment being death. Even the police force operates in brutal barbaric ways, be in their handling of the "rankless", and subordinates allowed to challenge their superiors in a fight-to-death leadership contest at a moment's notice. It's a civilisation in decline, showrunner Cameron Welsh has explained in interviews, which gives them room to build Krypton to how fans know it as.

Cameron Cuffe as Seg-El and Ian McElhinney as Val-El in a still from Krypton
Photo Credit: Gavin Bond/Syfy

Owing to Goyer's big role, Krypton shares the storytelling tones and visual aesthetic of the DC films he worked on with director Zack Snyder. That means the Superman prequel is perpetually grim and dark, and repeatedly pushes its characters to their figurative and literal limits. Within the first five episodes, all the major characters come close to being killed, not once but on multiple occasions. High stakes are important for dramas, but when you raise them over and over without the possibility of pay-off – Krypton doesn't have Game of Thrones' ensemble strength to afford killing too many – the stakes actually end up being lowered.

It doesn't help that the writing is skin-deep in most places. Krypton always seems to be in a hurry, using the interactions between characters merely as a way to further the plot, rather than build them as someone with flesh and blood. There are too few moments where the show breathes, and even fewer moments where Krypton makes space for characters to shed off the heaviness. As a result, characters suffer in turn: Seg is a bland, generic hero with nothing that makes him memorable; his love interest Lyta is slightly better served, and her relationship with her mother Jayna Zod (Ann Ogbomo) who's also her boss in the police force, is the only subplot that gets proper attention, focusing on two women struggling to juggle their personal and professional relationships.

Visually, Krypton is similar to the heavy desaturation applied in both Man of Steel and Batman v Superman. It's all different shades of greys with barely a hint of colour, and to further emphasise its dark, gritty tone – or probably owing to budgetary reasons – most scenes and environments are dimly lit. Not a single promotional image provided by Syfy – some of which are on this page – is a true representative of how the show actually looks. The only pop of colour is owing to the Voice of Rao, who wears a golden helmet of many faces, which apart from making the character impossible to understand/ relate, also doubles as bordering on self-parody.

Wallis Day as Nyssa-Vex in a still from Krypton
Photo Credit: Gavin Bond/Syfy

With DC shows having fared better than its films, it's understandable that Warner Bros. would want to capitalise further on that success. But even then, Krypton would have been a tough sell, given it doesn't have any superheroes, and won't crossover with existing series. The new Syfy series is an origin story for the origin story – you're already looking at a narrow, dedicated Superman audience. Unfortunately, even those fans will have a hard time finding something that piques their interest: poorly-sketched characters suffocated by a boring story that assumes importance by attaching a bombastic score is a recipe for disaster. We'd be surprised if Krypton gets a second-season order.