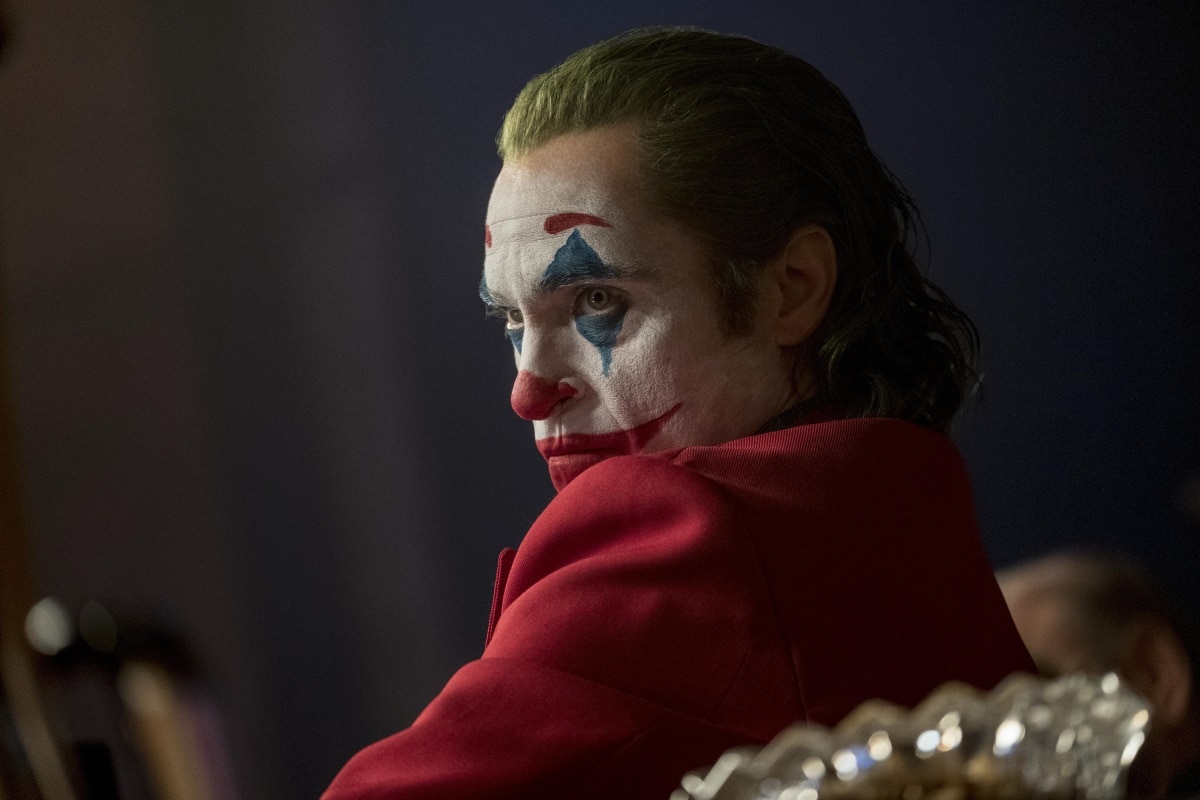 One of the reasons the Joker was such a thrilling phenomenon in Christopher Nolan's 2008 masterpiece The Dark Knight was that the film opted to make him an enigma. It made him all the more terrifying because you didn't know why the DC villain did anything, and he deliberately contradicted himself every time he offered a glimpse at his thought process. Ultimately, we are told next to nothing about his background. In other words, The Dark Knight's Joker had no origin story. The comics have largely avoided fully sketching out his past as well, though the most common elements have included him falling into a vat of chemicals and then being driven insane by the resulting disfiguration. Enter the new take on the character in Joker.

With director Todd Phillips (The Hangover Trilogy) at the helm, who's working off a script he co-wrote with Scott Silver (The Fighter, 8 Mile), Joker is far from wholly original though. Its basic premise — that of a failed stand-up comedian who unwittingly turns to a life of crime — is borrowed from Alan Moore's 1988 one-shot graphic novel “Batman: The Killing Joke”. Additionally, the film riffs heavily on the works of Martin Scorsese — who was once attached as producer, but left due to the workload involved with The Irishman — especially the 1976 neo-noir psychological thriller Taxi Driver, and the 1983 satirical black comedy The King of Comedy, both of which starred Robert De Niro. (De Niro is in Joker too, and his role is a reverse homage to the latter.)

It's why Phillips has also chosen to set Joker is that same period, as it takes place in 1981 in Gotham City, which as every Batman fan knows is essentially New York for all intents and purposes. By its setting, the movie can then trade on New York's civic, criminal, and social problems from that time, which essentially run parallel to the atmosphere of Taxi Driver. Joker mixes that with the character's aspirations to have the life of a talk show host and comedian from The King of Comedy. (De Niro played a madman then and he plays the host now.) And just as both Scorsese films did, Joker too follows a lonely individual who's combating a mental illness and is slowly driven insane. Here, said individual is a failed comic called Arthur Fleck (Joaquin Phoenix).

At the start of the film, Arthur is employed as a clown — an intentional foreshadow — who works as a sign waver. One day, he's picked on by a bunch of kids who proceed to destroy the sign and beat him up. But Arthur's boss doesn't buy his story and issues him a final warning, even though he was the victim in this scenario. Things aren't any better on the personal side of things. There's no one in his life except his mother Penny (Frances Conroy), whom he diligently takes care of. Together, they always watch Murray Franklin's (De Niro) nightly talk show, which Arthur vividly dreams to be a part of. On top of all that, Arthur has a medical condition that causes uncontrollable episodes of laughter, which doesn't earn him any compassion even though he carries a laminated card that says as much.

This takes place against the backdrop of a Gotham City where the divide between the haves and the have-nots is deepening by the day. The messaging is pervasive throughout Joker, with the city having trouble dealing with everything from “super rats” to funding its social services. It doesn't help that Gotham's next mayoral candidate is an uber-rich man in Thomas Wayne (Brett Cullen) — father of a young Bruce, who grows up to be Batman and Joker's archenemy in the comics — who has some choice words for the city's poor. Wayne's demeanour makes him an easy villain in Joker, both on a public and private level, with the film tweaking his past and personality to give Arthur further reason to hate him. (That also helps set up an intriguing twist on one of the most iconic comic book moments.)

In the run-up to its release at film festivals, Phillips used the word “bonkers” to describe Joker. But it's actually straightforward in pure filmmaking terms. To set up the story of a person who feels neglected by and isolated in society, Joker essentially puts him through the wringer. Arthur starts off in a bad place and things just get progressively worse from there on, as he loses all his support systems: mental, professional, and personal. Joker also literally isolates him on-screen, with the many supporting roles — including De Niro, Conroy, Cullen, his clown pals, and Zazie Beetz as his love interest — amounting to extended cameos for the most part. So when Arthur snaps a little more than midway into it, it's very easy to identify with him, even though you know what the Joker stands for.

Joker is most thrilling, hair-raising, and disturbing as Arthur completes his transformation into the title character, with each scene thereafter somehow more terrifying than the one it follows. His actions help the anti-rich sentiment in Gotham boil over, and it's terrifying to see how the pain and anger of one individual can be co-opted by a system for their benefit. But it's also here Joker wades into troubled waters. Not only does it state that mental illness can be a source of evil, it also gives a select group fuel for how they see the world. By making Arthur a hero of sorts, Joker can be seen as justifying their thoughts and potential actions. That's a dangerous notion to peddle — without condemning — in an environment where everyone believes they are “righteous”.

That any of it sticks is because of Phoenix. The 44-year-old — who has wilfully avoided commercial cinema ever since the turn of the century — gives Joker every ounce of what he has to offer, having lost 24kg of weight for the role. His (unintentional) laughs start off with copious amounts of nervousness and sadness, and then slowly morph into something else altogether. By the end, Arthur isn't laughing as much, but you can tell that he's smiling to himself. Phoenix is every bit as captivating as Heath Ledger was over a decade ago — it's why there are calls already for giving him the Oscar — albeit for different reasons. If Ledger was frightening, then Phoenix is spine-chilling. The latter also benefits by getting to work with a character arc courtesy of the transformation.

For those that usually restrict themselves to the superhero genre, Joker will no doubt be a breath of fresh air. And though it's not part of the DC film universe that includes Wonder Woman and Aquaman, it does leave room for a future with more of Bruce Wayne. Phillips has said he doesn't see Robert Pattinson's Batman cross over but that doesn't mean he can't create his own world, which depends on how it does commercially. But as an origin story — Arthur is a product of a broken mother, a broken home, and a broken city — it's unable to meaningfully engage with what it presents. And as a standalone ~superhero~ film, Joker drinks too much from Scorsese's can while presenting a deeply cynical but ultimately empty viewpoint. It's provocative but sadly, it's also irresponsible in the handling of that material.

Joker is out now in cinemas across India.