And it’s got nothing to say about its central concept. 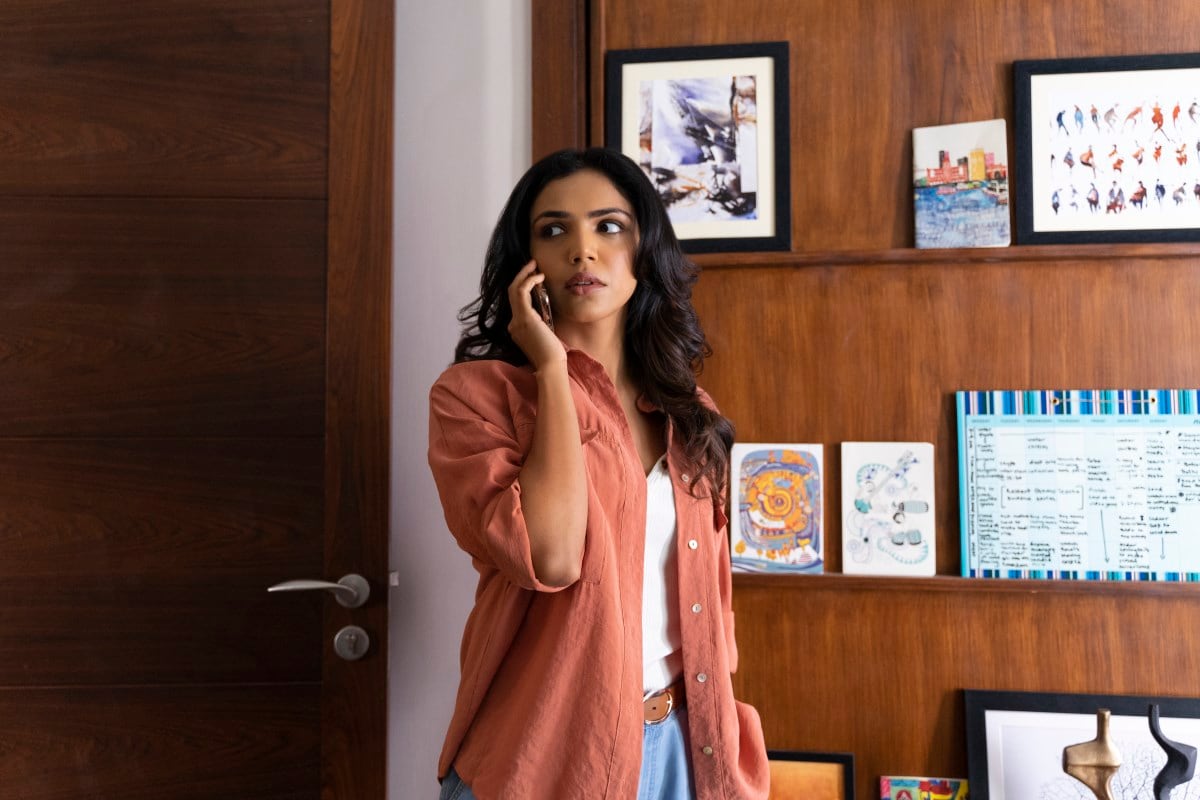 In the late 1990s, Japanese psychologist Tamaki Saitō coined the term hikikomori to describe young adults who had withdrawn from society and largely confined themselves to their home, essentially turning themselves into modern-day hermits, so to speak. A 2018 study by the Japanese government found that nearly half of the hikikomori surveyed had lived in seclusion for at least seven years, with one third relying on their parents for money. It's turning into a problem to reckon with for Japanese society, but there's no easy way out. Getting hikikomori to open up can take months, and helping them through the trauma that forced them into isolation takes even more time, per a non-profit.

If you're wondering what all that has to do with House Arrest — the new Netflix movie starring Ali Fazal and Shriya Pilgaonkar (Mirzapur) in the lead — that's because the film relies on the concept of hikikomori for its premise. Well, a bit of it anyway. In truth, it's just an excuse to cook up a homebound romantic comedy with the two leads. It's clear that House Arrest doesn't care to understand and convey the true depth of the problems faced by such shut-ins, because its exploration of said topic virtually ignores nearly every symptom displayed by hikikomori. By the end — if viewers will somehow even get there in the first place — its events are so unbelievable that it might as well call itself that.

The bigger problem for House Arrest, in storytelling terms, is that it's only interested in the protagonist Karan's (Fazal) external struggles — not the internal ones. Even in that regard, it's unwilling or unable to go beyond the surface, as it repeatedly challenges Karan's confinement to find out what it'll take for him to leave his home. And in the hands of co-directors Shashanka Ghosh (Veere Di Wedding) and novelist Samit Basu, working off a script by Basu, House Arrest eventually falls back on a rushed cliché. Fazal and Pilgaonkar — their work and on-screen chemistry — are the only reason it's watchable, but at 104 minutes, it's over-stretched and heavily padded. It might be better off as a short film, if it had to be made.

House Arrest opens by giving us a look at Karan's daily routine, which involves a mix of cleaning, cooking, and origami. In conversations with his best friend Jamshed “JD” Daneja (Jim Sarbh, from Neerja), a womaniser who constantly annoys Karan and tries to get him to leave the house, and a journalist Saira (Pilgaonkar), who's researching hikikomori in India and is introduced to Karan by JD, he reveals he hasn't left his home in Delhi for 279 days, over nine months. But for someone who claims to have little interest in talking to people or allow them into his home, it's curious how Karan is constantly glued to his phone and makes little effort to wade off those who barge through the door.

As part of its external intrusions, House Arrest pushes an annoying neighbour in Pinky (Barkha Singh, from MTV Girls on Top), the sparkly daughter of a Dubai don, on Karan as well. (Pinky, and JD for the most part, fall into immediately-recognisable character tropes.) With the help of her extremely tall and well-built bodyguard, Pinky drops off a large pink suitcase with a man (Badrul Islam, from Daayen Ya Baayen) covered in bubble wrap stuffed inside at Karan's place, because her cousins are coming over. This whole subplot, involving Pinky, her bodyguard, and the man-in-the-suitcase, is entirely frivolous. It has nothing to say on a big-picture level. It's included to create a comedy of errors, and be the pivot that ends Karan's homestay.

If a film insists on being plot-based rather than character-based — which it shouldn't — as does House Arrest, the least it can do is make sure its events are interesting and meaningful. But the new Netflix film is merely filled with happenings for the sake of filling its unnecessary runtime. And making it more incredulous, it all somehow happens on the same day — the events of House Arrest last a single day in real-time — which would be enough to drive anyone mad, let alone a hikikomori. That compressed timespan not only renders Karan and Saira's love story unrealistic, but in turn, it makes House Arrest's ending just as unconvincing.

Badrul Islam as the unnamed man in the suitcase in House Arrest
Photo Credit: Netflix

And in overly stuffing itself, House Arrest seems to betray itself on a philosophical level of sorts. Its lead characters espouse the wonders of being alone, and the film wants to be about people who have withdrawn from society. But clearly, the makers themselves couldn't commit to it. Theoretically, it would be a lot more interesting to imagine a story with just Karan in it, as would have been the case on most of those other 278 days. That would also make it a more internal story. As it is though, the lacklustre House Arrest follows the recent trend of irresponsible to indefensible Indian originals in Bard of Blood and Drive. It's hard to fathom why Netflix is willing to hurt its brand so, though it's making a terrific case for Indians to stop subscribing, if this is how their money is going to be put to use.

House Arrest is out November 15 on Netflix worldwide.