The Gray Man Movie Review: A $200 Million Dud From the Avengers: Endgame Directors

Russo Brothers make their own Fast & Furious — with room for family and sequels. 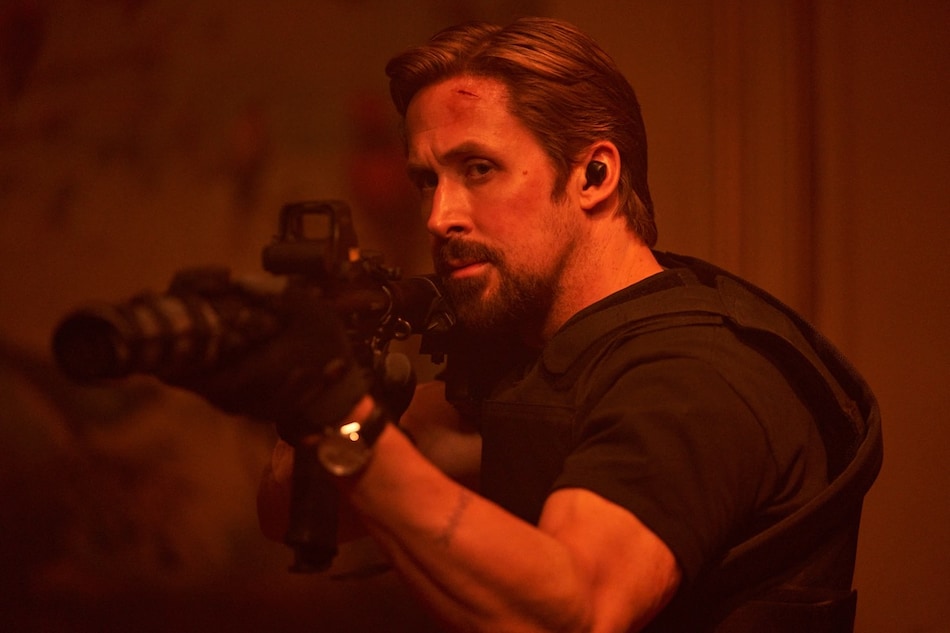 Ryan Gosling in The Gray Man

The Gray Man — out Friday on Netflix — brings the Russo Brothers, directors of Avengers: Endgame and Avengers: Infinity War, back into big-budget action filmmaking. And they have all the right ingredients at their disposal. For one, they are working with the writers behind those Avengers movies, Christopher Markus and Stephen McFeely, who have shown themselves capable of handling unwieldy material. By contrast, The Gray Man — based on Mark Greaney's 2009 eponymous novel — is thin and straightforward. In Ryan Gosling, they have a lead star who's been underused in genre film. And he's surrounded by the smile of (former) Captain America in Chris Evans, the resoluteness of Ana de Armas, and the suave of Bridgerton's Regé-Jean Page. On paper, The Gray Man feels like a home run.

But for 120 minutes on screen, it all goes horribly wrong. There's a lot of action set-pieces scattered across The Gray Man, but none of them have staying power. Rather than meticulously craft scenes that build characters and suit their story, it seems the Russos have crammed one in every nook and cranny of the Netflix movie. Sure, they are bombastic, but it feels like a case of the directors justifying the humongous cost of the production and VFX budget. In fact, I would argue The Gray Man goes too big. A long middle stretch essentially kicks off a war on the streets of Prague — it's strange how there's no repercussions — and convinced me that The Gray Man is basically Russos' Fast & Furious. (Incidentally, they share cinematographer Stephen F. Windon, who's helmed each entry since Fast Five.)

Worse still, The Gray Man is a disservice to each member of its packed cast. Gosling, playing a glib action hero here, is devoid of the charm he packs. It feels like the Russos wanted more of his Drive persona, but they are lacking any of that mystique. Evans, who has worked with Russos going back to the days of Captain America: The Winter Soldier, plays a campy over-the-top villain. It might feel like he's cast against type, but Rian Johnson already did that — and better — with Knives Out. De Armas feels muted in a way, while Page is stuck in a room for all his scenes. The Gray Man strips the best qualities of everyone involved — there's a lack of personality to the filmmaking, and it's big for the sake of being big — leaving behind a tasteless pudding that reeks of a cashgrab.

Everything You Need to Know About The Gray Man

Eighteen years after being recruited by CIA's Donald Fitzroy (Billy Bob Thornton) from prison, former convict Courtland Gentry (Gosling) — now simply Sierra Six — discovers that the new CIA regime, led by one Denny Carmichael (Page), has termed him and his cohort disposable. With an expiry date written on him, when Six gets his hand on incriminating info involving the new regime, he flees. In response, Carmichael sends Lloyd Hansen (Evans) after him. Described as sociopathic by Carmichael's underling Suzanne Brewer (Jessica Henwick), the reckless Hansen — he thinks he's funny, but really, he's just an a**hole — sets out in pursuit of Six around the globe. Going so far to kidnap and torture former CIA assets, including Fitzroy and his niece Claire (Julia Butters).

Like Fast & Furious, The Gray Man also tries to be about “family”. Claire's only family is Donald, who in turn is the closest thing to family for Six, as he had a troubled childhood. This is all conveyed through unnecessary dialogues, rather than leave it to subtext. For the Netflix film though, Donald and Claire essentially serve as MacGuffins. They have no importance as characters, which is true for mostly everyone on The Gray Man. An unrecognisable Wagner Moura shows up for a brief section in a bewildering role, almost as if that's his gateway to directing a new Netflix project. Alfre Woodard has a minor role that gives her nothing to do. Shea Whigham plays Six's father in a flashback, but I can't seem to recall his presence at all.

And of course, then there's Dhanush who shows up like 80 minutes into The Gray Man as a bounty hunter extremely adept in close-quarters combat. He's given only two lines or so — justified in-film, with Hansen describing him as someone who doesn't say a lot — which is even fewer than what Joe Russo, one half of the directing duo, gets when he makes a cameo at the end. Known onscreen as the Lone Wolf, Dhanush hunts Six and his CIA ally Dani Miranda (de Armas) for Hansen. Mild spoilers follow. But when he discovers that Hansen is holding a young girl hostage, he balks. The Gray Man tries to position him as the moral centre, which is hilarious because this is a guy who's willing to work for Hansen in the first place. Son, I think you know what you were getting into.

The Gray Man, Indian Predator, and More on Netflix in July

Ultimately though, The Gray Man is too much about plot. Most of the scenes that stitch together its breakneck action drive the story forward. And even when the Netflix movie seemingly takes a breather and segues into conversations between the lead characters, it's only trying to pull the wool over your head. A flashback that delivers some fun moments with Six and Claire in the middle of the film turns out to be a plot device. The scene only exists because it conveys information that the narrative is going to rely on later. A pause after the aforementioned lengthy Prague sequence — involving Six and Dani — is filled with backstory, not character moments.

And it's a shame The Gray Man fails to recognise those pitfalls, because there's promise of a diamond in the rough at times. For one, Six and Dani can be quite fun together — and hence it's frustrating that the Netflix film keeps them away for nearly an hour. The Gray Man has some good dialogues in places, and a very dry sense of humour that I was on board with. (I'm split on the Ken doll joke though, which feels like a meta reference given Gosling is playing Ken in the upcoming Barbie movie.) That said, what drew the biggest laugh from me was entirely unintentional, with a CIA agent terming the Prague disaster as the “biggest blunder in history of covert ops”. Um, what part of this looks like covert ops to you?

In a bid to make their “covert ops” movie look like it's hoisted on a big canvas, the Russo Brothers rely on an age-old formula. The Gray Man offers a globe-trotting story that spins between Bangkok, Baku, Langley, Monaco, Turkey, London, Berlin, Vienna, Prague, and Croatia. But it doesn't spend more than a few minutes anywhere on location except Prague. All the other “locations” are clearly a mix of studio lots or plates (that's when you shoot in one location but replace the backdrop with another). The climactic sequence takes place on a Croatian island, but it would be obvious to many that the architecture is clearly reminiscent of Western not Eastern Europe.

The names, splashed onscreen, only exist to make The Gray Man feel “exotic”. More annoyingly, the locations do not matter because the locals never matter. Really though, The Gray Man is a small movie because it cannot think beyond itself — and its largely American characters.

Shamshera to The Gray Man, the Biggest Movies in July

For reasons best known to the makers, The Gray Man introduces each new location with sweeping drone shots — this reminded me of Red Notice, and obviously, not in a good way — which I'm guessing have been filmed by a B or C crew that was dispatched to every city involved. It's an incoherent choice, a quality they share with the Netflix film's action.

In many cases, it's impossible to follow what's going on in The Gray Man's set-pieces, be it on a boat loaded with fireworks or a jumbo jet that's coming apart in mid-air. And for a movie essentially built around action, the staging and execution of the finale is strange and a let-down. It pushes The Gray Man into The Rock-era Fast & Furious, where Vin Diesel and Dwayne Johnson would willingly throw away their weapons to engage in fisticuffs, in what felt like an absurd acknowledgement — and straightforward display — of the underlying homoeroticism.

And that's the kind of place the Russo Brothers — inadvertently? — end up in. Designed as a mindless, empty calorie movie that you hit play on a Friday night, The Gray Man is simultaneously a $200 million exercise in trying to launch a franchise on the scale of James Bond. It's more Spectre and Quantum of Solace, than Skyfall or Casino Royale. But while Bond has the staying power to weather those storms, for Netflix, this is a series starter.

A sequel with Gosling, and a prequel with Evans are in the works (but there's no post-credits tease here). Greaney has written 11 books in the Gray Man series, so there's no lack of material. And more importantly, the fact that Netflix is hungry for blockbuster franchises should be enough to get those made. For now though, not only does The Gray Man have the most boring title on the planet, it's also one of the most boring movies of the year.

The Gray Man is released Friday, July 22 at 12:30pm IST on Netflix in English, Hindi, Tamil, Telugu, Malayalam, and Kannada.