Netflix’s Dota anime will make fans happy, only if they can see it, of course. 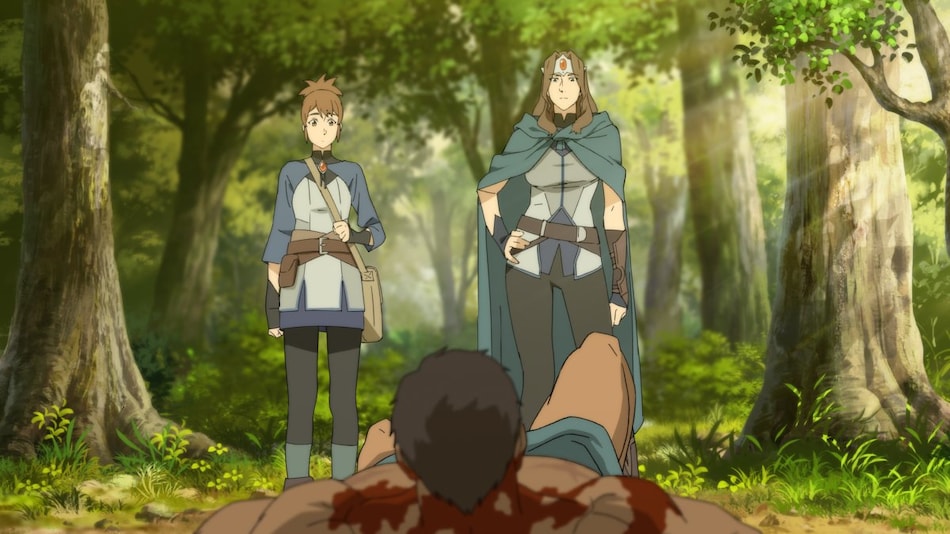 DOTA: Dragon's Blood, true to its name, has a lot of blood. To be fair, it is rated 18+ for violence and language, with a few f-bombs per episode, and the gore doesn't exceed most modern action anime for adults. There is even a fair amount of sexuality in here, but no nudity. But seeing blood spatter in the very first scene of the show, a question immediately sprang to my mind: why is this show meant for adults? After all, the popular game of the same name is quite clean itself, and even though Dota 2 centres around heroes killing each other, blood is a rare thing in the game.

So, why did DOTA: Dragon's Blood creator Ashley Edward Miller decide to go down this route, barring those aged under 18 to watch it, even though that's a large part of the game's demographic? In fact, the average age for pros in the game is their mid-20s, and the majority of them have been playing Dota and Dota 2 for over a decade. Parallels could be drawn here to Castlevania, the Netflix anime based on the eponymous video game franchise. That show too, featured much more blood and sexuality than the games ever did.

The art style is also similar to Castlevania, choosing to go for a slightly realistic and 3D look rather than anything over-stylised. DOTA: Dragon's Blood has been produced by South Korea's Studio Mir, known for its work on The Legend of Korra and Voltron: Legendary Defender series. The animation was slick and the action choreography graceful, lending to an enjoyable experience. A personal annoyance for me was the extra line drawn on characters' noses when they were shown to be directly facing the camera.

From Godzilla vs. Kong to DOTA: Dragon's Blood, What to Watch in March

Miller, who is best known for his co-written screenplays for Thor, X-Men First Class, and Agent Cody Banks films, is the showrunner and head writer on DOTA: Dragon's Blood. He has done a good job bringing the game's ‘Heroes' to life, though he did choose to stay away from exploring origin stories — something fans of the video game franchise would have greatly enjoyed. The show is well-paced as well, with none of the episodes — there are eight in “Book 1”, I've seen them all — dragging on and the main story arc reaching its conclusion in a timely manner. While the end can be considered satisfactory, tying up several loose ends and bringing some events to a close, some plotlines are left unresolved, setting the stage for Book 2 and more stories to be told in the universe.

In each of the instalments, Miller appears to be sticking by a formula of placing a climax a little past halfway each episode, and ending on a cliff-hanger or twist in the tale. There aren't many twists in the tale, and those that do appear aren't simply meant to titillate the audience, and in fact do further the plot. Dialogue is simple, nothing flowery, but manages not to verge on cliché either. Concepts and topics are not discussed to death, and while nothing really sticks out as profound, the overall plot remains epic.

DOTA: Dragon's Blood follows Davion (Yuri Lowenthal) the Dragon Knight and Mirana (Lara Pulver) the Princess of the Moon on their adventures as they navigate a skein of conflicts on a magical world that's witnessing the fallout of traumatic events from a thousand years ago. Cue ominous music, as our heroes battle armies, bandits, and dragons, while ascendants, demons, and gods wage war on the mortal realm. Apart from Dragon Knight, Mirana, and Luna (Kari Wahlgren) the Moon Rider (also seen in the trailer), Dota: Dragon's Blood features no other in-game characters beyond — potential spoilers ahead​ — Carl the Invoker (Troy Baker) and Terrorblade the Demon Marauder (JB Blanc). Oh, and there's the The Shopkeeper. Joining them is a host of new characters, from supporting acts like the squires Bram (Josh Keaton) and Marci to in-game mythology like Selemene (Alix Wilton Regan) the Dark Moon Goddess (worshipped by both Luna and Mirana), fleshing out the fantasy world and its many people.

If you've never heard about Dota before, here's what you need to know. Defense of the Ancients, or, DotA, was the player versus player real-time strategy game that pioneered the multiplayer online battle arena genre, first emerging as a mod for Blizzard's Warcraft III: Reign of Chaos back in 2003 before its trademark was contentiously bought by Valve — the makers of the Steam game distribution service, as well as the Half-Life and Counter Strike video game franchises. Dota 2 was released by Valve in 2013 and the free-to-play game has enjoyed much popularity, first hitting a peak of over a million concurrent players six years ago, a feat it has achieved several times since then, and it is the second-most played game on Steam at the time of writing.

I was asked to review DOTA: Dragon's Blood because I'm a long-time Dota 2 player with several thousand hours in the game. With 120 ‘Heroes' available to play in the game at the time of writing, and one more due in two weeks, there's a tonne of variety on offer, and you can be sure each player has their own favourites. That variety brings complexity however, with each Hero (and the 165 in-game items) having different abilities and their own lore. All this makes it one of the hardest games in the world to master, with pros almost inhuman in their ability to use an ever-changing sea of information on the fly. There is no real story in Dota 2, at least in the main game, but instead, each Hero and item's backstory constitute the game's lore — something you don't need to know to understand and play the game well.

Personally, I'm not a fan of story-based games or for that matter, much interested in the lore of a game. However, if the lore is brought to life in the fashion of an anime or comic, I would be interested to consume it. Thus, the first such serious effort for Dota, DOTA: Dragon's Blood, is a compelling watch for a player like me, and I imagine it would excite other players as well, regardless of how into the lore they are.

Mirana the Princess of the Moon looking on at Davion in DOTA: Dragon's Blood
Photo Credit: Netflix

Something else fans of the game would have really enjoyed, but DOTA: Dragon's Blood didn't manage to offer, was featuring the original voice actors from the game in the show. Unfortunately, with the exception of Tony Todd who voices Slyrak the eldwurm (elemental dragon), none of the Dota 2 voice actors are used in the anime. Todd voices Dragon Knight in the game, a character that is instead voiced by Lowenthal in the show.

As I mentioned, with so much variety available in the game itself, Miller and future Dota anime writers have a wealth of ideas, cultures, mythologies, races, and stories to play with. But I do wonder if they've shot themselves in the foot by alienating a large demographic with this adult look at the Dota universe.

Dota: Dragon's Blood is out now on Netflix worldwide.