Discovery Season 2 Wants to Be Bold and New, While Holding Onto Star Trek’s Past 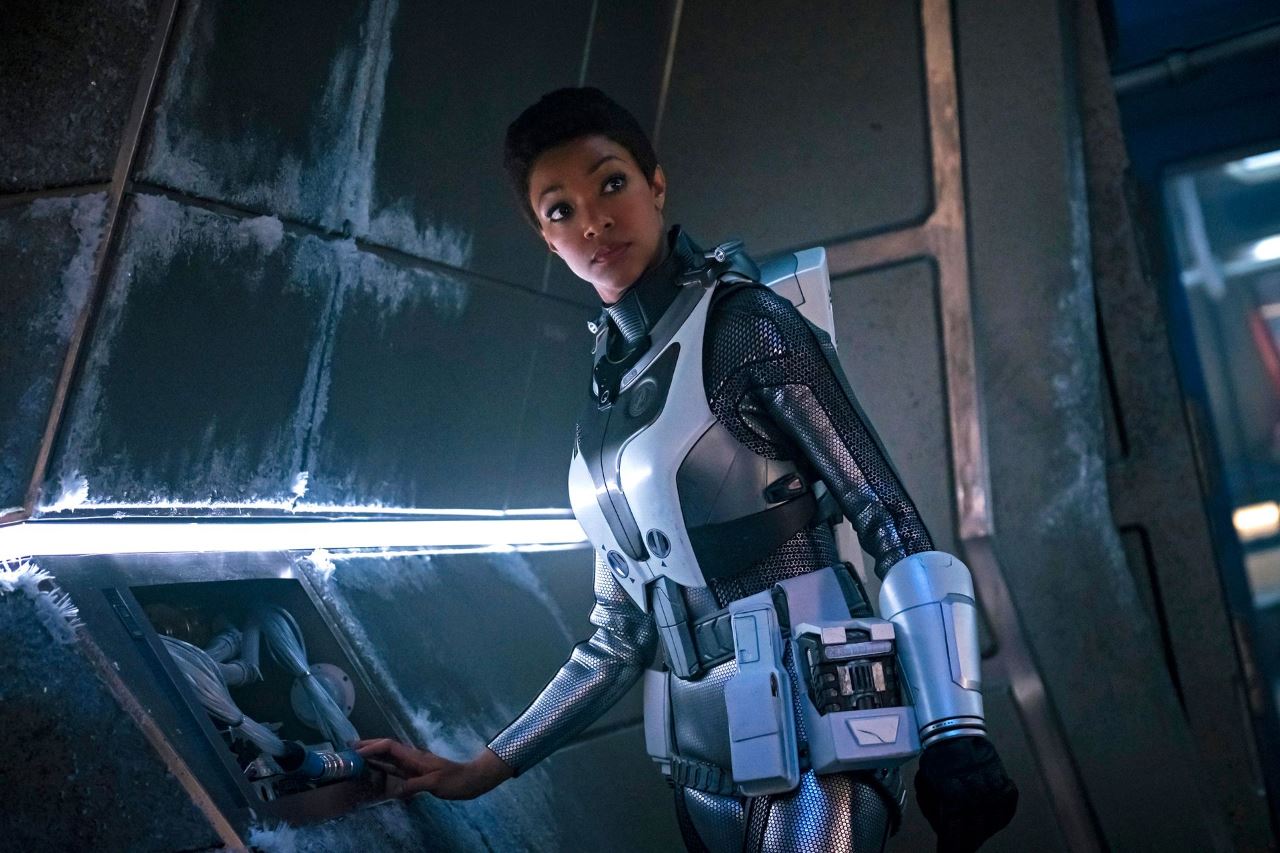 Though the first season of Star Trek: Discovery tried to live by the ethos of its franchise — as prescribed by the famous words “to boldly go where no one has gone before” — by exploring a darker, more cynical version of Starfleet ideals that went against audience expectations (and appreciation, for some), its inability to craft meaningful character arcs, a penchant for devising occasionally ridiculous plots, and the unnecessary focus on tying itself around the existing canon held it back from serving a much-needed deconstruction of Star Trek.

Upon its return, Discovery opens where it left off, with the USS Enterprise coming face-to-face with the USS Discovery. The former's Captain Pike (Anson Mount) arrives onboard the latter to inform the protagonist Michael Burnham (Sonequa Martin-Green) & Co. that he's their new captain, for the time being, with the Federation tasking him with a priority-one mission: to investigate seven red-coloured signals that appeared across the galaxy at the same time, tens of thousands of light-years away from each other. Burnham's foster brother Spock (Ethan Peck, playing a younger version) is connected to this curious situation, as is a mythical figure known as the ‘Red Angel'.

Discovery's new mission, after its game-changing and universe-flipping presence in the Federation–Klingon War last season, has a few complications, naturally. The plot has to last across 14 episodes of Star Trek: Discovery's second season, after all. For one, Spock — who supposedly knows more about the seven signals than everyone else — has virtually confined himself and told his caretakers to not let anyone contact him or report on his affairs. And two, there seems to be no way to track the location of these signals unless they want to be traced.

Spock's shadow hangs over the show, with Discovery writers no doubt using his name recognition to not only propel the show's narrative, but also keep the anticipation going over his appearance in Discovery season 2. And the show further fuels that by diving into the history of Burnham and Spock's relationship growing up, with flashbacks giving us a peek at Spock's frosty reaction to a new addition to his family. Those scenes are meant to provide an insight into the dynamic between the two, which are essential answers given they are siblings and Spock somehow never mentioned her throughout his life.

Discovery was guilty of putting too many eggs in Burnham's basket in season 1, while other characters, even those part of the main cast, didn't feel adequately realised. Alex Kurtzman, the co-creator and the newest showrunner — he was promoted to that role midway through season 2 production — had said that each episode would have a central character or question that would tie into the season-long story, and the show does try that for what it's worth. But it's only partially successful, as Burnham continues to be emphasised even as others are highlighted.

Sylvia Tully (Mary Wiseman), promoted from being a cadet to an ensign, is now part of the command training programme under Saru (Doug Jones). Tilly continues to be the most relatable of all because she wears her heart on her sleeve, even if she's shouting ridiculous lines such as “This is the power of math, people!” The Discovery's chief engineer, Paul Stamets (Anthony Rapp), has meanwhile submitted a transfer off the space vessel, after what happened with his lover Hugh Culber (Wilson Cruz) and the things he saw after he turned himself into fuel for the revolutionary spore-drive. Of course, the show keeps finding ways to keep him on board.

And though Pike brings a much more rounded and humane approach to the Discovery deck — in the early going, he asks what everyone's names are, which shocks everyone because the old Captain Lorca (Jason Isaacs) never seemed to care much — the show's writers don't extend that courtesy. There's little to no effort made to deepen the ensemble, who are stuck spouting pseudoscience-based dialogues that sound very smart but likely wouldn't mean much if you stopped to dissect them. And it has a habit of forgetting characters it introduces, such as Tig Notaro's new chief engineer Jet Reno, or not even batting an eye when some of them die.

On the Klingon side — they are completely missing from the first two episodes, emblematic of Discovery's far fewer Klingon policy for season 2 — Ash Tyler (Shazad Latif) is dealing with his species' mistrust of someone who looks like their archenemy and has a place in the upper echelons, thanks to the support of L'Rell (Mary Chieffo), who brought the Klingon houses together and became their chancellor. It's the only storyline that reflects contemporary issues, with a woman in a position of power being questioned, in what is otherwise a self-proclaimed escapist show by its stars and writers.

That leaves the Evil Philippa Georgiou (Michelle Yeoh), formerly the Terran Emperor from the Mirror Universe, who was granted her freedom at the end of season 1 and is still hanging around most likely because of how fun it is to see Yeoh act without the constraints of Starfleet on her shoulders. (She's also getting her own spin-off show.) A bonus scene revealed last March that she would be part of the mysterious ‘Section 31', the off-the-books security force that deals with threats in non-Starfleet fashion. Georgiou has a terrific re-entrance in season 2, and though it's hard to logically justify her presence, it's also hard to complain.

Production values are stellar, as they were on Discovery's first season, and Kurtzman — who worked on two Star Trek movies under J.J. Abrams — brings a cinematic change to proceedings, by opting for anamorphic lenses and in turn, the wider 2.39:1 aspect ratio on season 2, in place of the 2:1 ratio that was used for season 1. It's well established that widescreen feels epic because of various factors, and Kurtzman seems to be leaning into that invented feeling as he aims to push the show onto loftier heights.

But that was never part of the show's problem. Star Trek: Discovery has struggled with what's in that frame, and season 2 has a lot to answer on that front. It must put forth a worthy argument for Spock's involvement and importance to the overarching narrative, rather than being mere fan service, while not taking anything away from its central character, Burnham. The flashbacks in the first three episodes — that's what critics, including us, had access to — depend on the fact that audiences will want to know more about Spock, and don't provide something truly intriguing.

Discovery is certainly an energetic show but with the Federation–Klingon War done with — the tool it used to pull viewers to the show — it must show it can deliver on other fronts. The second season does feel like it's trying to be more heartfelt but it's impossible to tell where Star Trek: Discovery will end up in terms of narrative or character development, considering 14 episodes is a long run, especially in today's peak-TV era where creators are increasingly experimenting and finding more success with single-digit runs, and the difference in form for the first season either sides of the mid-season break.

The second half of Discovery season 2 will have external concerns of its own, given that's around the time the showrunner switch took place. CBS reportedly fired Aaron Harberts and Gretchen Berg about six episodes into the production of the second season, post which Kurtzman took over — and got himself a five-year deal with CBS that made him the chief of Trek TV — so it will be interesting to see how things changed, if they did at all. Episodes are typically written before filming begins, but scripts do get thrown out in some cases. Hopefully, they can take a cue from what Pike says to Burnham in season 2: “Wherever our mission takes us, we'll try to have a little fun along the way too.”

Star Trek: Discovery season 2 premieres January 17 on CBS All Access in the US, and January 18 on Netflix in India and other parts of the world. New episodes will release every Thursday/Friday, depending on where you live.