The Defenders Review: Avengers on TV, With the Usual Marvel Flaws 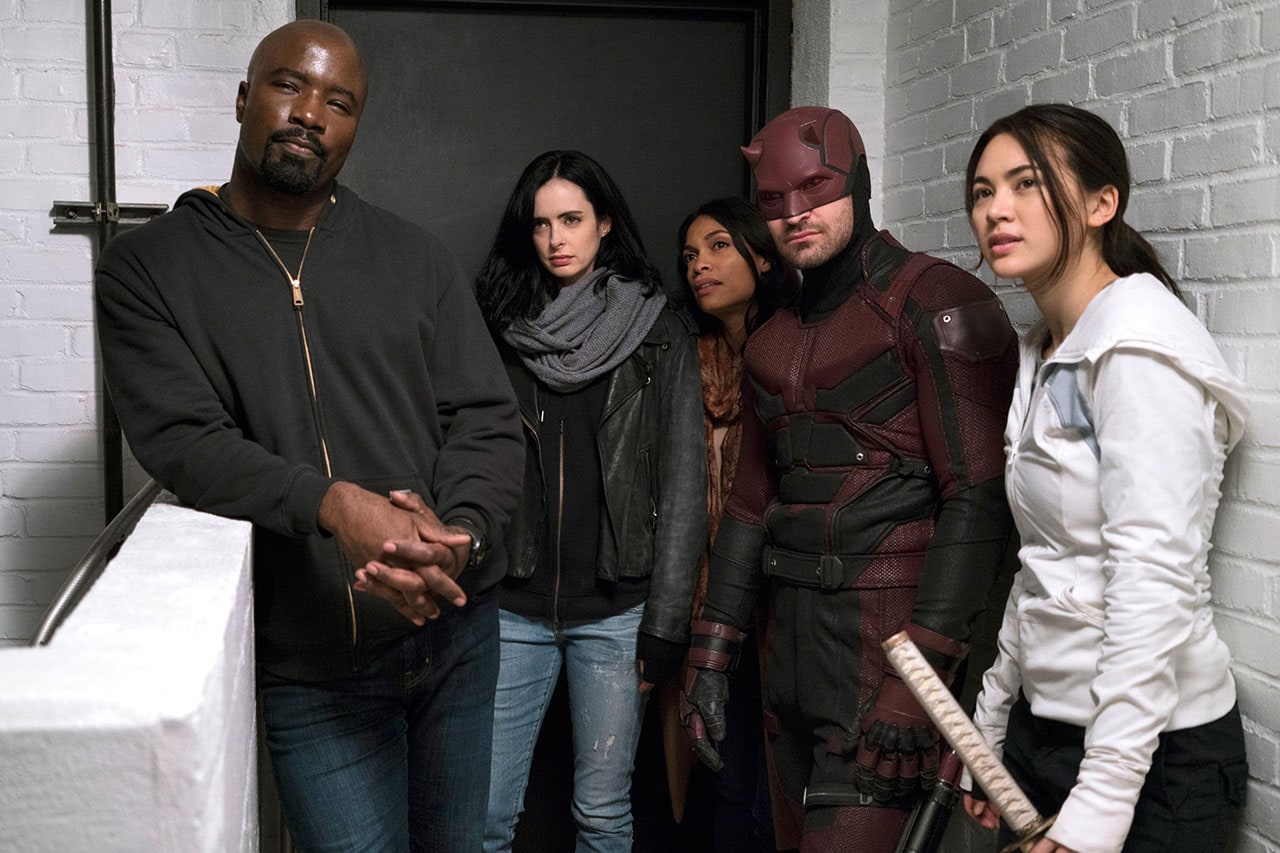 In 2013, Marvel approached Netflix with an ambitious idea: four individual shows followed by a crossover series that would bring them all together, in The Defenders. Last Friday, after 65 hours of build-up – two gritty seasons of Daredevil, one fleshed-out season each of Jessica Jones and Luke Cage, and one irredeemable entry in Iron Fist – that project arrived at its intended apex.

By its mere existence, The Defenders is a win for both the creators and the fans. Superheroes are hot property around the world, and bringing them together ensures a common audience. If you enjoyed Daredevil but gave up on Iron Fist, or loved Jessica Jones and have been itching for season two, you'll likely tune in to catch a glimpse of your beloved character.

What you get out of The Defenders depends on what you expect out of it. On the back of darker and more complex shows – Daredevil's guilt over lying to his loved ones, Jessica Jones standing in for survivors of rape, assault and PTSD, Luke Cage's bulletproof skin and hoodie statements in their own – The Defenders could never hope to push those boundaries. Except Iron Fist, of course, which set a low bar to clear.

That's why the eight-episode crossover was conceptualised differently from the get-go, by creators Marco Ramirez and Doug Petrie. “You just see one side of the characters in The Defenders, whereas with our own shows, those are deep psychological character studies, where you're quiet with them,” Krysten Ritter, who plays Jessica Jones, said at a press event in New York last month, when asked what conversations she had with the writers.

Marvel's The Defenders on Netflix: Release Date, Episodes, Characters, and All You Need to Know

“It has a very different feeling, this ensemble piece,” Charlie Cox, who plays Daredevil, added. That makes sense, superhero mash-ups are about putting them in a room together, and letting them bounce off each other, as they work together towards a common goal, and take on something that they alone wouldn't be capable of. While The Defenders has those aims in mind, its focus on bringing them together organically stands in its way.

That turns out to be a big let-down in early episodes, and we'd hoped the improvement of episodes three and four, which brought our heroes together, would continue in the mini-series' second-half. But instead of slowly turning up the tension to full tilt, The Defenders staggers in maintaining forward momentum – it tells more than it shows – and the action sequences fail to leave an impression, unlike say the long take in The Avengers.

Note: Spoilers ahead for Marvel's The Defenders.

For what it's worth, The Defenders does excel in a few avenues. One of its biggest achievements is making Danny Rand (Finn Jones) tolerable, by mining humour out of his naivete, idiosyncrasies, and the ludicrous backstory. Iron Fist becomes a punching bag for the rest of the cast throughout the eight episodes. Stick (Scott Glenn) rebukes him for being a “thundering dumbass”, an enemy calls him the “dumbest Iron Fist yet”, and Colleen and Claire share a moment where they try to reckon with how insane “I'm the Immortal Iron Fist” sounds in a sentence.

The fact that the writers understand and acknowledge the character's troubles is a big plus in itself, and giving him scenes to share with Luke Cage (Mike Colter) goes a long way in cutting through that. And given the age difference, it builds into an interesting big brother-little brother dynamic. By the time Danny is left in Luke's care after The Defenders stand at odds how to proceed, what had started off as a heavily confrontational relationship has turned into mutual respect, a place from both are willing to understand the other.

The other pairing, between Matt Murdock (Cox) and Jessica Jones (Ritter), has a winsome quality to it. Each is fiercely independent and reluctant of relying or trusting others, and the two realise those facts as they get to know the other. Jessica won't likely approve of our word choice, but it's clear that there's a friendship brewing between them.

But as the overall narrative arc goes, The Defenders feels stretched too thin, despite its attempts at boiling down, leaving behind an unconvincing and deflated broader story. A large part of that is the villain, and the organisation around it. While Netflix and Marvel may have succeeded in convincing Sigourney Weaver to board their project, the writing doesn't do her presence justice.

Alexandra, the character she plays, belongs to the trope of villain with rich tastes. She dines alone in Turkish restaurants, listens to classical music in performance halls by herself, and admires Botticelli masterpieces. Like the other four leaders of The Hand, an ancient evil organisation which has various interests, she has lived for centuries. And The Defenders reminds us of the fact in each episode. Alexandra still calls Istanbul Constantinople, and people admire her knowledge of classical music.

Her weird mother-daughter relationship with the resurrected Elektra (Élodie Yung, who died in Daredevil season 2) is mostly a repeat of how many times she can say the words “my child” and refer to her as the vessel, implying that she's not the person she was in her earlier life. It lacks any real weight to it, and it's a blessing in disguise then that the writers opt to have Alexandra killed midway through the second half, with Elektra slowly coming into her own.

And as The Defenders builds towards its conclusion, it continues to place an even bigger emphasis on Elektra. She connects with her past by sleeping in Matt's bed while he isn't there, she visits her own grave, and she gains control of The Hand after disposing of Alexandra. It makes for a more relatable and compelling thread, and it's easy to see why that'd be. Both Ramirez and Petrie worked on Daredevil season 2, so it's like home turf.

With the crossover, they have gotten the chance to explore the fallout of that tragic ending where Matt lost Elektra. But that personal story involving them struggles to stand amidst the pile-up of having three other superheroes and all the other supporting cast members, because it doesn't get the time it would on its own as a 13-hour Daredevil season.

It's made worse by the inherent problems of Marvel, which require that characters survive everything in their path, including death. Though an entire building comes crashing down on Daredevil and Elektra in the finale, and the episode shows everyone reacting to his sacrifice or grieving, it cheats us out on feeling the gravity of that moment, by ending with a shot of Matt Murdock in a bed.

The Defenders tries so hard to drive up the stakes, but since ultimately everyone who has their own solo series must come out of it unscathed, there are no real stakes. Despite the ubiquity of superheroes today, there are not enough stories that are willing to send their heroes to the darkest of ends, after they've been put through the wringer.