The German Netflix series makes some curious, surprising choices in a poignant and poetic final season. 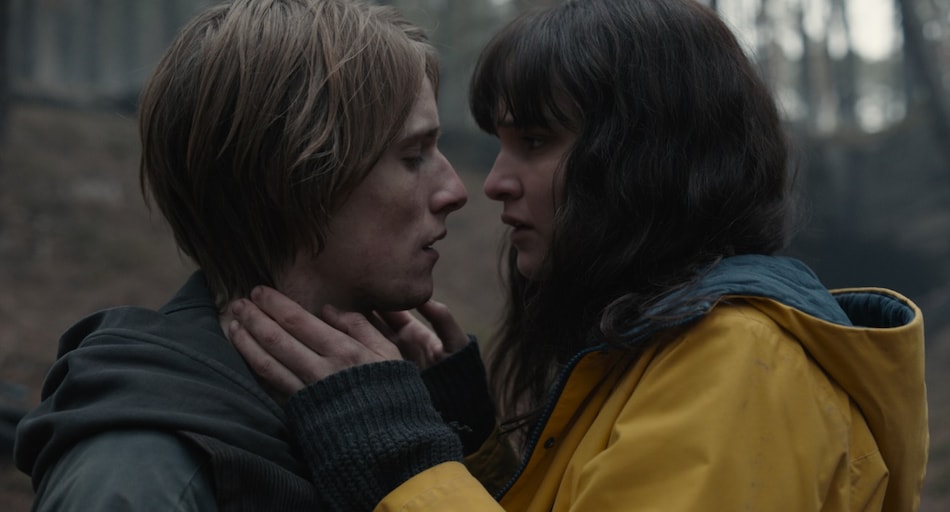 Dark — the Netflix sci-fi thriller original series from Germany — is obsessed with time travel. But for its first two seasons, even as Dark explored the many facets of time travel in confounding yet mesmerising ways, it refused to entertain the discussion of parallel worlds. That changed at the end of season 2 with Martha Nielsen's (Lisa Vicari) death, when a Martha with bangs — let's call her alt-Martha — showed up out of nowhere, and told her puzzled and grieving love Jonas Kahnwald (Louis Hofmann) that she was from another world. It essentially blew up Dark's central conceit, for one possible time travel theory — used in a lot of modern fiction, including Avengers: Endgame — states that multiple realities are the result of toying with the past.

SPOILER ALERT: If you haven't seen Dark season 3, you might wish to stop now. Thematic spoilers and veiled references to storylines ahead. Proceed at your own risk, if you don't want to have some parts of Dark season 3 spoiled for you.

Except Dark has repeatedly refuted the idea that the past can be changed. During the first two seasons, many of its time-travelling characters promised they would fix everything in the future by changing something in the past. But every single time they tried to alter their reality, they merely helped bring about what they had set out to change. In short, Dark seemingly believes in determinism. Or rather, so do its husband-wife creator duo Baran bo Odar and Jantje Friese, who serve as the director and writer, respectively, on every Dark episode. That would mean there is no free-will, per se. Instead, Dark's universe — now, a multiverse — is governed by the laws of destiny and fate, as oft espoused by the older, wiser versions of its time travellers.

That holds true on much of Dark season 3 — also, the final season — as you would expect, but it's strangely upended with the help of a late-game twist. Assuming you've followed Dark's early concepts well, you'll see the twist coming all season long. But not the result. Deconstructing Dark's takeaway towards the end is a curious choice, not least because it negates what Dark has been trying to say since the beginning, but also because it helps bring about what's bound to be a polarising end. Maybe it's a case of the Dark creators trying to outsmart the audience and the fans with their endless theories, but in doing so, Dark season 3 prioritises surprise over internal logic.

Where the Netflix series has always felt powerful is with its characters, chiefly because its time travel mechanics — any jump you make takes you 33 years into the past or future — have allowed us to observe them across the course of their lives. Dark season 3 deepens our understanding of them in largely satisfying ways, showcasing how they ended up as who they are, through a combination of good intentions and unspeakable things. At the same time, the intricacies of its time travel-driven complications — there is now more than one version of the characters at the same age — do somewhat diminish the meaning of big moments on Dark season 3.

From 13 Reasons Why to Dark, TV Shows to Watch in June

Picking up right where it left off at the end of season 2, Dark season 3 takes Jonas to alt-Martha's parallel world. Except it's November 4, 2019 — where the show began — in this version of the fictional German town of Winden. That's intentional, as it allows Dark season 3 to draw parallels to season 1. Martha is the one with Jonas' yellow jacket, and she and her family live in the Kahnwald home. Instead of Jonas' mother Hannah (Maja Schöne) and Martha's father Ulrich (Oliver Masucci), it's Ulrich's son Magnus (Moritz Jahn) and Franziska Doppler (Gina Alice Stiebitz) secretly having sex. Franziska's mother Charlotte (Karoline Eichhorn) isn't the chief of police, it's Ulrich. While some things are different, some are the same, owing to the individual's nature.

In many cases, the same dialogues and events from season 1 are repeated in the parallel world on Dark season 3; naturally, they take on a new meaning. The re-exploration of season 1 casts a new light on Dark's beliefs, in that we are doomed to our fate not because it's predetermined, but as a result of who we inherently are. It's poignant. But at times, Dark season 3 is so caught up in drawing those parallels that it ends up re-treading season 1 ground. And since this is the final season and much of the puzzle is already in place, it does reduce the role of most alternate versions of characters, compared to their “original” counterparts. Speaking of, the few survivors of the apocalypse are scattered across time in Dark season 3, with some of them in an as-yet-unseen time period.

That leaves Adam (Dietrich Hollinderbäumer) — the leader of the secret society of time travellers, Sic Mundus — who continues to pursue the “origin of it all”, in the hopes of destroying it and putting everything to rest. (A dialogue from The Matrix continues to serve as overt inspiration, and it's joined by Avengers: Infinity War in one pivotal moment.) In the end, Dark season 3 follows through on Adam's claim, in the face of all past evidence, with the Netflix series opting for a solution that massively simplifies its multiverse. For a series that thrives in its complexity, it's disappointing. Its endgame choice also somewhat detracts away from the resolve of its characters and the lives they led; there's something beautiful about the human spirit of persevering, especially in the face of terrible odds.

Choked, Dark, 13 Reasons Why, M:I Fallout, and More on Netflix in June

As for the technical side of things, Dark season 3 is top-notch for the most part. The ominous and eerie background score from Ben Frost does its job to the teeth, and Udo Kramer's production design wonderfully fuels life into every time period and setting. Odar the director takes his sweet time, delivering six hour-long episodes and ending with two 70-minute episodes. Nothing is ever rushed, though Dark season 3 does lose a bit of momentum midway through, and in the penultimate chapter, which feels like a table-setting episode. But with two worlds now in the mix with several time periods, and this being the final season, the slow and deliberate pace might actually help some viewers not feel overwhelmed and relish what remains.

On the other hand, those with a keen eye will read some Dark season 3 events just before they happen. There's still a lot of mental calculation needed elsewhere, with the Netflix series turning into a maze akin to Westworld. That's not the only HBO series Dark season 3 rivals; having already surpassed Game of Thrones in terms of incest, it now pushes past with matricide and filicide, though the characters aren't always aware of the relationship. Some of that fits in with the biblical overtones that continue in the final season. That's been central to Dark from the beginning, as has its interest in exploring mortality, human nature, pain and loss, and determinism. How you feel about the interpretations of the last of those on Dark season 3 will depend on your belief in a higher power.

That is intertwined with Dark's own belief that time is a circle, and that what happened before is bound to happen again. Which makes it quite like the Battlestar Galactica reboot from the 2000s, with the two shows drawing very similar lessons too. Circular storytelling is always poetic, and on Dark, it's built into the concept itself. The end is the beginning, the beginning is the end.