Chopsticks Is One Small Step for Netflix, One Giant Leap for Its Director

Mithila Palkar and Abhay Deol star in the lead. 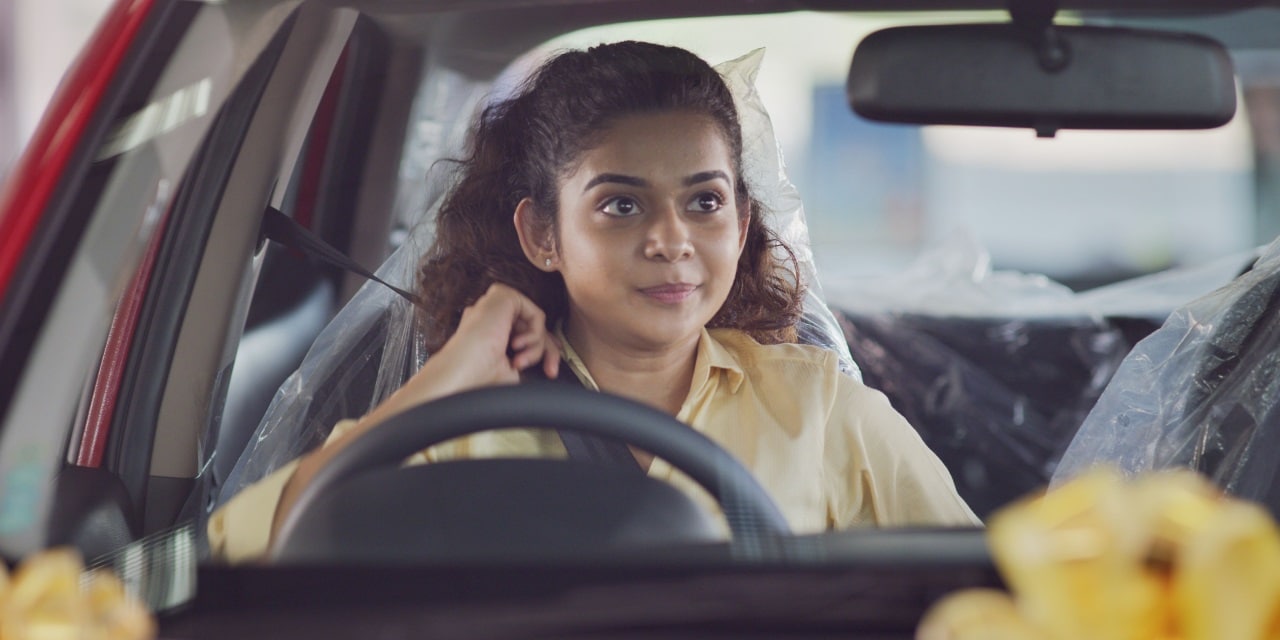 Mithila Palkar as Nirma in Chopsticks

If you were to look up Chopsticks writer-director Sachin Yardi before you sat down to watch the newest Netflix original comedy film from India, it would not inspire confidence for what you're about to watch, let alone tempt you to hit the play button. Yardi's credits include scripting the 2005 adult comedy Kyaa Kool Hai Hum and helming its 2012 sequel Kyaa Super Kool Hai Hum, and directing 2008's C Kkompany, which he co-wrote with Chopsticks co-writer Rahul Awate. All three films were panned by critics, with the aforementioned two also taken to task for their abhorrent treatment of LGBT characters and community at large, making light of rape and sexual assault, and the use of racial slurs. All that was naturally in addition to Bollywood's all-too frequent use of female stars as sexy lamps.

Thankfully, Chopsticks — out May 31 on Netflix — is light years away from all that, with Yardi bringing a more mature sensibility to his direction. And he benefits from the fact that he's working off a sturdier screenplay from Awate and himself, with the script a far cry from everything — kids animated fare for the former, and sex comedy for the latter — the two have churned out in the past. There are still remnants of the Kool DNA in Chopsticks, though.

The jokes are largely silly and rely on obvious wordplay, be it repeated references to a popular made-in-India washing powder because a character is called Nirma, or linking Neil Armstrong and a goat named Baahubali, since the latter word literally translates to “strong arms”. Chopsticks is much better off when it's making use of physical comedy.

And just as the Kool films were in your face with sexual innuendos, Chopsticks takes a similar route with what it's trying to convey in particular scenes. What would be subtext in a smarter film ends up literally being text on an object in Chopsticks' environment, plastered on walls or cars' rear windows. That would be fine if the film was entirely slapstick, but the rest of Chopsticks is too sincere to match that rhythm. And those moments, in addition to a background score that consistently tells you to how to feel about a scene, contribute to a tonal imbalance on Chopsticks, which switches between comedy and drama at whim, with very little consideration for how the overall film flows.

Chopsticks follows Nirma Sahastrabuddhe (Mithila Palkar, from Little Things), a superstitious and diffident young woman who's moved from small-town Aurangabad in the heart of Maharashtra to Mumbai to make a living as a Mandarin translator. As she reveals midway through the film, her dad made her pick Mandarin instead of continental European languages because there would always be a demand for a language spoken by the world's most populous country.

The Netflix film's title stems from the eponymous cutlery that is associated with East Asia, which represents Nirma's desire to shape herself and blend in with the Chinese clients she entertains, in a relentless pursuit to improve her confidence that involves motivation tapes and being mocked by her peers.

It's a timid and numerology-fearing Nirma that opens Chopsticks, as she takes delivery of a new red car, which might very well be a product placement given how it's repeatedly mentioned by its full name. That very night, the car is stolen from right under her nose after she hands over the keys to a car thief posing as a parking attendant, while she visits a temple to ask for blessings for her new vehicle.

Upon being told she's been duped, Nirma lodges a complaint at a nearby police station, where she encounters a petty thief who says he knows someone who can help, a man who goes simply by the name of Artist (Abhay Deol, from Dev.D). Naturally, Nirma is hesitant at first but she eventually relents and pays him a visit, which kick-starts Chopsticks and moves things into a higher gear.

The search for Nirma's car eventually leads them to the doorstep of local gangster Faizal Bhai (Vijay Raaz, from Gully Boy), who seems to have a special attachment with the aforementioned goat, going so far to put it on a strict diet regimen that makes it a better contender in the illegal underground animal fighting scene.

The introduction scenes for Deol and Raaz's characters, more so the former, are a showcase of Yardi's improved direction, which allow the film to breathe and immerse audiences by making use of long takes. Their characters aren't fleshed out beyond what we've already told you, though; all we know about the Artist is that he loves to cook and is an expert lock-picker. Palkar has the most screen time of any and she's relatable in the lead, as Chopsticks puts her on a believable, if not cohesive, journey.

Abhay Deol as the Artist in Chopsticks
Photo Credit: Netflix

That's where the Netflix film falters, in that the whole is not greater than the sum of its parts. Even with a runtime of an hour and 40 minutes, Chopsticks features scenes which don't have a larger impact on the overall narrative and hence makes you feel like it could have done with a bit of additional editing, which might have also resolved some of its momentum and pacing issues.

And though it's able to neatly comment on a few socio-economic issues prevalent in India at times, Chopsticks is also glaringly on the nose in other places. On one occasion, it's essentially done to depict a good facet of a morally dubious character, likely to get the audience on their side, but it comes across as the filmmakers shouting off the rooftops, trying to make a political statement of sorts.

Elsewhere, Chopsticks introduces subplots that it then completely forgets. Early in the film, right after the car has been stolen, Nirma's unseen parents say they plan to visit her in a few days, which naturally causes her to panic. But it never comes to fruition, and it's not explained why they changed their mind. And though the film delivers an unexpected ending that feels true to who Nirma is as a person, it feels rather abrupt and a tad saccharine in the flow of things.

For what it's worth, the epilogue that follows is more satisfactory as it ties into Nirma's transformation, even as it could have been better set up. Ultimately though, given the past achievements of its director, in the paraphrased words of an astronaut it jokes about, Chopsticks is one small step for Netflix, one giant leap for Yardi.

Chopsticks is out Friday, May 31 on Netflix.