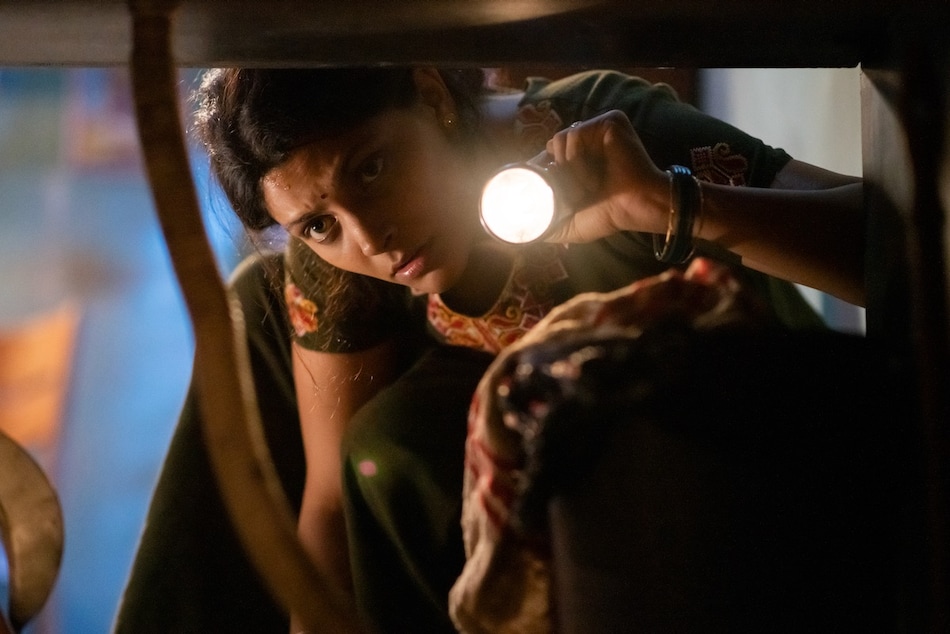 Choked: Paisa Bolta Hai, releasing on Netflix today, is the newest movie from Anurag Kashyap, among the most well-known Indian directors internationally. That's big because in the dozen or so films Netflix has made in (or acquired from) India so far, the streaming service hasn't managed to land any A-list talent as the face in front or behind the camera. Primarily because subscription-based online platforms like Netflix just don't enjoy the same ubiquity or power in India as they do in more mature markets such as the US. Bollywood still focuses more on theatres and satellite rights to make most of its money. But that changes with Netflix's latest Indian original film — Choked: Paisa Bolta Hai [Hindi for “money talks”].

Choked — Kashyap's first feature-length film to go straight-to-streaming — is also possibly the director's smallest scope movie to date, next to Manmarziyaan. The script by Nihit Bhave (Hey Prabhu!, and Sacred Games 2) is chiefly about a marriage on the rocks, involving an embittered couple with shattered dreams. Choked looks at how differing worldviews — in their case: accepting and moving on versus not letting go — can put a heavy strain on relationships. The Netflix film flips the traditional Indian family structure on its head to lay bare the systemic fault-lines and frictions at its core, including women's invisible labour that's a direct consequence of deeply-patriarchal societies as India.

Unfortunately, Choked never quite gets the most out of its material. And the minute it moves beyond the personal, it falters even more. The events of the Netflix film are set in late 2016, against the backdrop of the “colossal failure” that was demonetisation, as economists later called it. Kashyap told Firstpost that he acquired Choked's script in 2015 but he took to the film only after PM Narendra Modi's unprecedented announcement. Unfortunately, Choked doesn't have anything to say about the socio-political ramifications of demonetisation. Instead, it's merely used as a plot device.

From Satya to Choked, the Journey of Anurag Kashyap

The film opens in a middle-class housing society next to the airport in Mumbai's suburbs. An unseen man stuffs plastic-covered wads of cash into a netting and sticks them into the bathroom drain. On the floor below them lives a good-for-nothing husband Sushant Pillai (Roshan Mathew, from Aanandam) who keeps hopping jobs, and his bank cashier wife Sarita Pillai (Saiyami Kher, from Mirzya), who wears the pants in the house. Sarita is also in-charge of managing the home, which needs several fixes, including a clogged sink. The entire situation is wearing Sarita down, and not just because Sushant doesn't move a finger around the house in lieu of goofing all day.

Naturally, Sarita and Sushant are at each other's throats whenever they end up in the same room, with their fights reaching a boiling point over the tiniest of matters. In a brilliantly-acted early scene, the couple wake up their half-asleep son Sameer (Parthveer Shukla, from Sarabhai vs. Sarabhai: Take 2) to give evidence on their behalf, uncaring of the child in their futile quest to prove the other wrong. Over the 110-minute runtime, their arguments and other people's conversations slowly reveal the past that fuels the bitterness between the two. It's what gives the film its title, it underlines the film's themes, and annoyingly, it includes a fair bit of autotune.

Tired of bickering but unable to fall asleep one night, Sarita goes into the kitchen to fetch water. And after she hears sounds coming from the drainpipe connected to the aforementioned clogged sink, she bends down and pulls it out in a moment of frustration and curiosity. As the water streams onto the kitchen floor, Sarita's eyes are caught by two plastic bags that pop out. On closer inspection, she realises that it's a wad of cash made up of Rs. 500 notes. Sarita is ecstatic and to her wonder, more money rolls in every night from the kitchen sink drainpipe. She uses the money to settle her husband's debts and spruce up the house but questions soon arise where it's coming from.

Choked, Dark, 13 Reasons Why, M:I Fallout, and More on Netflix in May

All this is upended a month later, as PM Modi takes to the airwaves and puts an end to Rs. 500 and Rs. 1,000 notes with a four-hour notice. Unfortunately, Choked doesn't do a great job of explaining what's going on, or why people are flocking to banks. It does little better with its political critique, offering nothing more than a couple of throwaway jabs at people who praise the PM. Choked can't bring any meaningful depth to any of that, and it fails to spot those opportunities elsewhere.

Demonetisation also fails to explore the personal cost. Sarita is left horrified after PM Modi's announcement, but that's the least of her worries. She must also deal with Sushant's loan shark (Upendra Limaye, from Jogwa), and the neighbour (Amruta Subhash, from Gully Boy) who lives on the floor below. Using those building blocks, Choked builds to a dramatic twist that reads like plot convenience, and the path it takes to get there isn't very satisfactory too, what with a couple of unnecessary musical montages. And except for Kher, who commands the leading lady role, Choked doesn't serve its others actors well. Though Subhash is terrific as always, it's a bit part, and Mathew seems stuck with a one-note role.

For what it's worth, Choked does attempt to give an interesting spin to its characters right at the very end, offering redemption for some and showcasing how others with a pretty façade are merely that. Choked is very competent in the technical department, be it Kashyap's direction, the cinematography (Sylvester Fonseca, from Sacred Games), and especially background sound (Karsh Kale, from Gully Boy), but it's clear as day that the script could have used more work. It's arguably Netflix's most polished Indian film to date, but it fails to truly deliver as the highest note one. Though given how low the bar has previously been set, it's easily one of its best efforts, possibly second next to Soni.

OnePlus May Disable Color Filter Camera By Default on OnePlus 8 Pro India Units
Oppo A11k, Oppo A12, Oppo A52 to Launch in India Next Week: Report