Castlevania on Netflix Is Nothing Like the Video Game You Remember 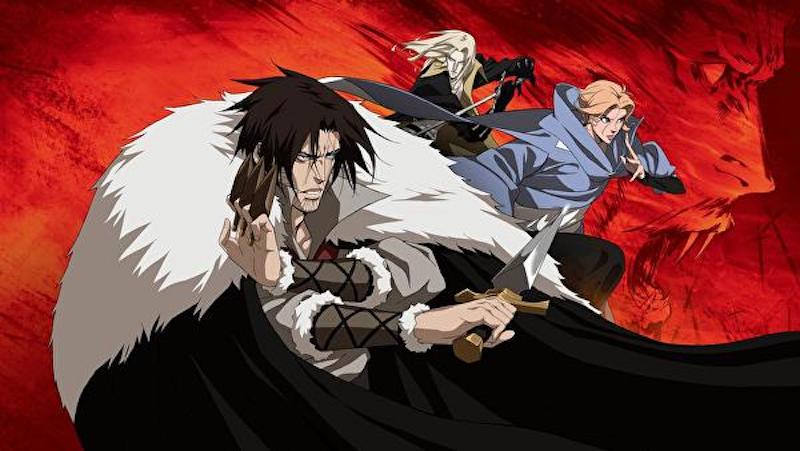 Last week, Netflix released Castlevania, an animated series based on the 1989 NES video game Castlevania III: Dracula's Curse by developer Konami. Considering how poorly video games translate into TV shows and movies, producer Adi Shankar’s claims of it being “the best f****** video game adaptation ever made to date” isn’t a particularly high bar to pass.

Even then, Castlevania on Netflix doesn’t come close. The debut season consists of just four episodes. That works out to around 80 minutes worth of content, but the end result is a dark-hued gory mess that doesn’t really go anywhere.

Set in 1476 in the fictional land of Wallachia, first episode begins with Dracula enchanted by Lisa, a woman of science who wants to help those around her. While the initial five minutes set up the chemistry between them brilliantly thanks to their witty banter, the rest of it focusses on the heavy-handed nature of the Church that has Lisa burning at the stake, accused of witchcraft. This results in Dracula promising to unleash the armies of Hell on Earth.

Following instalments introduce us to beer-loving vampire hunter and series protagonist Trevor Belmont; Sypha, a mage; and Alucard, the son of Dracula. They band together to take on the Prince of Darkness. And to be honest, that’s all there is to the first season of Castlevania. No major plot twists, and nothing of actual interest. You get some insight into the world of monsters, thugs masquerading as priests, testicle kicking jokes that span episodes, and defiling goats (and the subsequent discussion of such happens at a local bar), but that’s it.

There are a bunch of action sequences that are cool, particularly when Alucard and Trevor square off at the end of the season finale and Trevor’s encounter with a cyclops early on, though for all practical purposes, it serves as a roughly hour and half long trailer for the actual proceedings, which could begin in earnest when the second season of Castlevania on Netflix rolls around next year.

At this juncture, Castlevania on Netflix is the TV show equivalent of sequel bait that some AAA video games suffer from. Except it doesn’t do that great of a job of teasing what is to come either. There’s no cliffhanger of any kind and no mystery left unanswered at the end of the first season, other than how this merry trio will stop Dracula (which they will, much like the video game). There's no sign of Grant, the thief from Castlevania III: Dracula's Curse who joins the trio on their quest. He's not the only absentee.

The video games focussed on intricate, goth-inspired maze-like levels, hard as nails enemies, and spectacular music, but none of these elements are in the show. Outside of the first episode, Dracula disappears almost entirely. The games focussed on the Belmont family's fight with Dracula, so it's weird to see the main villain missing for three of the four episodes. Also perplexingly is the lack of variety in environments. Most of the action takes place within the walls of the city of Gresit, unlike the games that had you exploring Dracula's castle, forests, and catacombs, amongst other things.

All these missing elements, combined with its vague and generic low fantasy setting makes one wonder if it was even necessary to use the Castlevania license when it could pass off as something entirely different. References to Trevor Belmont’s legacy (that of being from a family of vampire hunters) and his use of the series staple weapon (a consecrated whip) do little to drive home the fact that this is an official Castlevania video game adaptation.

Hopefully, Shankar’s treatment of the Assassin’s Creed anime isn’t as shoddily paced. Given what passes for a good video game adaptation though, there’s no accounting for bad taste.

Microsoft Seeing AI Is a Talking Camera App for the Visually Challenged
War for the Planet of the Apes Review: A Fitting End to This Decade's Best Trilogy