Bumblebee Movie Review: Puts the Transformers Franchise Back on Track 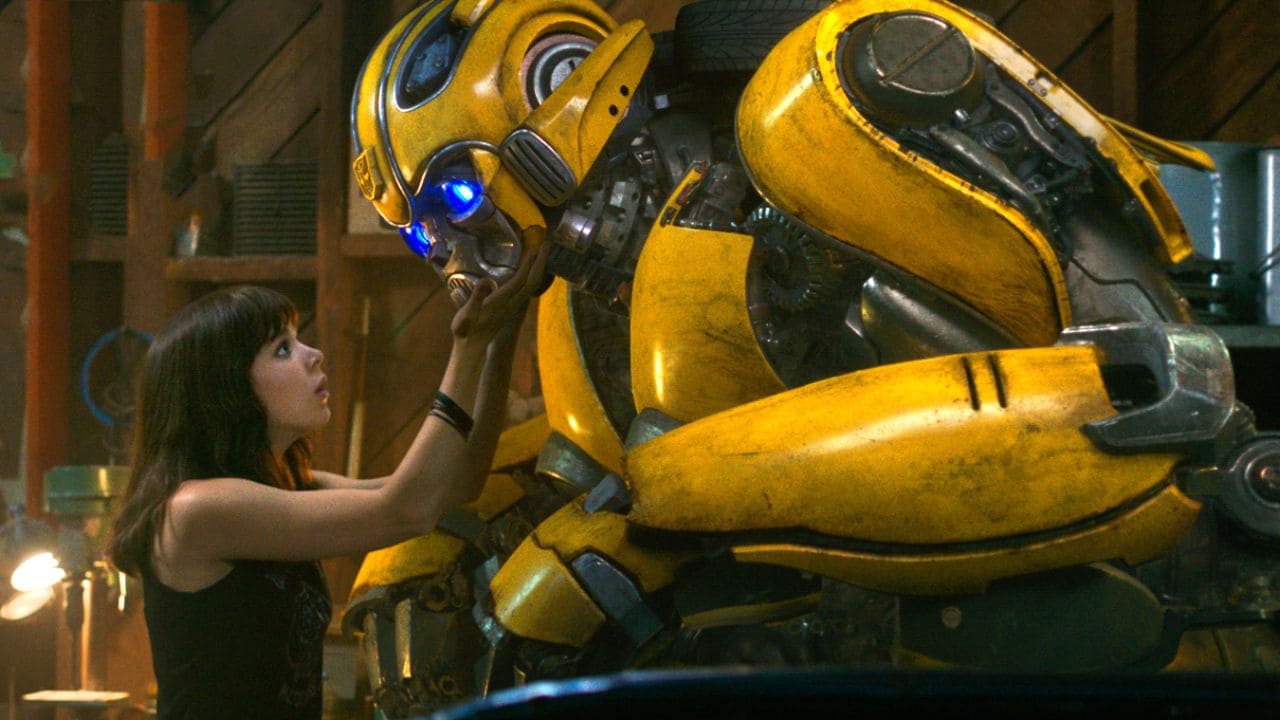 Bumblebee sets the Transformers franchise on a promising new path

In 2005, when Steven Spielberg asked Michael Bay to direct the first ever live-action Transformers film, he dismissed it as a “stupid toy movie” and deemed the first draft of the script as “too kiddie”. Bay would come around on the former after he learnt about the Transformers mythology from the makers Hasbro, but he didn't budge on the latter aspect and asked the film's writers to increase the role of the military, which they did. The move away from being a kid-oriented movie, along with Bay's penchant for action sequences that defied comprehension and overtly-convoluted plots, would prove to be the franchise's repeated undoing critically, even as the various instalments ate up the box office.

The new Transformers prequel spin-off Bumblebee, from Kubo and the Two Strings director Travis Knight working off a script by writer Christina Hodson — she's working on two upcoming DC movies, Birds of Prey and Batgirl — is exactly what Transformers should always have been. Hodson has said that she wanted the film to be a very simple story about a girl and her car, recalling what Spielberg said over a decade ago. And that's what it is. Bumblebee is centred on the titular mute yellow robot that can turn into a car, in this case a Volkswagen Beetle, and his human friend, in this case a nearly 18-year-old named Charlie Watson (Hailee Steinfeld, from The Edge of Seventeen).

Sure, Bumblebee has elements that are seemingly requisite of Transformers movies. There's John Cena as Agent Burns, part of the US military that is duped by two evil robot aliens — known as the Decepticons — Shatter (Angela Bassett, from Black Panther) and Dropkick (Justin Theroux, from The Leftovers) into helping them hunt down the noble Bumblebee. The film is set in the late ‘80s, which is why no one yet knows the good robots from the bad. And there's even a world-ending plot of sorts, one that can only be stopped by Transformers going at each other in the end. But all that is mostly in the background, and Bumblebee succeeds by keeping the focus on the human-machine bond.

We begin on the Transformers' home planet of Cybertron, where the good guys Autobots are losing to the Decepticons. Their leader, Optimus Prime (Peter Cullen, reprising his role), orders them to retreat and tells one of his kind, B-127 (Dylan O'Brien, from Maze Runner) — that's Bee before he got his name — to head to Earth and guard the planet until the rest of them can regroup there. B-127 crash lands on Earth in the middle of a training exercise involving Burns and his squad, injuring his fellow soldiers, and causes a lot more collateral damage in an ensuing fight with a pursuing Decepticon. Naturally, Burns develops hatred for the giant robot alien, which turns into a grudge.

Enter Charlie, a former diver and car junkie who's been struggling to deal with the death of her father. While her mom (Pamela Adlon, from Better Things) has moved on and remarried, Charlie is trying to hold onto the memories she made with her dad by trying to fix a car they were working on together when he was still around. She spots a yellow VW Beetle gathering dust in a run-down car shop, with a beehive in one of its wheel wells appropriately, and procures it for her 18th birthday, having no clue that it's much more than a car. That shock is apparent on her face when it transforms in her garage, though B-127 — named Bumblebee shortly after by Charlie — is as afraid given his last encounter with humans.

If that sounds a bit like Spielberg's iconic 1982 movie E.T. the Extra-Terrestrial, well it is. Charlie has to keep Bumblebee's existence, or rather his transformation, a secret from everyone at home, which results in some hilarious situations, one involving her neighbour, Memo (Jorge Lendeborg Jr., from Spider-Man: Homecoming), who has a crush on her. Charlie and Bee have a relationship similar to a human and a puppy's — sometimes vice versa — which is further reinforced by how Bumblebee depicts the yellow robot alien's antics as innocently stupid, be it his unintended destruction of the Watson family home due to his curiosity or after Charlie shows him how to toilet paper or egg someone's house and car.

The latter of those is part of the film's most enjoyable section, where Charlie and Memo enjoy Bee's benefits of self-driving that culminate in a police chase where his transforming skills are used in fun, new inventive ways. The rest of the action in Bumblebee isn't of the same pedigree or particularly memorable, but unlike the incoherent mess peddled by Bay for the past decade, Knight directs the proceedings in such a fashion that the audience always knows what's happening. One sequence towards the end, involving Bee and Dropkick, is a fine example of that, as it contextualises itself by placing Charlie in the frame. All that is helped by the fact that Bumblebee makes use of the taller 1.85:1 aspect ratio, which can fit robots and humans in the same frame with a bit more ease.

The better handling of the action scenes somewhat distracts away from the aforementioned nonsense about the survival of mankind being in the hands of alien robots, though that's not the only stumbling block for Bumblebee. An important part of Charlie's journey is finding her way back to her love of diving, which she gave up in the wake of her father's death, but it's handled rather unconvincingly. The film's pacing suffers as a result. And its inclusion of Cena's Burns as the human villain never really lands how it's meant to come across as, flip flopping between a self-serious military man and a mockery of those very traits, depending on what the situation demands.

But the film is able to overcome that partly thanks to Steinfeld's performance as the teenage lead, who makes you feel for Charlie and brings instant relatability to the role. She's a big reason the bond between Bee and her works for the viewer, in addition to the writing that is smart enough to hinge on nostalgia-heavy ‘80s references involving English rock band The Smiths and John Hughes' high school film The Breakfast Club among others. And it helps that Bumblebee iterates on the giant robot's past Transformers appearances — he has been part of all previous five movies — with more expressive eyes and body language, given the character is unable to communicate verbally.

Both Charlie and Bee have faced loss and are broken in different ways, and the film uses that human-machine connection to craft a well-meaning tale of compassion and friendship. That is the true emotional core, which is why Bumblebee doesn't allow itself to be side tracked by the potential human suitor in Memo, a relationship it instigates but always keeps from being driven down a predictable route, right till the very end. There's no way to fix the sexualisation, the robotic mess, and the endless backstory expansion perpetuated by Bay in past entries, but Bumblebee does set the Transformers franchise on a promising new path, one that inevitable future instalments — multiple prequels and spin-offs are in development — could do well to learn from.

Bumblebee is released in India January 4. It has no post-credits scenes.