Florence Pugh is the only victory for this vanilla Marvel movie. 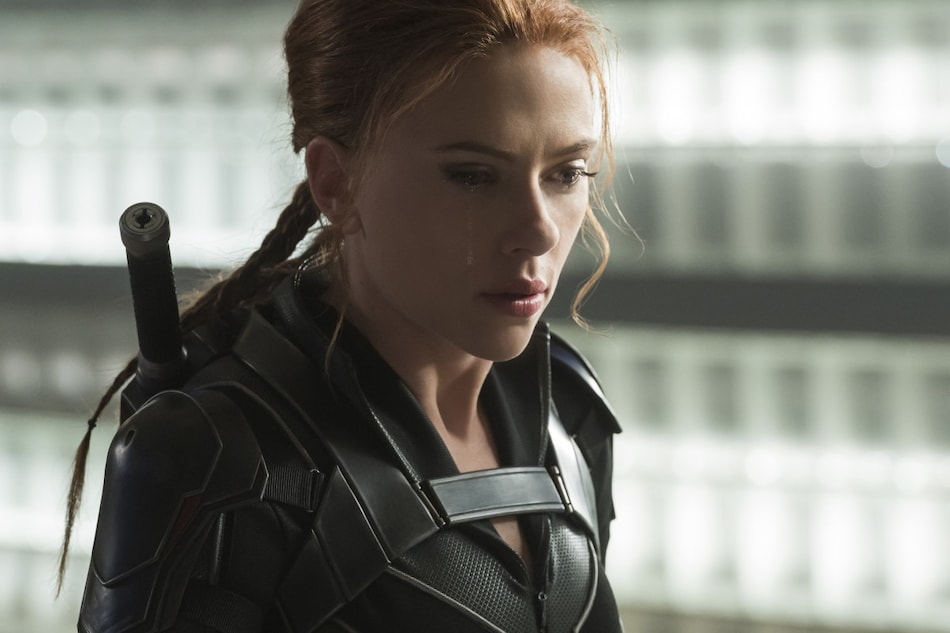 Black Widow — now streaming on Disney+ Hotstar, over a month and a half after its Disney+ debut — is frustrating on many counts. As an espionage action thriller, it's a mishmash of other movies of its ilk. A fisticuff between the film's female leads is reminiscent of the choreography and cinematography from Paul Greengrass' Matt Damon-led Jason Bourne films. Black Widow's early Budapest car chase is drawing on the energy of Tom Cruise's Mission: Impossible. Another shot in that sequence reminded me of the 2012 James Bond movie Skyfall, with Daniel Craig and Javier Bardem. A character even watches a Bond film during Black Widow — the 1979 Roger Moore-starrer Moonraker, to be specific — that serves as a bit of foreshadowing for events later in the Marvel movie.

At times, it almost feels like as if director Cate Shortland (Lore, Somersault, Berlin Syndrome) and her team studied the greats of their genre while scouring for inspiration — and ended up borrowing their best qualities. That may well have worked out. Unfortunately, Black Widow's action is an amalgamation that seems to be aping others, without ever getting close to those heights. The only spark of originality is the Marvel movie's self-aware nature. That allows it to skewer its title character's oft-used “hero pose,” or take down a braggadocio man-child who's overconfident in his abilities.

But the bigger crimes are reserved for the film's characters. Black Widow is too little too late for Scarlett Johansson's Natasha Romanoff, who deserved a full arc outside of her Avengers exploits. Instead, she's gotten a farewell flick. It also wastes its helmeted villain Taskmaster who had the potential to be a lot more. Thankfully, Florence Pugh's Yelena Belova is better served. Marvel never actually makes standalone movies, so a cynic could argue that Black Widow is essentially a $200 million (roughly Rs. 1,490 crores) backdoor pilot. This is Pugh's Marvel launch vehicle, as a replacement of sorts for the outgoing Johansson, who was killed off in the studio's biggest movie of all time, Avengers: Endgame.

And lastly, Black Widow is additionally frustrating for fans in India because it's the first Marvel Cinematic Universe movie in years to not release on time or in cinemas. Indian Marvel fans, especially those who watch English movies in local-language dubs, have had to endure a long wait. It's taken a while largely thanks to Disney+'s Premier Access day-and-date release strategy — that has separately drawn Disney into a lawsuit with Johansson, over reduced earnings from missing box office profits. And it's skipping cinemas thanks to Marvel's packed slate, what with Shang-Chi and the Legend of the Ten Rings out the same day in cinemas.

Black Widow opens in 1995 suburban Ohio, where a young Natasha (Ever Anderson) and Yelena (Violet McGraw) pose as a family with their Russian KGB undercover parents, Alexei Shostakov (David Harbour, from Stranger Things) and Melina Vostokoff (Oscar-winner Rachel Weisz). If this sounds like Marvel's take on the award-winning The Americans to you, well, it is. But only briefly — maybe Disney+ will order a prequel series with Harbour and Weisz one day. That's because the pretend family is soon forced on the run. Natasha and Yelena are taken away to begin their training in the Red Room, at the behest of General Dreykov (Ray Winstone, from The Departed), who sees little girls as disposable assets for his spy programme. He's a glorified human trafficker.

Cut to 2016, when a grown-up Natasha (Johansson) is again forced to be on the run. This time, she's in violation of the Sokovia Accords, the globally ratified regulations established in Captain America: Civil War that prohibit superheroes to operate on their own. Natasha takes off to Europe, where — inevitably, because it's a movie — her life immediately collides with the grown-up Yelena (Pugh) who's been working as a Widow out of Budapest. Yes, Black Widow finally tells us what happened in Budapest, paying off a (throwaway) setup first introduced all the way back in 2012's The Avengers, where Natasha and Clint Barton/ Hawkeye (Jeremy Renner) evoked the Hungarian capital during the climactic battle with the Chitauri in New York City.

Spoilers ahead for Black Widow. Stop reading if you haven't seen the Marvel movie yet.

That's not central to Black Widow though, it's just filling in the blanks. This is a movie about Natasha facing her past: the red in her ledger, and her former family. Natasha hasn't seen them for the better part of two decades when she encounters Yelena, and the reunion is far from pleasant. Yelena blames her “elder sister” for leaving her behind while she went and joined the Avengers, and it's clear that Natasha hasn't given it much thought. While the young Nat knew the family was make-believe, it was all real for Yelena. That has left deep, permanent scars. In a pivotal dinner table scene in Black Widow, where every member of the family is arguing and lashing out at each other, Pugh's Yelena is the only quiet one — reliving her childhood is naturally upsetting for her.

From Black Widow to Money Heist, What to Watch in September

It helps that Pugh is terrific in the role. She delivers with the pathos (you can really feel for her in that dinner table moment) and comedic timing (the “hero pose” joke is hers, as is a graphic description of female sterilisation that you wouldn't expect to be funny, but oddly is). Both those contrasting elements are tied together in Pugh's dynamic with Harbour, whose Alexei is a tortured man consumed by the life he didn't live. As the only Super Soldier in the East and dubbed the Red Guardian, he believed himself to be the Soviet counterpart to Captain America — and holds onto that larger-than-life dream even decades later. In reality, Alexei failed his daughters, as they tell him over and over on Black Widow. Melina is the most reserved of them all, having shut herself off from (emotions and) the world.

As for Natasha's ledger bit, Black Widow writer Eric Pearson (Thor: Ragnarok, Godzilla vs. Kong) — working off a story developed by WandaVision creator Jac Schaeffer, and The Disappearance of Eleanor Rigby writer-director Ned Benson — decides to make it darkly personal. What could be the worst thing that Natasha could do? In Black Widow, we discover that as part of her defection to S.H.I.E.L.D., Natasha was tasked with taking out Dreykov. To ensure his death, she blew up a building while Dreykov was inside with his daughter Antonia (Ryan Kiera Armstrong). Yes, the person who is all about protecting little girls, killed an innocent little girl as collateral damage. But as is typical of the MCU where no one really dies, Dreykov somehow survived — and so did Antonia, albeit disfigured.

That last bit is in fact Black Widow's big twist, in that Taskmaster is a grown-up Antonia (Olga Kurylenko, from Quantum of Solace). But that is precisely where it goes wrong. By hiding Kurylenko, Black Widow wastes the opportunity to flesh out Antonia. Natasha is the villain from her perspective, that's great complicated material. Sadly, Black Widow doubles up on the crimes by making Antonia a literal puppet of her father. She doesn't need to be controlled to go after Natasha, who literally blew her up when she was but a kid. That's motivation enough. But Black Widow frustratingly takes that away from her. All to make its larger point about the villain Dreykov — and its #MeToo theme that it's pushing. Black Widow would've been more powerful if it allowed Antonia to own her story.

Coming in the wake of Endgame, where Natasha gave her life for a greater cause, Black Widow was always going to fight an uphill task. There was limited manoeuvring room for her standalone venture — it couldn't be set after Endgame. And it found itself pigeon-holed by the events of all the other MCU movies that involved her. The annoying thing is, Black Widow has been due for over half a decade. But Marvel Studios hemmed and hawed over the years, and its (delayed) arrival feels like an apology of sorts to fans of both Black Widow and Johansson. Yes, we finally have something, but ultimately Black Widow serves the MCU more than it does Johansson or the audience at this point.

Its only victory is Pugh who will move onto the Disney+ series Hawkeye, as the Black Widow post-credits scene reveals, and maybe a Black Widow 2 down the line. Fans are left wondering what could have been. And Johansson is left fighting a lawsuit against the world's biggest entertainment behemoth — a mission that seems too much even for Natasha's capabilities.