Bouts of frenetic action drowned out in lazy exposition. 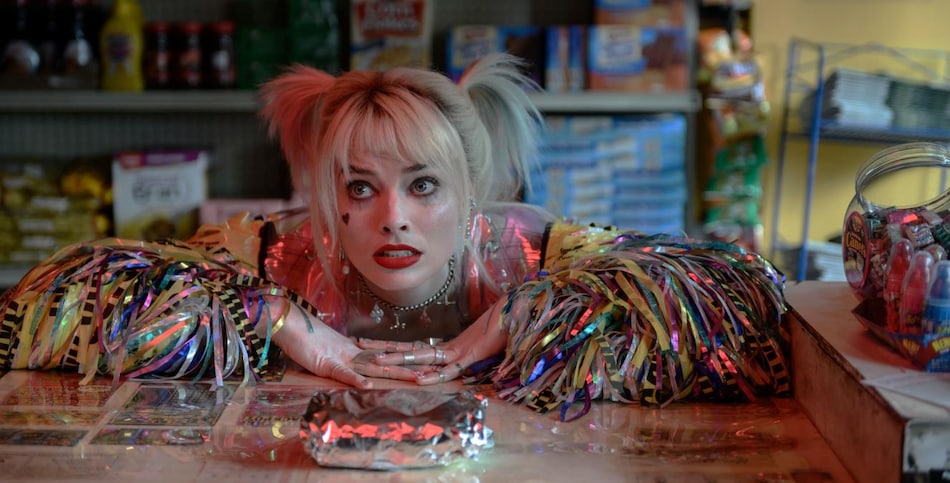 Margot Robbie as Harley Quinn in Birds of Prey movie

A little over four years ago, as part of the early expansion of its Marvel Cinematic Universe rival, DC gave us Suicide Squad, an edgier, darker version of Guardians of the Galaxy, so to speak. (That analogy has now been further cemented by the fact that James Gunn, the writer-director of the latter is in charge of a soft reboot of the former, due in August 2021. It's a small world, what can you say. But we digress.) Suicide Squad was a monumental disaster — albeit not commercially with nearly $750 million at the worldwide box office — with the only highlight being Margot Robbie's delightful, zany character Harley Quinn. She infused her with so much life that it literally begged to be broken off from that ugly dumpster fire of a film. And well, it's happened.

Birds of Prey — or Birds of Prey (and the Fantabulous Emancipation of One Harley Quinn), as goes the full unwieldy title — is the result of that exercise. To set itself apart from its predecessor, it veers wildly away both visually and tonally: a bright candy colour palette à la Thor: Ragnarok, and fourth wall-breaking commentary à la Deadpool. Suitably, its action scenes lean into those traits and mannerisms, playing up copious amounts of bone-wracking violence for laughs amidst pops of glitter and coloured smoke at times. This in-your-face approach is courtesy of relative newcomer director Cathy Yan, whose only previous feature-length credit is the 2018 Shanghai-set dark comedy Dead Pigs, and the writer Christina Hodson (Bumblebee).

But the new DC movie severely lets itself down with its narrative choices. Birds of Prey relies on Robbie, who is responsible for the aforementioned commentary, to power the film with near-constant narration. Though this is responsible for a lot of its humour, it also becomes a tool and an excuse to cover for the tons of exposition it needs to dump on your head. (It also masks the lack of plot and forward momentum.) For a movie that prides itself on its freshness and ingenuity, this is both lazy and poor. Birds of Prey would have been better served leaning further into what works, more so given its inherent disinterest or inability to really dig into its motley of characters, who are either drawn from the eponymous superhero team or Batman: The Animated Series.

To justify Harley's separation from the rest of the squad, Birds of Prey opens by telling us that she has returned to Gotham City and broken up with the Joker (Jared Leto's, not Joaquin Phoenix's). But trying to be on her own isn't the greatest of ideas, since a partnership with the Joker grants you virtual immunity to do as you please. And that's important for someone like Harley, who loves making enemies in all places. Stripped of that power, she discovers that half the town wants her dead, including the narcissistic rich-kid villain Roman Sionis / Black Mask (Ewan McGregor), who shares a quasi-homoerotic dynamic with sadistic right-hand man Victor Zsasz (Chris Messina). And then, things get worse.

Without the Joker's protection, Harley also ends up in the crosshairs of Gotham police, namely one dogged detective Renee Montoya (Rosie Perez), who's also building a case on Sionis. The running joke on her is that she talks like an officer out of a bad ‘80s cop movie. Caught between the two, Harley ends up in Sionis' net. With her life about to be snuffed out, Harley offers to help the villain secure a diamond MacGuffin that was stolen by pickpocket foster kid Cassandra Cain (Ella Jay Basco). This also pulls in the kid's neighbour and singer at Black Mask's club, Dinah Lance / Black Canary (Jurnee Smollett-Bell), and a mysterious assassin called Helena Bertinelli / Huntress (Mary Elizabeth Winstead). But not everyone has the same level of involvement in the story.

Out of everyone, Winstead has the least to do on Birds of Prey, a shame for an actor of her calibre. Especially when you consider how relatable and likeable she is in the little time she's afforded. Perez and Smollett-Bell are given slightly more to work with, but their characters feel constrained to a single note, that of sexism in the workplace and running away from family legacy, respectively. Basco's Cassandra is the only one, apart from the titular female, who has range. And as she was on Suicide Squad, Robbie is an endlessly captivating presence — only this time she's not drowned out by the cacophony around her. The only competition to Robbie is delivered by the fascinating, scene-stealing turn of McGregor, as nastiness oozes out of him.

But his ferocity is somewhat neutered by the plot armour doled out to Birds of Prey's protagonists, who are kept alive by Black Mask because the film needs them more than he does. Elsewhere, characters behave stupidly for the sake of the plot at times. The much bigger issue for the new DC movie though is its struggle to define what it's about. On a surface level, it's about a reckless individual figuring out how to live a life that's not dependent on someone who bosses you around. At a deeper level that it takes forever to get at, Birds of Prey wants to be about the power of sisterhood — though the film's women spend most of the running time fighting each other. What does stand out is that men are always the problem, and women need to look out for each other.

In the absence of resonant themes, it's the action that hogs the spotlight, with Yan clearly taking pains to be creative in her approach. She benefits from the fact that there are no superpowers on Birds of Prey — save for one foreshadowed occasion — which keeps it from dissolving into the standard DC issue of everyone punching each other really hard. To her credit, Yan creatively uses slow motion and introduces new elements that are fitting of Harley's personality, including roller skates, acrobatics, and baseball bats. Not only do they look cool, they also fulfil the aim of showcasing girl power. And it's further improved by tiny touches, such as Harley offering someone a hair tie in the middle of a fight. At the same time, certain set-pieces do discount on logic or lack the proper ebb and flow.

Ultimately, Birds of Prey ends up being a disappointment, for the moments of explosive, violent fun — it's certified “A” in India and rated “R” in the US — are more than cancelled out by its expository stumbles. And minus a stellar box office run, its future too seems unclear, given how it ends with the formation of the eponymous crime-fighting group minus Harley, who's on her way back to a new Suicide Squad, under Gunn. That will be Robbie's third turn as the character, making her a prominent figure in the DC film universe alongside Gal Gadot's Wonder Woman. But there's never been a larger plan for her. Thanks to DC's failings, three different writers have all done their own thing. Hopefully, one day, someone can emancipate Harley from that.

Birds of Prey is now playing in cinemas across India. There's a post-credits audio scene that's not worth the wait.