Big Bang Theory Spin-Off Young Sheldon Is on Prime Video but Is It Worth Your Time? 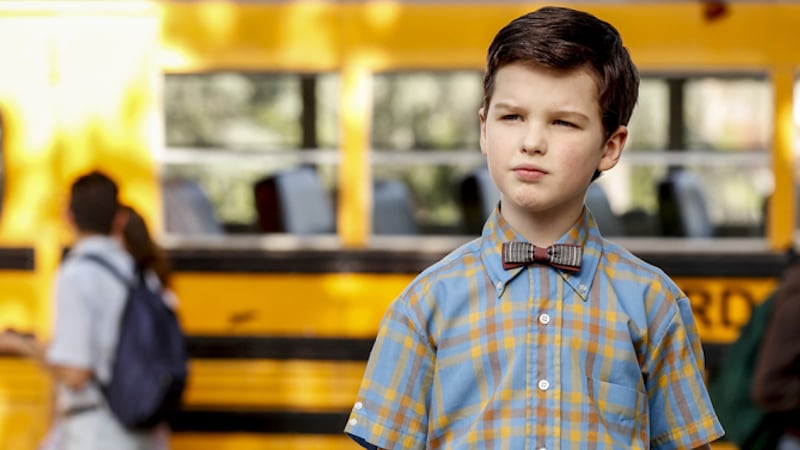 The Big Bang Theory is now running in its 11th season, which started a week ago. The show remains a juggernaut in the US with remarkably high ratings consistently over the years. After being on the air for more than a decade, it's reached a stage where just about anything could be said and shown on screen, and as long as the laugh track plays on time, people may well tune in. Now, we also have Young Sheldon, a spin-off based on the childhood of Sheldon Cooper, the insufferable genius who has no understanding of humanity.

In the pilot, we see a few events that have been referenced in The Big Bang Theory in the years past, but by and large the spin-off is a self-contained show so far, which could really be any other sitcom. The show, available in India via Amazon Prime Video, also has one striking difference from the original that inspired it - there's no laugh track this time around, and although that sounds like a small change, it is a welcome one in our book.

The Big Bang Theory was never a great show but it was often a lot of fun to watch, and it has a killer intro song. That it remains so popular even today means it must be doing something right, to appeal to so many people. However, some would say that the show started to wear out its welcome by around the seventh season. Part of the problem is that despite the premise, the geek culture the show is ostensibly about was only ever treated superficially. Oddly enough, Community was the show that actually got geek culture, while The Big Bang Theory writers have shown a better understanding of Friends' scripts.

Young Sheldon has a simpler time in many ways, because it deals more with the standard tropes of a fish out of water high school comedy. It's more familiar, and the writers are able to build something relatable out of it even while dealing with the character of Sheldon, who vacillates between being a protagonist you can sympathise with, and a thin grab-bag of words taken from the thesaurus.

The best thing about the episode is actually the first few moments, when "young" Sheldon is playing with a model train, and uses it for a simple demonstration of momentum. There's a simple joy to the scene, and it actually shows us who Sheldon is, and what he cares about.

Moments where we have to connect that to the grown up Sheldon character are the weakest - when he talks to the bully using needlessly long words, or the "grooming code" scene in class, for example - and feel “forced", leaving you wondering if a ‘bazinga' or a laugh track is about to be forced down your throat.

At the same time, you also get moments that are in disagreement with the character as we've seen him in The Big Bang Theory. For example, in the pilot, Sheldon's sister wants to watch DuckTales while he wants to watch Professor Proton, he says that they can't watch DuckTales because you don't learn anything from DuckTales. Having watched The Big Bang Theory, you know that doesn't make sense, since a grown-up Sheldon is clearly not against watching TV shows just for fun.

The Sheldon we meet on The Big Bang Theory is also a complete fanboy who complains bitterly that Firefly was canceled, and can talk endlessly about Star Wars, Star Trek, and Indiana Jones. He's learned Klingon, and nearly fainted when presented with a napkin that was used by Leonard Nimoy. We did see on The Big Bang Theory that Sheldon idolises Professor Proton, but he certainly wouldn't be dismissing DuckTales in this way.

Small niggles aside, Young Sheldon remains a fairly watchable show. It's certainly not "Peak TV", but remains a funny-enough sitcom that you could give a try, if for no other reason than because there's no laugh track in the pilot. No bazingas yet either, though let's not get too hopeful - you know that the writers are going to work that in soon enough.

IBM Has More Employees in India Than It Does in Its Home Nation, the US: Report
Reliance Jio Says Digital Innovations Must Be Brought to Grassroots