Ant-Man and the Wasp Movie Review: A Celebration of Visual Gags 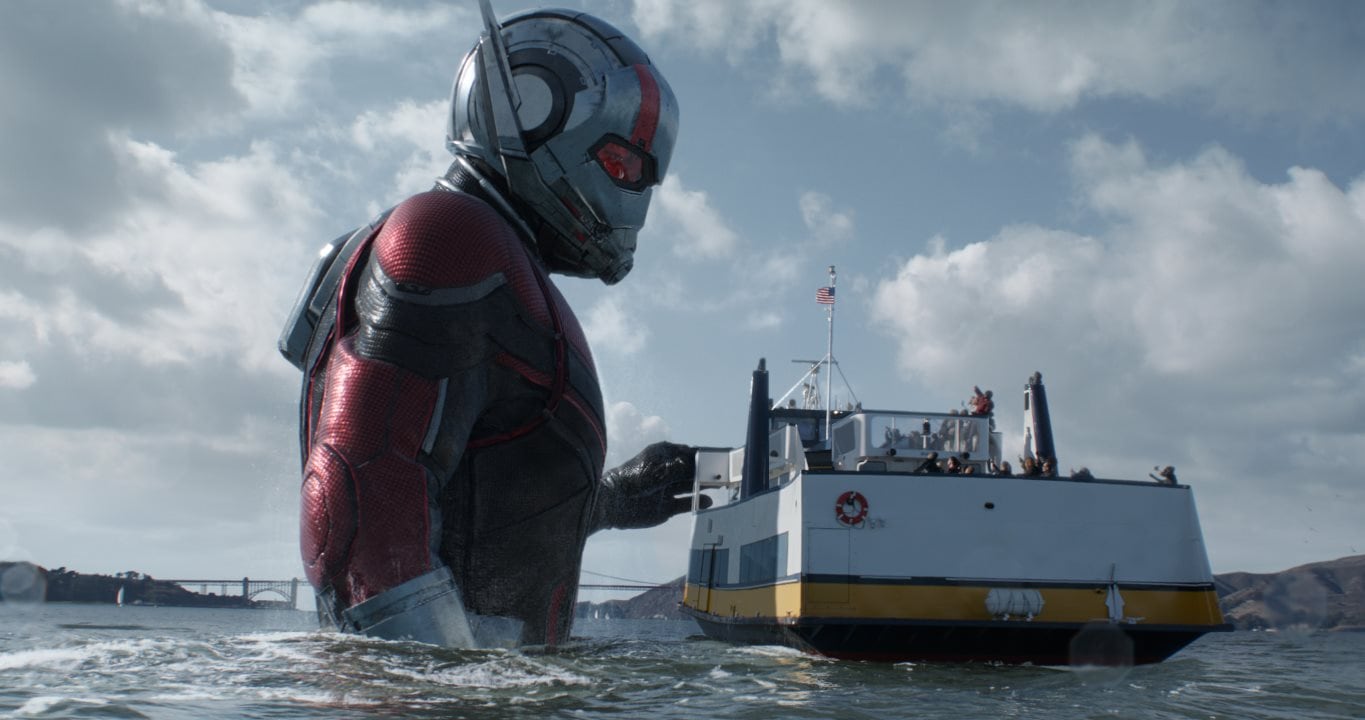 Paul Rudd as Ant-Man, getting really big in Ant-Man and the Wasp

Less than three months since the grim tidings of Avengers: Infinity War, Marvel has a new movie – its third this year and twentieth overall, as part of the universe which shows no sign of slowing down – that's now playing in theatres across India: Ant-Man and the Wasp. The film is a complete tonal shift and it's not affected by the world-ending events of Infinity War, since it takes place prior to Thanos' infamous finger snap. A mid-credits scene brings it up to speed with events elsewhere, but it still doesn't explain Ant-Man's absence from that mega-crossover.

The Ant-Man sequel isn't here to push the Marvel Cinematic Universe forward – the only (minor) way it does that is by putting a female superhero in the title, which is a first for Marvel – but rather give viewers a nice and breezy time at the cinema, filled with visual gags and a bunch of one-liners that mostly rely on a clever use of Hank Pym's (Michael Douglas) shrinking and enlarging tech and the winning eccentricities of the characters that make up the ensemble.

Ant-Man and the Wasp has a straightforward premise: Pym and his daughter Hope van Dyne (Evangeline Lilly) want to bring back her mother Janet (Michelle Pfeiffer). She's been lost in the quantum realm for 30 years, but Scott Lang's (Paul Rudd) successful return in the first film has given them renewed hope that she might still be alive. The film ends with them completing said objective, with a bunch of obstacles thrown in to make up stakes (read: the runtime).

Scott, meanwhile, has got himself into a pickle – an extended house arrest – due to his antics in Captain America: Civil War, which form the basis for a hilarious and meaningless expository dump towards the beginning of the film, delivered by an FBI agent and parole officer (Jimmy Woo) to Scott's daughter Cassie (Abby Ryder Fortson) in what starts off as an analogy to a child being punished for scribbling on school walls but then goes off the rails as Cassie looks on utterly perplexed.

Since Ant-Man and the Wasp is already out, we can now discuss and dissect the film's narrative and characters, the peculiarities of its humour and why it works, and how it's rather forgettable. We'll need to dive into spoilers to do all that, so now is the time to stop reading if you haven't seen the film. Warning: spoilers ahead for Ant-Man and the Wasp. Proceed at your own risk.

As expected from the title, Hope aka the Wasp has a much bigger role in the new chapter. She already had the smarts as we saw in the 2015 predecessor, unlike Scott who has no grip on all the science stuff that goes into the suit. (At one point, he jokingly wonders if they just put the word ‘quantum' in front of everything, which also works as a in-the-know insert from the writers.) And now, she also has her own suit which is better than Ant-Man's: it has wings and blasters.

A big critique of the original Ant-Man was forcing its more competent female character into the background in lieu of a much less competent male protagonist. The film justified this by noting that Scott was disposable while Pym couldn't bear to risk his daughter in the mission, having lost his wife – her mother Janet – three decades ago. Problematically, it ended up falling into a trope. Hope's line at the end of that film (“It's about damn time.”) was recognition of that, and the sequel can deliver the goods.

Evangeline Lilly as Hope van Dyne aka the Wasp in Ant-Man and the Wasp
Photo Credit: Marvel Studios

From the start, the Wasp not only leads the way but she's also more intelligent and adept in her heroism. She displays more skill and effectiveness in taking out the bad guys, and she even saves the male hero when he passes out in the San Francisco Bay after getting too big. All that leads credence to her retort when she first sees Scott after his Civil War Berlin antics: he would have never been caught if he had asked her for help.

Ant-Man and the Wasp is similarly smart with its new white-suited “villain”, Ava Starr aka Ghost (Hannah John-Kamen). She received her superpower ability of phrasing through objects owing to an accident involving her father, a quantum-energy researcher who worked with Pym at one point but was kicked out by the former Ant-Man. In attaching her grievances to Pym's troubled past and her goal of saving herself, she becomes a sympathetic character and far from a villain in the traditional sense.

Unfortunately, that treatment doesn't extend to the film's other villains led by Sonny Burch (Walton Goggins). Not only is he motivated solely by profit, his presence seems to be shoed in just to act as hurdles that our heroes have to jump over now and then, and not because he actually matters to the plot at large.

The supporting characters on the side of Ant-Man and the Wasp fare much better, with the sequel finding time to deliver scene-stealing sequences for most of them: Scott's moments with Cassie are endearing, Hope's deadpan interjection when Scott and Hank's old friend Bill Foster (Laurence Fishburne) start geeking out over how big they've gotten in the suit, Scott-as-Janet speaking to her family from the quantum realm delivering some terrific moments, or the truth-serum debate centred around Scott's former cellmate and friend Luis (Michael Peña).

It's the last of these – recurring gags – that power so much of the humour in Ant-Man and the Wasp, be it the malfunctioning new Ant-Man suit, Pym's collection of vehicles that can be shrunk and blown up, or throwaway things such as Scott learning card tricks to entertain Cassie. The advantage of such call-back moments is that it rewards the audience for remembering little details, and in other places, it makes them feel smart because they know what's about to happen.

On the action front, Ant-Man and the Wasp expands on the first chapter's inventive use of shrinking and enlarging things/ people, giving us joyous moments such as Giant-Man ‘skateboarding' on the streets of San Francisco using a semi-trailer truck, a blown-up Pez dispenser being used as a weapon of sorts, or the use of toy cars during chases that's both comical and useful.

But though it's quite enjoyable from beginning to end, the film's dramatic underpinnings lack any weight because there's little legwork done to support them. The villains in both Ant-Man films are a cause of Pym's way of life, which seems to involve pushing away people, but the sequel can't explore that properly owing to its frivolous nature (a trait it shares with Thor: Ragnarok). It's more than happy to deliver a fun-filled movie evening, one that's both light-hearted and light-weight.

On the back of Infinity War's shocking conclusion, some will embrace and celebrate the silliness of Ant-Man and the Wasp, while others will lament how little it matters in the bigger picture. Both sides have a point, and what you take away from it will depend on your expectations when you walked in.

Ant-Man and the Wasp

Your Password Has Likely Been Stolen. Here's What to Do About It.
Xiaomi Mijia Quartz Watch With Calorie Counter, Pedometer Launched