American Gods Recap: Season 1, Episode 2 "The Secret of the Spoons" 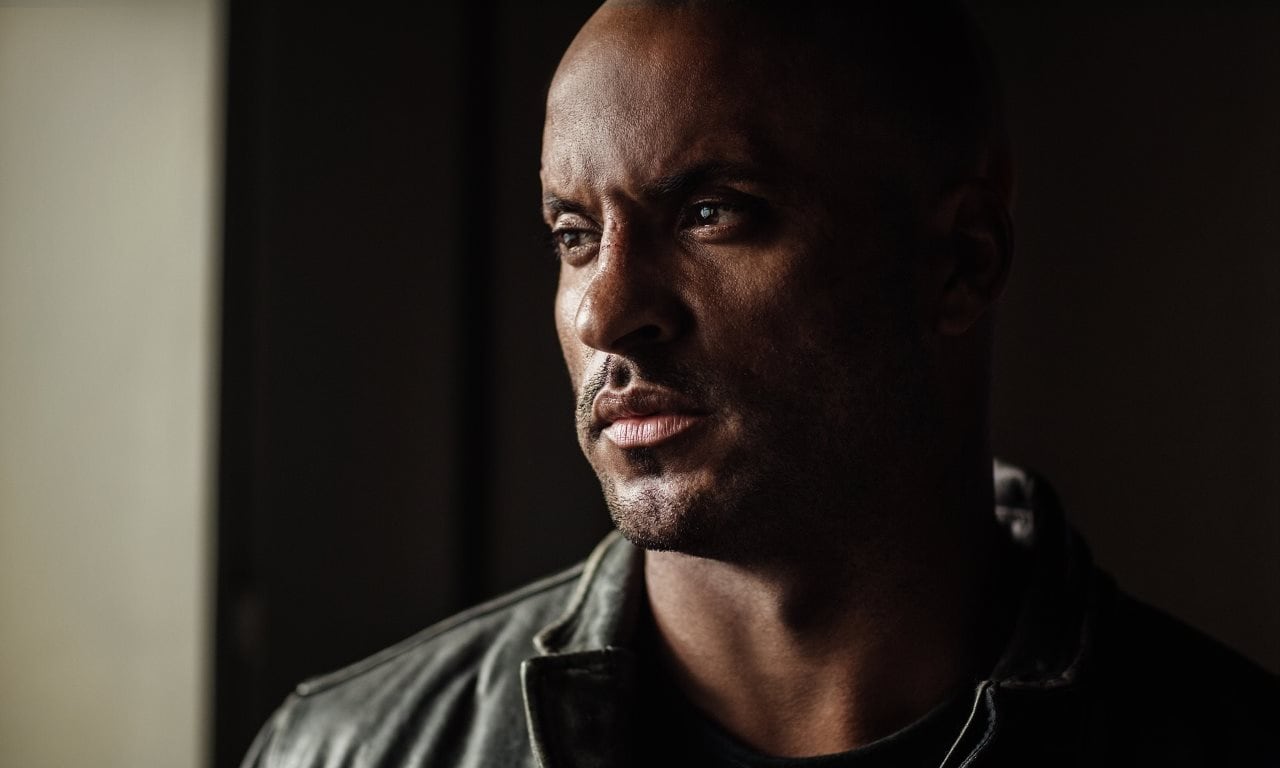 At the end of episode two, "The Secret of the Spoons", it'd be easy to argue that Shadow's life was possibly safer - if not better - during the three years he spent in prison. Ever since he's got out, people have been after him, thanks to his new employer Mr. Wednesday.

Note: spoilers below for the second episode of American Gods.

First, Technical Boy's minions lynched Shadow towards the end of the pilot, only for him to be rescued by a mysterious saviour. And now, he's under the hammer, having lost to Czernobog (Peter Stormare) in a game of checkers. Czernobog’s penchant for self-rolled cigarettes, and a lust for ‘sunrise blood’ on his hammer helped the creators of American Gods continue their love for visual flair, and splendour.

But before we were introduced to a whole new bunch of characters – Gillian Anderson as Lucille Ball, and Cloris Leachman as Zorya Vechernyaya among them – we began with another 'Coming to America' vignette, like last week. On a slave ship in the year 1697, we are introduced to the African god Anansi, who has been depicted in folklore as both a spider, and a storyteller.

That continues on the show, too, in the form of a multi-coloured tarantula, and a man in a lush purple suit, who regales the chained men with stories from their future. Orlando Jones plays the latter, in an outfit and demeanour more befitting African-Americans from the 20th-century jazz-era, than the 17th-century ship he’s on, even as slow jazz scores the scene. Nonetheless, his words are enough to get the slaves to burn the ship, and kill everyone on board.

“The only good news is the tobacco your grandkids grow for free will give a whole load of motherf—ing white people cancer,” Anansi tells them, right before the riot. Guess that wasn’t good enough for them.

We return to a bloodied Shadow getting his wounds stapled, and then banging on Wednesday’s door demanding answers. He doesn’t get many, but the old man does reassure him that he won’t let such actions pass. “An assault on you is an insult to me,” he says. “Don’t think because I didn’t lose my temper I’m not angry, or am lacking a plan.”

That plan, seemingly, involves the man – Czernobog – who loves dealing a forehead blow with his mighty hammer. Like many others on this show, the character is the embodiment of people’s beliefs and prayers, which in this case turns out to be the Slavic deity Chernobog, whose name means “black god”. To see him, Shadow and Wednesday travel to Chicago, which was chosen by American Gods author Neil Gaiman as it was a big immigration point for many Russian and Polish people in the last century.

During the dinner conversation that follows, Czernobog refers to his brother a few times, comparing Shadow’s life as a black man in America to his own experience where he comes from. Czernobog refers to himself as black, and his brother as white – who is known as Bielebog the “white god” in Slavic mythology, but not yet mentioned on American Gods.

Shadow willingly puts his life at stake for a game of checkers, considering the absurdity of the events he has observed in recent days. “If all this is real, and TVs talk, and she can read fortunes, and hammers bleed, and if there is a world under a world," Shadow chuckles, and then adds, "Yo, f— it. Is good."

His words refer to some of the new cast members the second episode introduced. Gillian Anderson appears to Shadow while he’s shopping in a Wal-Mart, taking over the store’s TV section as he’s passing by. It’s straight from the book in the way it plays out, with Anderson playing a reincarnated Lucille Ball from the 50s sitcom I Love Lucy. Or Lucy Ricardo, she reminds us, as the character was called on the show.

As with the introduction of Technical Boy in the pilot, this scene too doesn’t care to be inviting to viewers in any way. Anderson is playing Media, one of the New Gods, and she introduces herself saying: “The screen’s the altar. They sit side by side, ignore each other, and give it up to me.” Media even refers to the use of tablets, and smartphones as a second screen, which only furthers said worship.

She cajoles and then threatens Shadow into working for her. “Whatever the old guys are giving you, I can give you so much more. You name it, honey. What do you need? Hey, you ever wanted to see Lucy’s tits?” Media continues, as Lucy, and then adds: “Don’t fight gravity, Shadow. Guys like you end up as suicide every time. I’m trying to help you.”

And when a shaken Shadow arrives back at the diner, he passes a man with black sunglasses with flames in his eyes, who’s identified as The Jinn in the show notes. They're described as supernatural creatures born out of fire, which explains the eyes. The character is set to have a bigger role in next week’s episode.

A Spoiler-Free Guide to the Gods of American Gods

That leaves Czernobog’s relatives, the three Zorya sisters, of which only two are seen in this episode. The oldest among them – Zorya Vechernyaya, played by Leachman – can tell fortunes from tea leaves, and likes a good vodka drink. The second – Zorya Utrennyaya, played by Martha Kelly – is much more reserved, though she loves run-of-the-mill romance fiction. Together, with the unseen Zorya Polunochnaya, they portray the Morning Star, the Evening Star, and the Midnight Star, respectively.

Bilquis makes a return too. She seems to be keeping a steady diet of people consumed via her vagina, with men and women of all races equal targets. The character gets another scene outside her red room, as she visits a stone sculpture that’s hinted to have been made in her image. Gaiman adapted Bilquis from Ethiopic scriptures, where she’s better known as Queen of Sheba.

And the episode also provided us with a hint for Wednesday’s real identity. When Czernobog walks in, he calls the old man Wotan, which is another name for Norse god Odin. That would explain the character’s one-eyed nature, and put him on the top of the pile in terms of hierarchy, though he doesn’t seem to inspire much love from the Slavic gods.

Which is how we come full circle to Shadow’s life on the line, again. Book fans have an idea as to how he will escape the blow, but that’s only if the writers intend to stick to the page. In just two episodes, they have demonstrated they are willing to switch things up, with great effect for the most part.